Country Pursuits is one of the main missions available in Red Dead Redemption 2. Dutch convinces Arthur that they need to kill Angelo Bronte before they rob the bank. 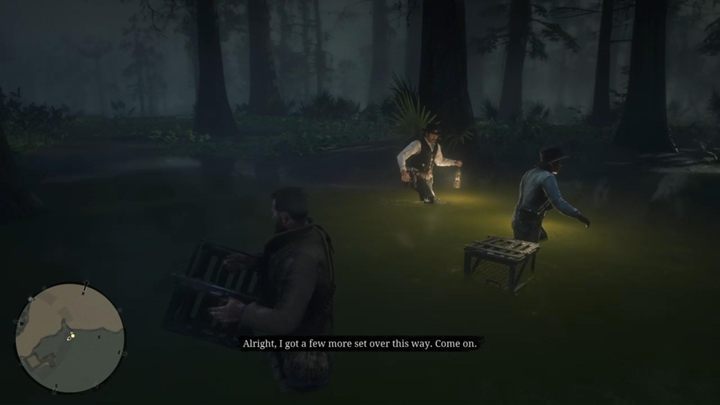 How to unlock: After "Urban Pleasures".

Walkthrough: Follow Dutch to his friend, a fisherman. The beginning of the mission is rather slow - follow the companions and checks the traps. Pay attention to their commands, i.e. when they order you to stand still when an alligator is nearby. 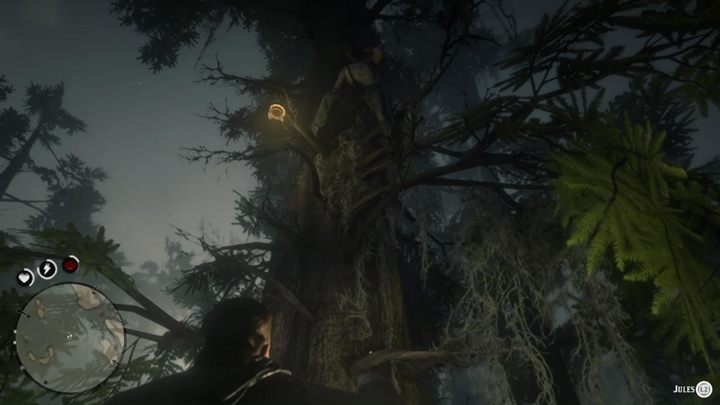 When you get separated, move towards the highlighted area. Approach the large tree, move a few steps back and use the light to spot Jules hiding in the branches. The man tells you about a giant alligator. 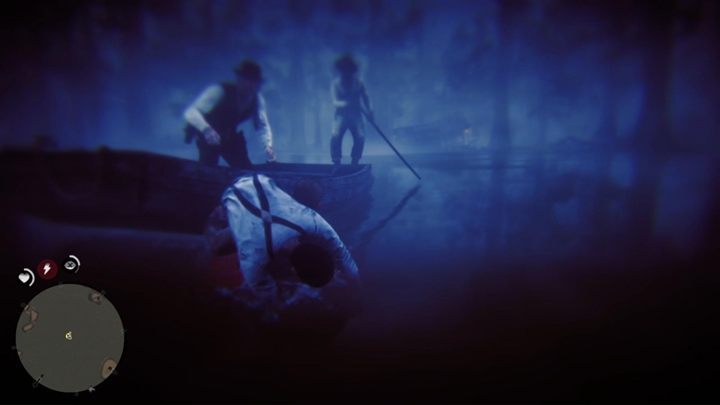 Get in the skiff. Jump into the water and help Jules when he gets pulled under water. Pick him up. Get Jules back in the skiff. Don't stop - Arthur is chased by an alligator. 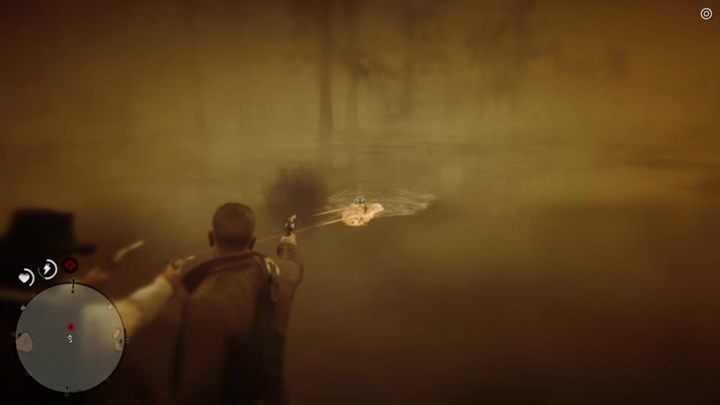 Get in the skiff and start shooting the large alligator. After that, you have to help Jules with his wounds. The "monster" appears again - shoot it. Finish the mission by reaching the shore.

How to get a gold medal in Country Pursuits?