A Bright Bouncing Boy is a multi-part side quest available in Red Dead Redemption 2. Arthur decides to help professor Marko Dragic in conducting his experiment.

The first meeting with Marko Dragic 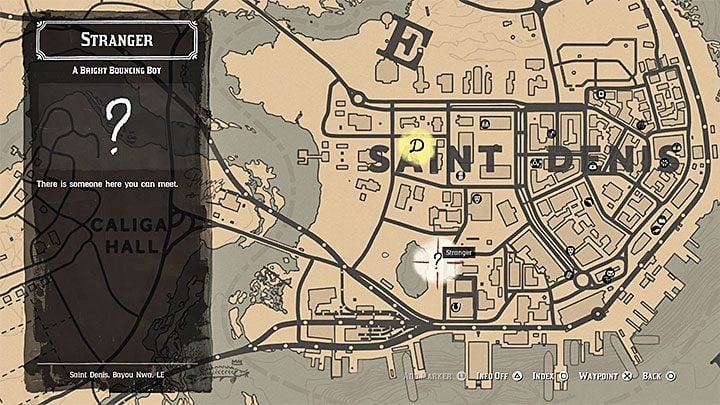 The first meeting with the professor can happen after making enough progress in chapter 4. The quest marker should appear near the small pond in Saint Denis. 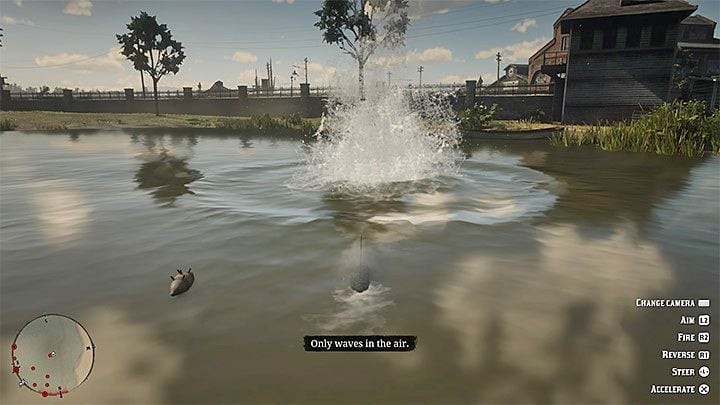 In the first part, Arthur has to control a remote submarine twice. The controls are displayed in the bottom right corner of the screen - you can steer left or right, accelerate, slow down and use reverse.

Avoid the mines - they work like a magnet and can start to move slowly towards your boat. The goal is to sink the ship models - do that with torpedoes. Remember to keep a safe distance from explosions. Sink all the ships and go back to the port. 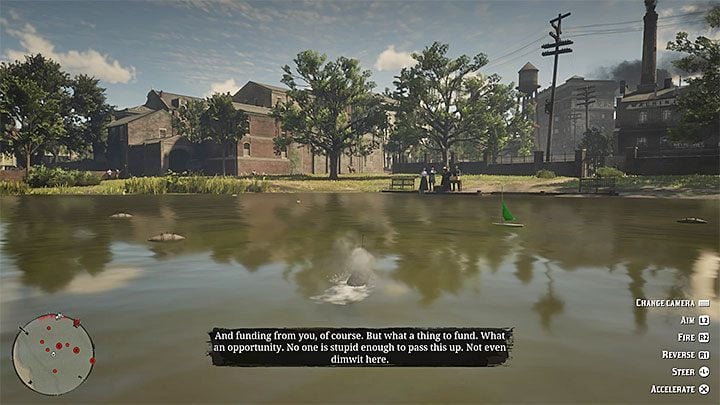 The second submarine challenge is a little bit more difficult - you need to sink the marked ships before they reach the opposite part of the pond. Remember - your targets are moving. Watch out for the mines and stay away from explosions. Destroy the targets, and go back to the "port".

The second meeting with Marko Dragic 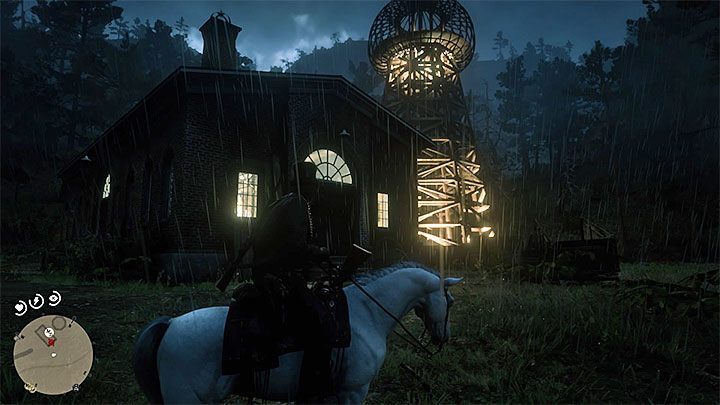 The next meeting with the professor is in Doverhill - go to the large building near the railway tracks in the northern part of the map. Arrive here during the night.

Speak with Marko Dragic - the man gives you a Detector and 3 Lightning Conductors. 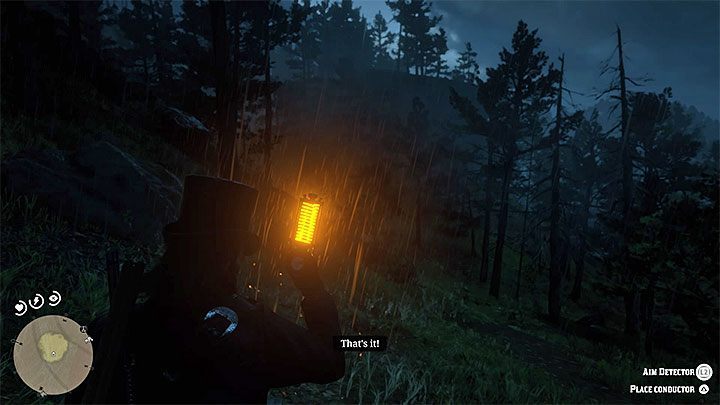 Arthur must place lightning conductors in the right places. Every procedure must start with him using the detector (hold the aim button). Spin Arthur until the detector's lamp starts pulsing with the highest frequency - this informs you that you are moving in the right direction. Head in that direction. Keep moving until the detector's lamp lights up completely (see the picture above). Thanks to that you know that Arthur is in the right spot - press the button displayed on the screen to place a lightning conductor.

Repeat this process with two other conductors. After that, you can go back to the scientist. 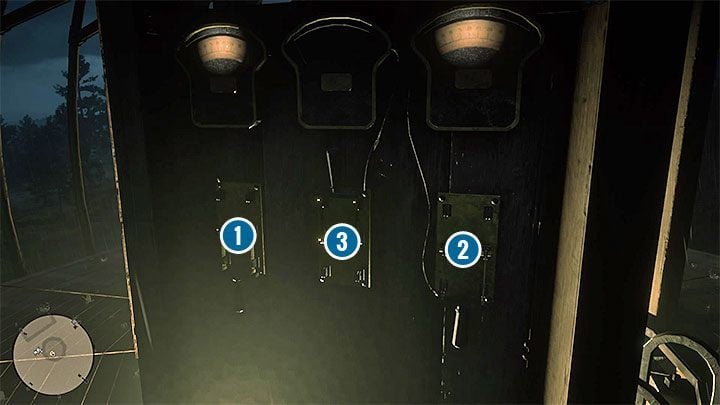 Arthur must now climb the tower. Use the ladder. Take a look at the console with three switches located on the upper balcony. Pull them by following the order presented in the picture above - the left switch, the right switch, the middle switch. 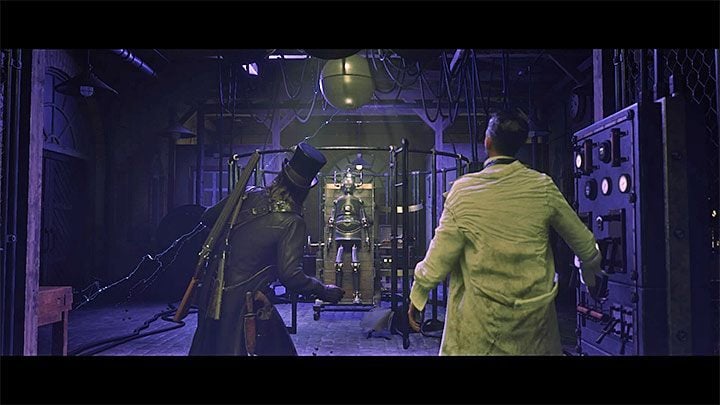 Go down. Watch the cut-scene during which the scientist "revives" his automaton (robot). 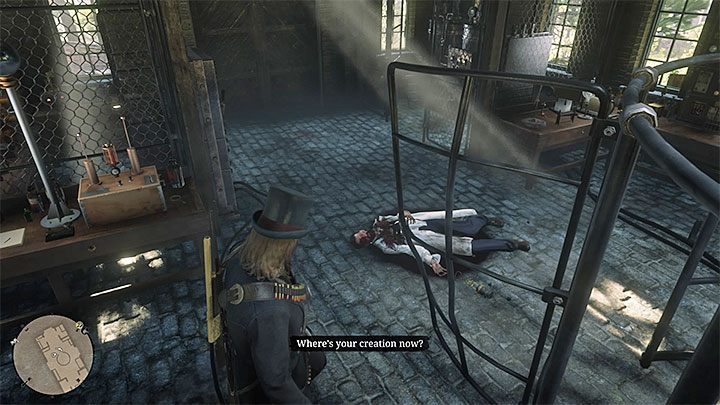 In order to complete Marko Dragica's story definitively, return to his laboratory after two days in the game world (you can speed up the passage of time using the beds). Check all entrance doors to the building to be sure.

You will find Dragic dead and the game will award you with the Artificial Intelligence achievement. Take a look around the lab. The most precious item is the Electric Lantern. You can also find two notes from Dragic, a collector's card and walerian (rare alchemical component). 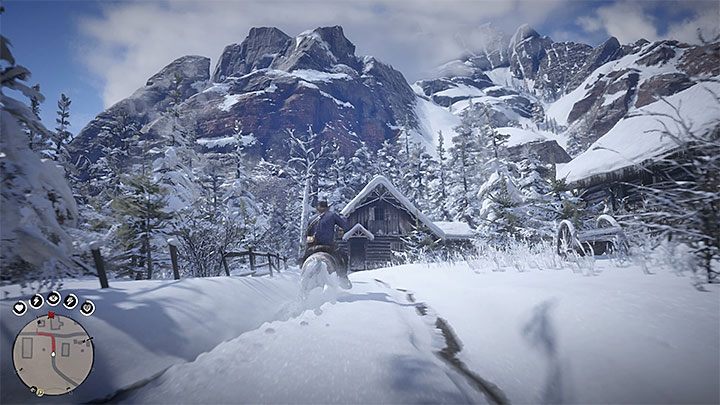 During your last visit to the laboratory, you probably noticed that the machine on which Dragic worked has disappeared. You can find a robot and this is one of the many easter eggs of Red Dead Redemption 2. To do so, you must return to the mining village of Colter, where the game prologue took place. Then start climbing to the top of a neighboring mountain. 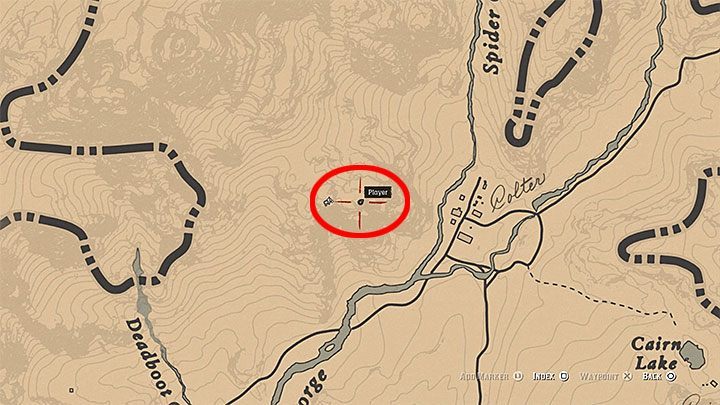 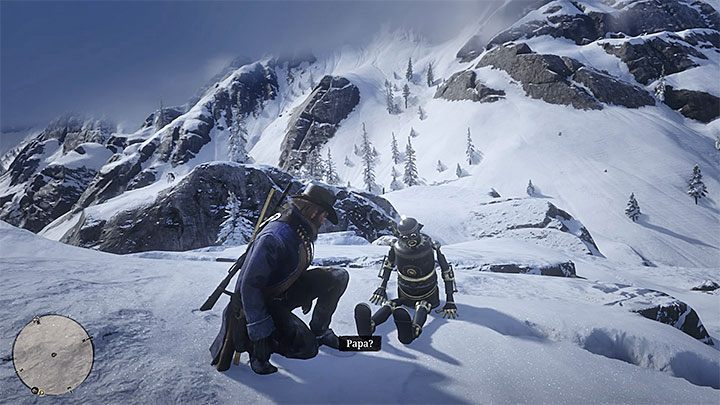 You will find the automaton you are looking for next to Colter, in the place shown in the pictures above. This is the north-western corner of the world map.