The Artist's Way is a multi-part side quest available in Red Dead Redemption 2. Arthur meets Charles Chatenay in Saint Denis.

The first part of the quest 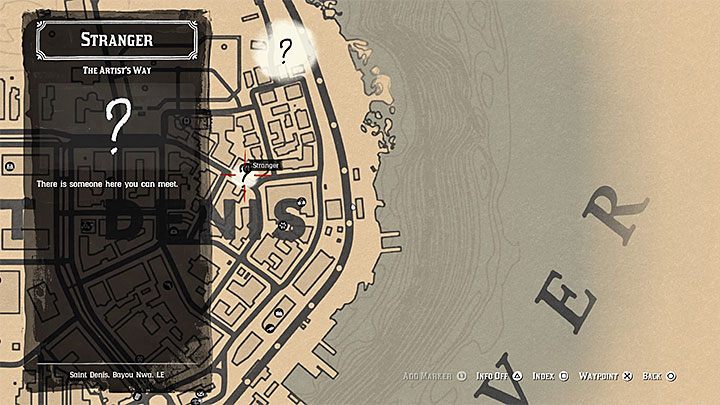 The quest marker for this mission should appear in Saint Denis sometime after starting the fourth chapter. Meet Charles in the saloon. Buy him a drink. After that the artist will give you Charles Chatenay's Sketch.

The second part of the quest 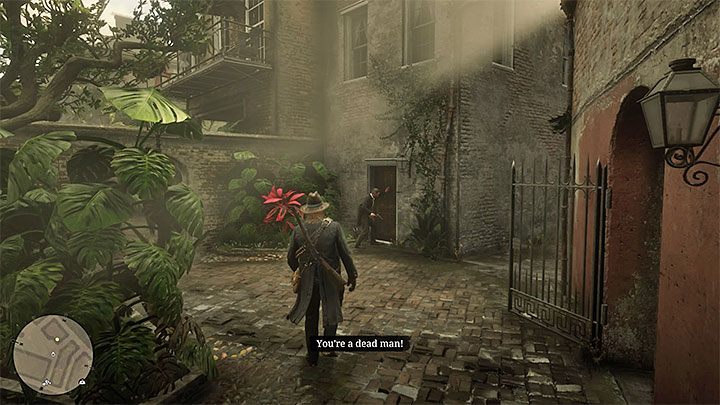 Wait for another quest marker to appear in Saint Denis. Reach the alley where you can find a man with a weapon, and Charles. Intervene to save Charles. The man with a weapon can be forced to flee without bloodshed.

The third part of the quest 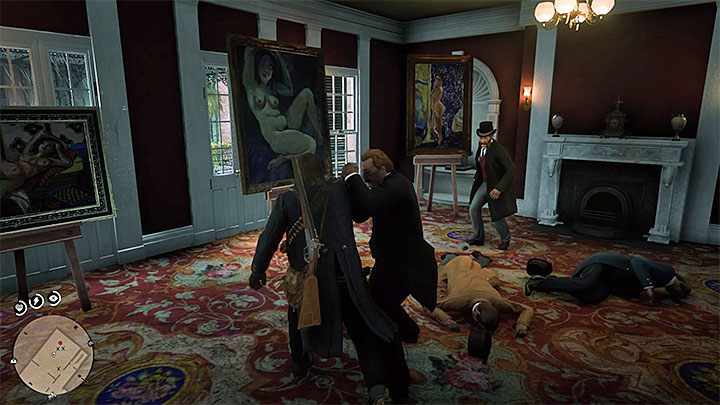 Wait for another quest marker to appear in Saint Denis. Visit the art gallery in Saint Denis. Go up the stairs and reach the opposite end of the room with paintings - you will meet the artist.

Watch the cut-scene. After that, a fight will break out. Beat a few visitors - they shouldn't be a problem to you. Leave the gallery with Charles. Keep following him until you reach the place where the quest will end.

Fourth part of the mission 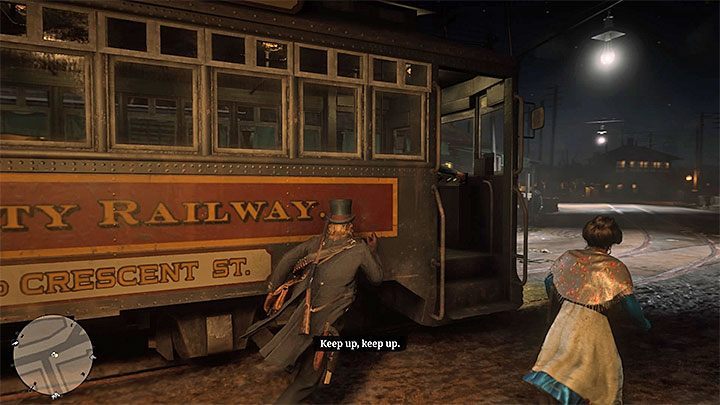 Once again, wait for the mission marker to appear in Saint Denis. You must find Charles disguised as a prostitute. The plan is to escort him on his way to the ship. Follow Charles from a short distance away. Run past the tram tracks to avoid detection. Then enter the train station building. 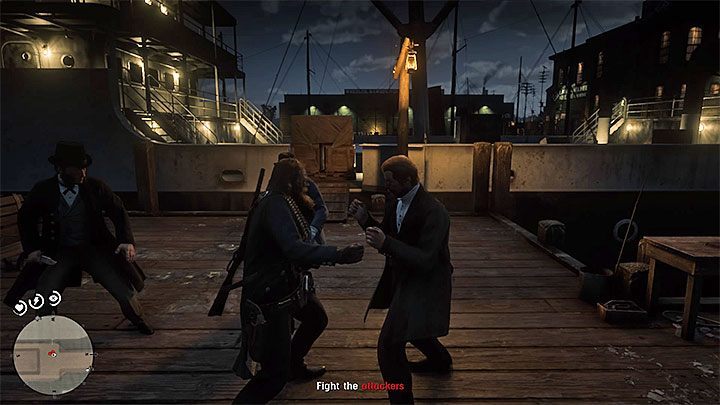 After the danger has passed, resume your journey towards the marina. The heroes will be caught there by a group of three people. You can defeat enemies in hand-to-hand combat (watch out for an enemy with a knife!) or shoot them with a gun. If you choose the second variant, you will unfortunately get into trouble in Saint Denis and immediately after the mission is over you will have to additionally escape from the lawmen.

Arthur will receive no reward from Charles when you complete the mission, but you can sell the sketch that you received from him at the very beginning of the mission.