Duels are one of the most difficult parts of Red Dead Redemption 2, which requires preparation and quick reaction when removing a gun from the holster. On this page you will find tips on when a revolver duel takes place and how to shoot in a revolver duel. 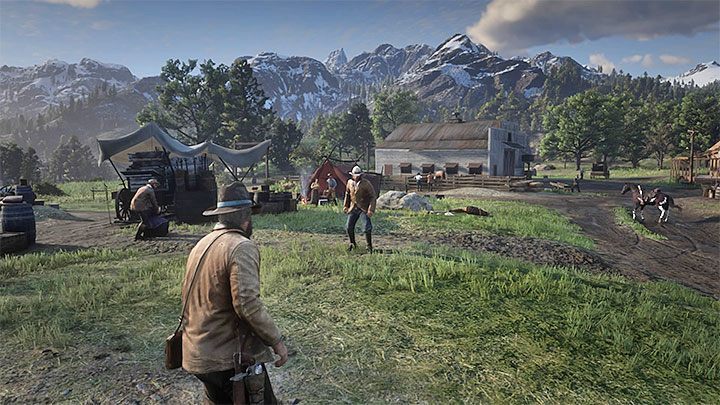 The most important information is that you cannot challenge every person you meet for a revolver duel. They occur at a fixed and planned moments. Revolver duels may occur: 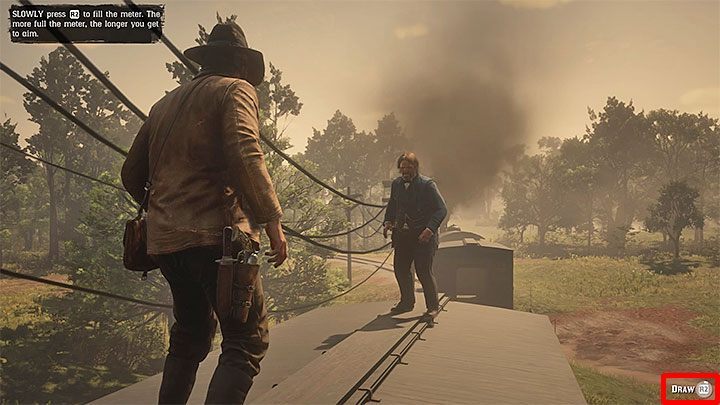 Each revolver duel consists of two phases. The first phase is to prepare to quickly pull the gun out of the holster by recharging the Dead Eye bar. Your task is to fill up the round interaction field that appears around the attack icon in the lower right corner of the screen - we marked it on the picture above. You must do this by partially pressing R2 / right trigger. You cannot press the trigger until the very end. It is best to press the trigger more or less halfway. 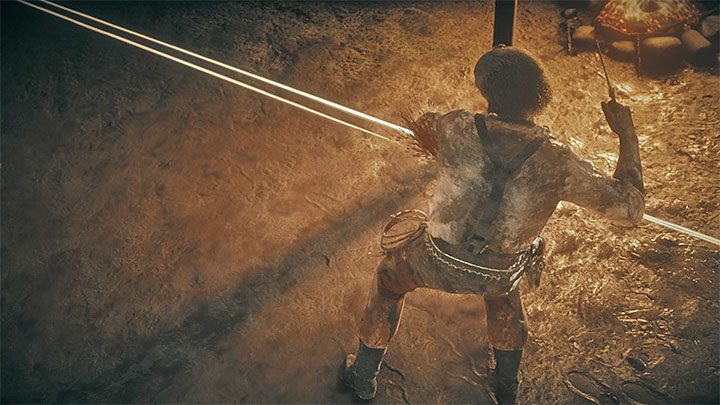 Once the bar is full, you'll move on to the second phase, i.e. to quickly pull out the revolver and shoot. Start by pressing the end of the R2 / right trigger. That's not all, because you have to aim at your opponent and shoot before he does the same.

There is not much time to shoot, so in your first revolver duels, just try to point your target as quickly as possible at any part of your opponent's body (e.g. his chest) and shoot right away. But after you get to know this mechanism better, you can try to aim at other parts of the body. For example, hitting an opponent's leg or hand, in which he holds a revolver will allow you to defeat him without having to kill him. This is useful if the game additionally rewards or forces the capture of someone alive or if you want to earn positive honor points for disarming the opponent.