American Distillation is another mission in the third chapter of Red Dead Redemption 2. Under the influence of coincidence, Dutch's charisma and luck, you are appointed official helpers of the Sheriff.

How to unlock mission: After completing "The New South" quest and waiting a certain amount of time in the game. 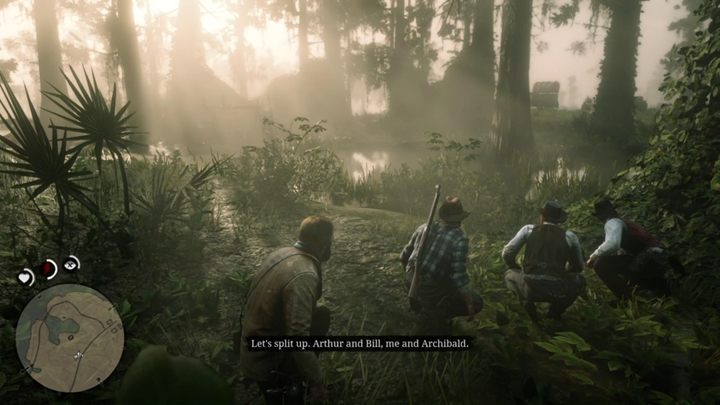 Mission walkthrough: Head to the Sheriff's headquarters in Rhodes. After the scene, go with Archibald - you will come across the corpse of a man. After the search, continue your journey to the swamps. You'll see your enemies and be able to choose whether you want to follow the path on the left or on the right. 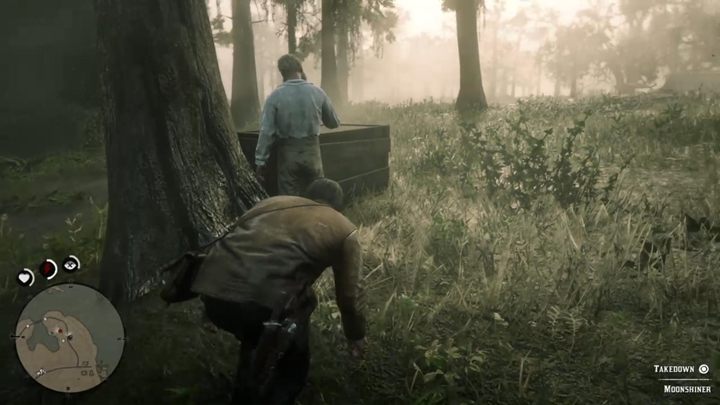 Both choices gently change the course of action. If you choose the left side, hide behind tree branches and sneak behind your opponent's back standing next to the crates. Stun him, cross the bridge and neutralize the other man. If you choose the right side, go to the bushes and wait for the two guards to have a chat. When they part, stun the guard and move on to the next one. 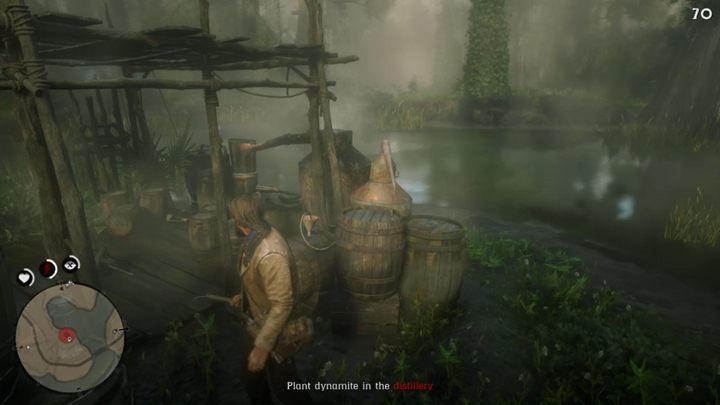 Regardless of your choice, bind the stunned enemies and take them to your allies. Then select the dynamite, go to the distillery and push the rod to destroy the place. The explosion will alert the rest of the bandits. They will start attacking you. 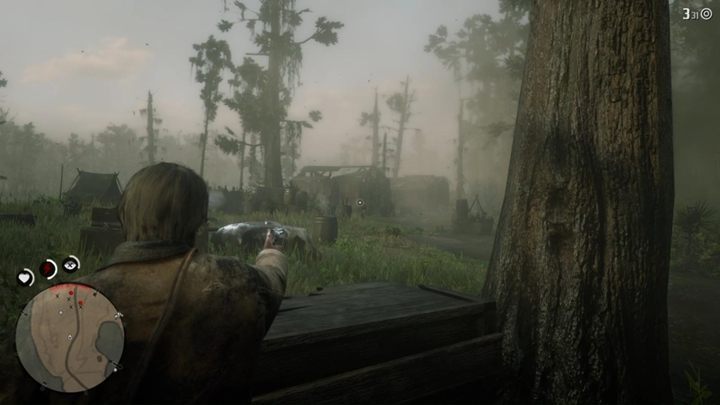 You'll have to fight against a large number of enemies. It's best to go back to Bill and hide in a secluded place. Shoot at upcoming enemies - in order to get gold, you have to get 10 headshots and you can't be hit even once. Return to Dutch when you have defeated your enemies. 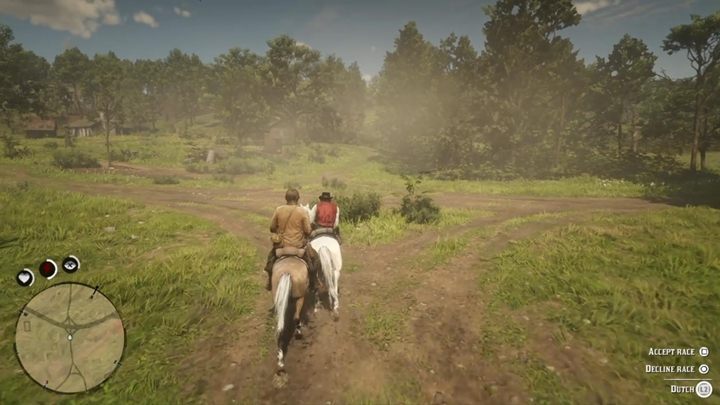 Dutch will propose a race - if you agree, you will race with him. The one who first gets to the camp wins. Winning a bet is one of the requirements for scoring gold in this mission. The task is not that easy, because at this stage of the game you have a fairly free horse. It's easy to press the accelerator button (X/A) to the galloping rhythm of your mount, which will save a lot of stamina for your mount.

After the race, the mission will end.

How to get gold medal in American Distillation?