There are many Legendary Animals in Red Dead Redemption 2. One of them is the legendary Coyote. It is located at Scarlett Meadows, northeast of Rhodos. 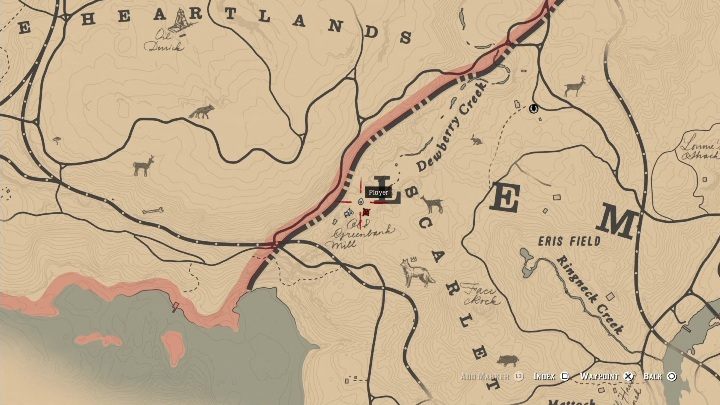 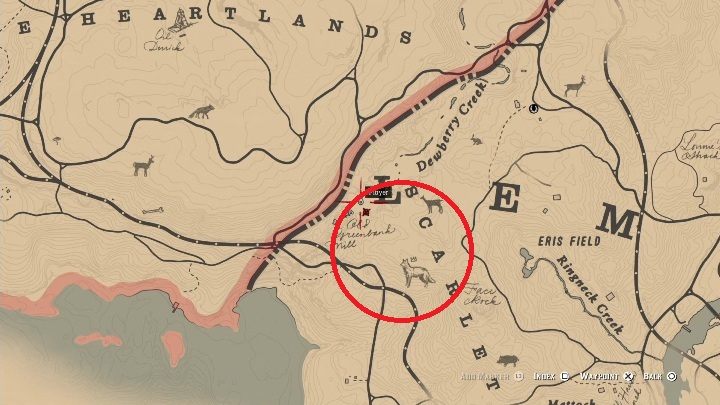 The coyote moves within the area marked on the screen above. In this area, you can look for traces of the coyote. You can possibly find the coyote right away, without looking for its traces. Pull out your weapon and kill your prey right away.

With which weapon to go to the coyote? 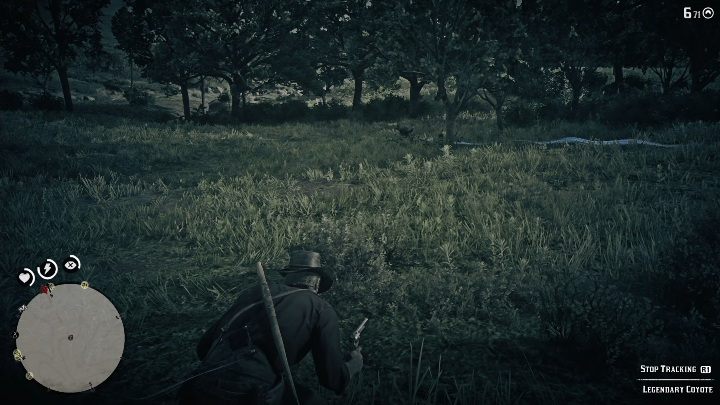 Each weapon will be effective against Coyote. However, this is a very fast opponent who will not fight against you and will start to run away from you.

Bow - one accurate arrow, fired into the head of the coyote will immediately kill it. Use this option if you are sure that the coyote is busy, e.g. eating.

Gun - an effective and fast weapon. The coyote will die after 3 shots.

Sniper rifle - as in the case of the bow, one accurate shot in the head will kill the animal instantly. Remember it will start running if you miss.

However, do not use the shotgun. It probably won't knock down your opponent right away, but it can scare it and provoke it to flee.

How does the fight against the coyote look like? 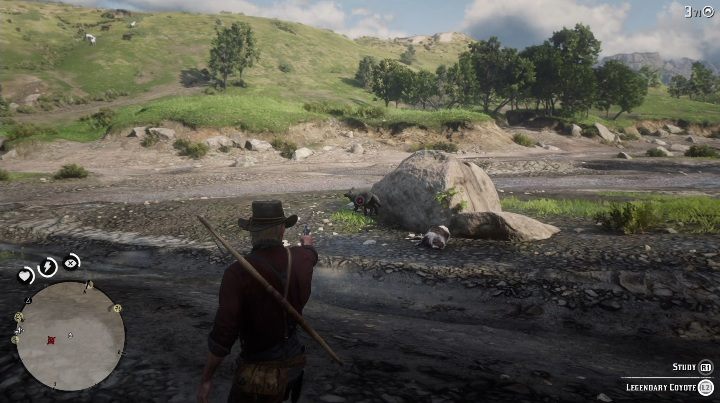 The coyote won't attack you, but will run away from instead. You can't get close to it. The best way is to stand a dozen or so meters away from him and kill him with one accurate hit.

You can also use the moment when the coyote is eating. Thanks to this, he will not start running away immediately. This will allow you to get closer to the coyote and take the perfect shot.

What can I do with the coyote? 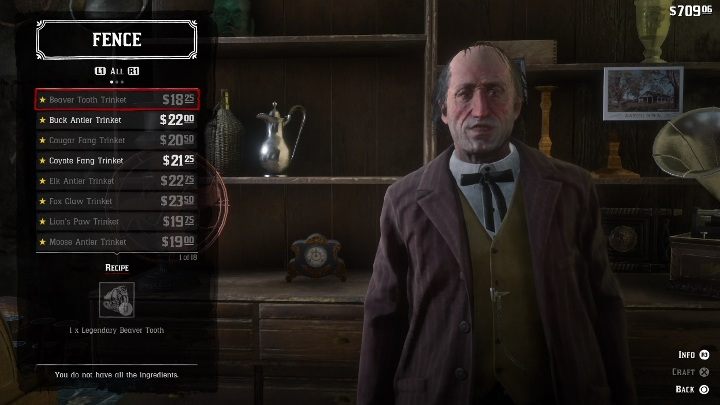 If you go to the Fence you can create Coyote Fang Trinket. This will increase the number of points of the Dead Eye by 10%. You need the Fang of the legendary coyote.