In Red Dead Redemption 2 you will meet the man called Francis Sinclair. He will ask you to find ten Rock Carvings. After talking to him, you can start looking for them. On this page, we will focus on the location of each Carving, but on a separate page of the guide, we have described the exact course of the mission called Geology for Beginners. 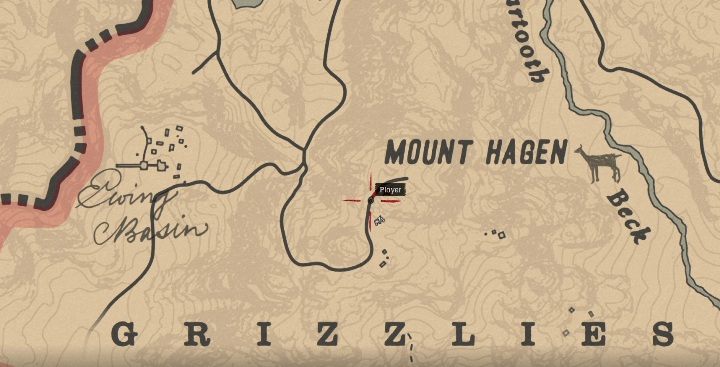 This Carving can be found around Mount Hagen. Remember about taking some warm clothes with you on this trip! 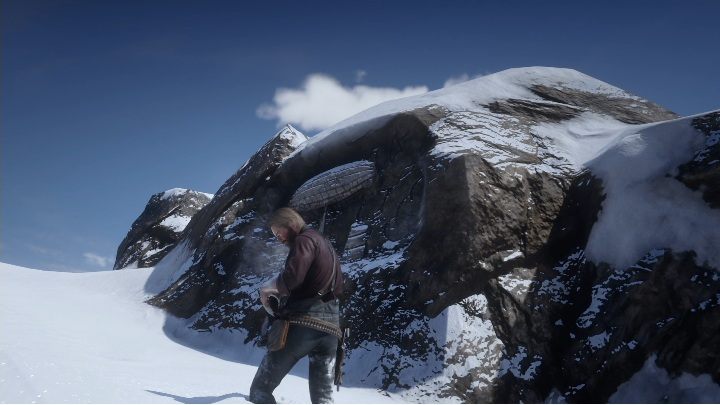 The object is located on the very top, but it is enough to go there on horseback and write down the location of the Carving. 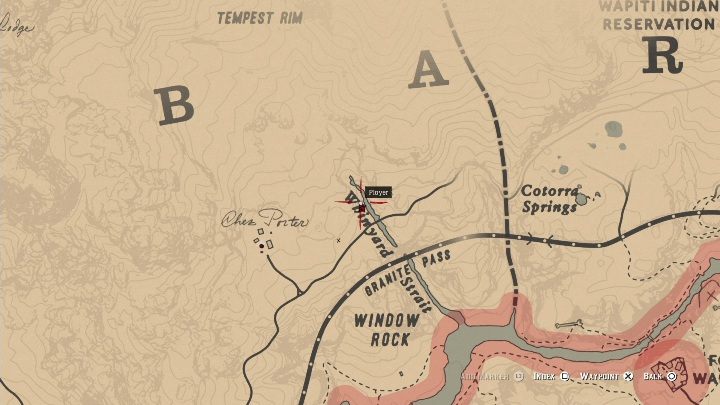 This Carving can be found around Whintard Strait. 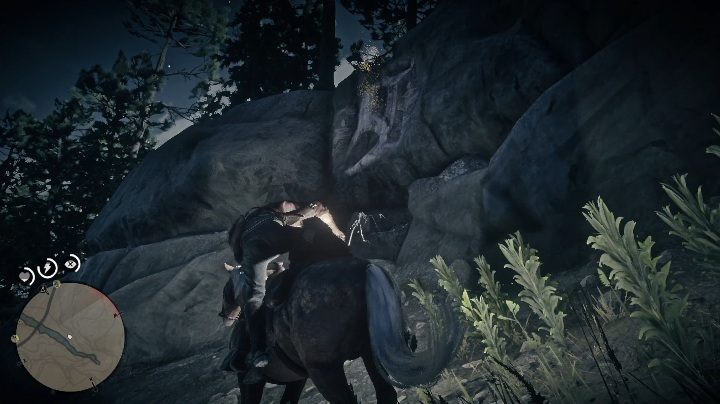 If you drive along the river and look at the rocks, you will quickly find this Carving. 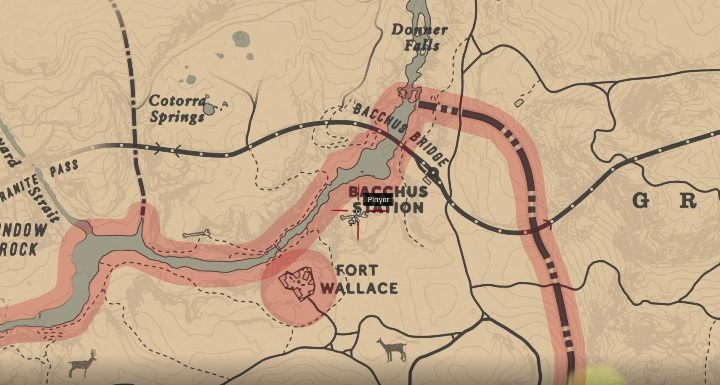 You can find this Carving near the Bacchus Station. Be careful though - watch the folks from Fort Wallace. 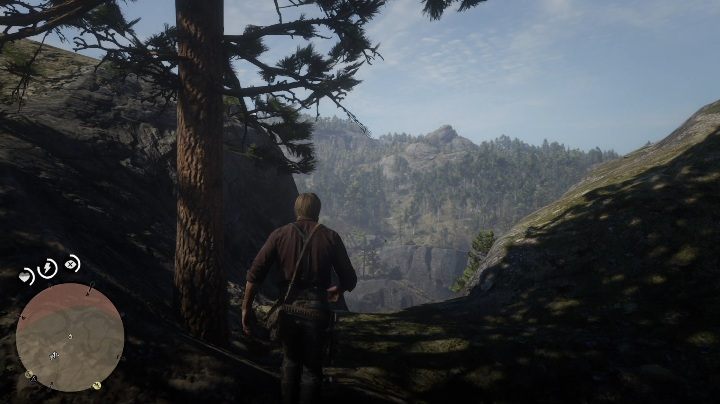 After climbing the mountain, you have to descend slowly and carefully on a rock ledge. The descent to it is located between two small hills. 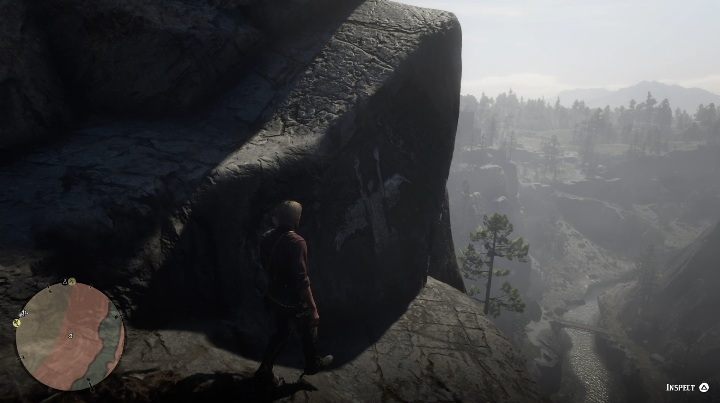 The Carving is on the rock on the left. However, you have to be very careful, because you are in a very high place. Slipping off the rock is tantamount to death.

You can find this Carving in the northern part of Cumberland Forest, near the river. 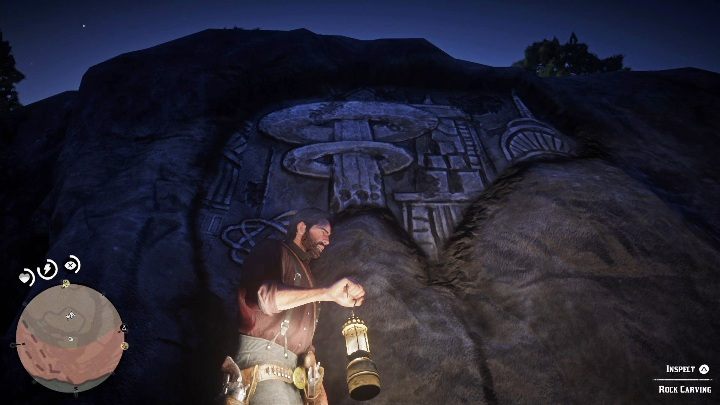 The Carving is located on a rock exactly at the pathway. 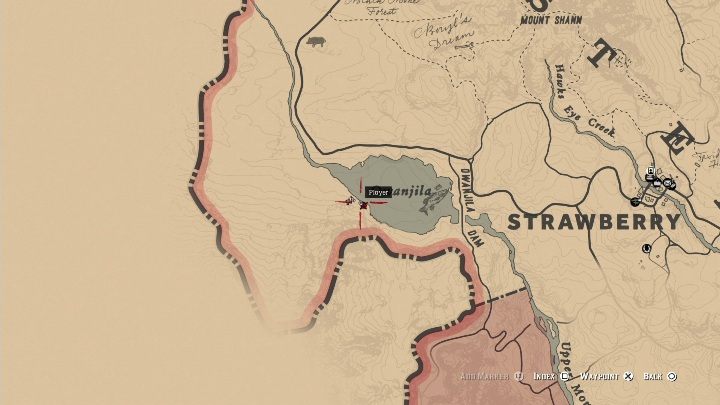 The fifth Carving you will find on the eastern part of the map, near Lake Ovanijla, near Strawberry. 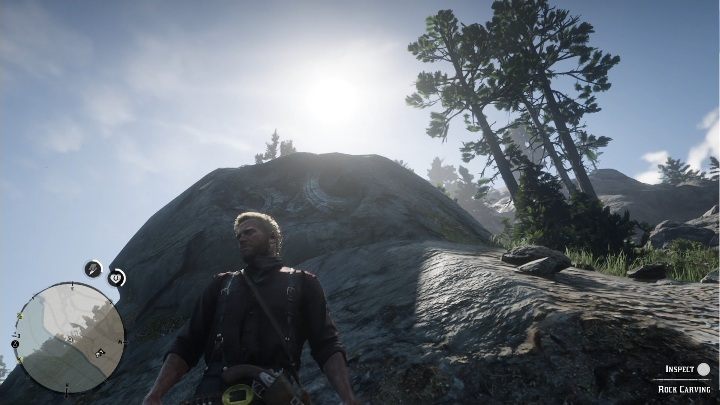 The Carving is on a rock right next to the path; no need to go search the bush. Just look in the direction of the rock and you will get the option of saving information. 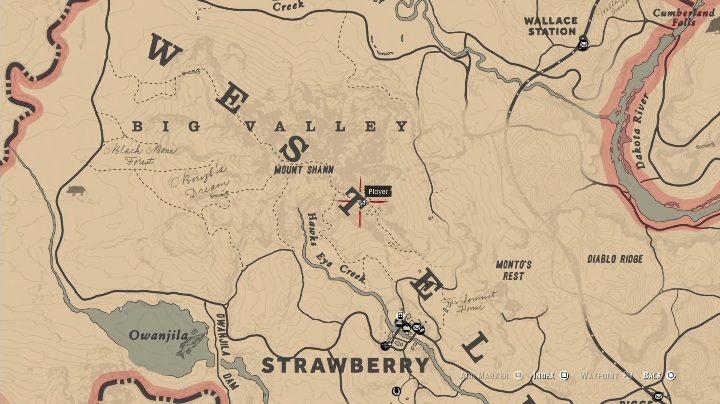 You will find the sixth Carving near the Big Valley. It is easy to find this place on the map, just by reaching the top of the letter T. 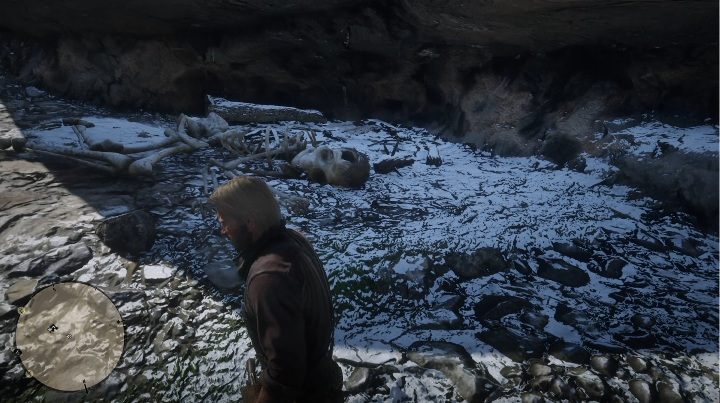 In order to reach the Carving, you must first climb up to the top, from there you will see a huge skeleton. Approach it and look around again. On the left is the path that you have to go down. 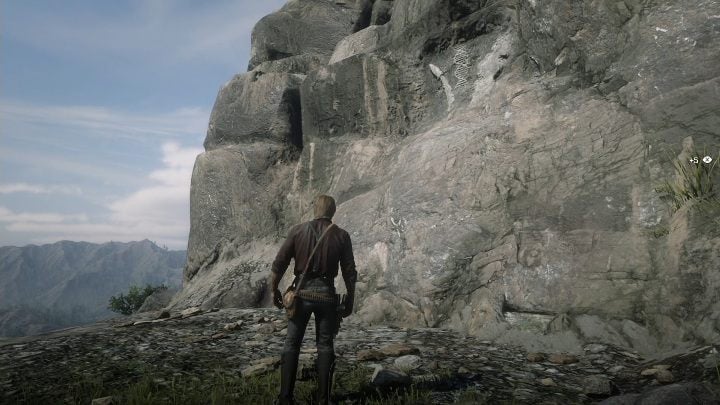 Walking along the path you will come across a Carving, it is a rock on the right side. Stand below it and click the corresponding button (triangle for PS4), and the hero will save the location of the object. 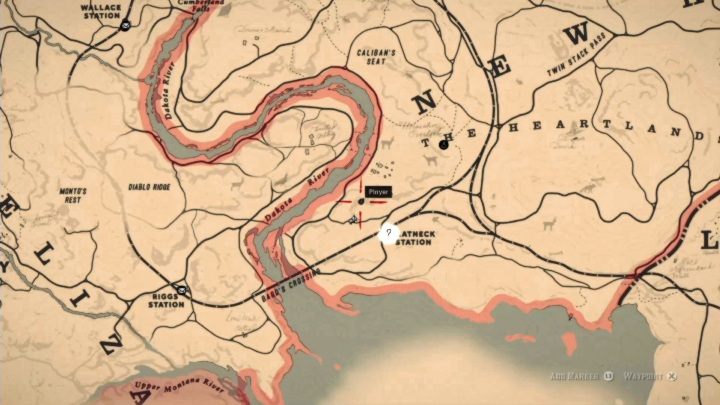 You can find the seventh Carving near the Dakota River. 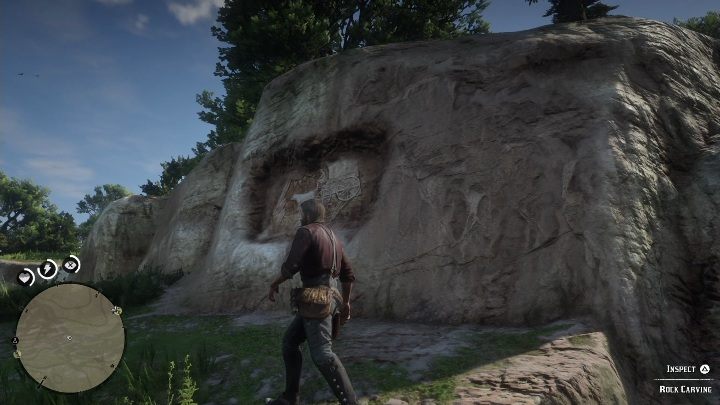 To get to an object you have to go upstairs. There, on one of the rock shelves, you will stop to save the information. 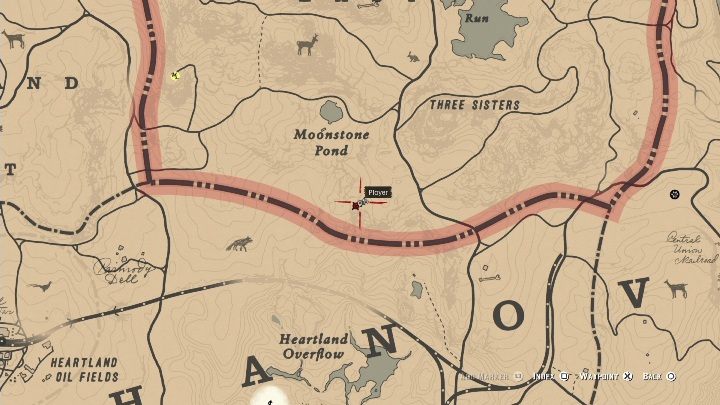 This Carving can be found to the south of Moonstone Pond. This is one of the more difficult Carvings in RDR2. 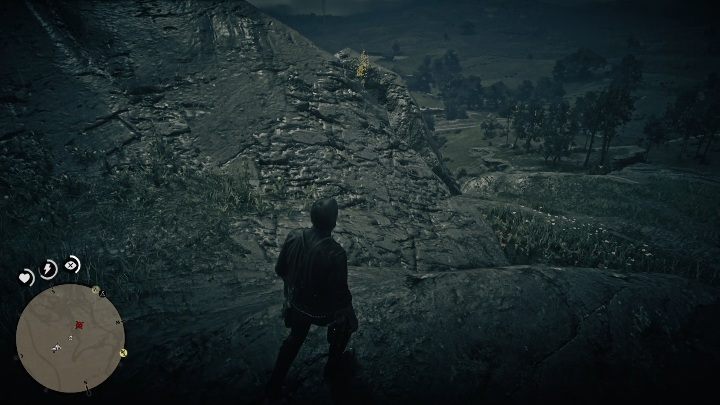 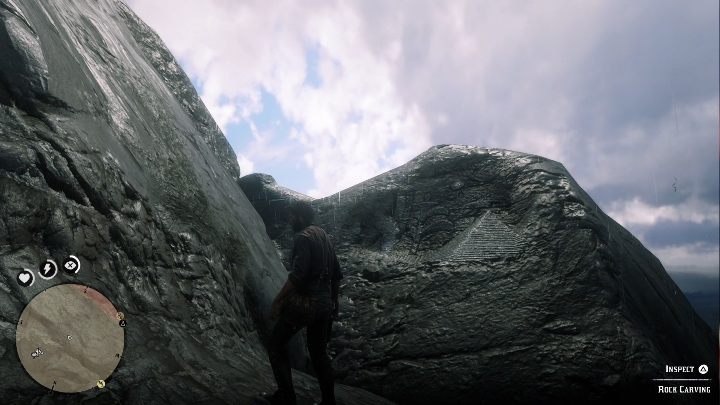 In order to get this Carving, you have to run to the rocks. However, you will have to pass between two slippery rocks. You have to be very careful that the hero doesn't slip down. You won't end up with the hero dying, but you'll have to climb the mountain again. 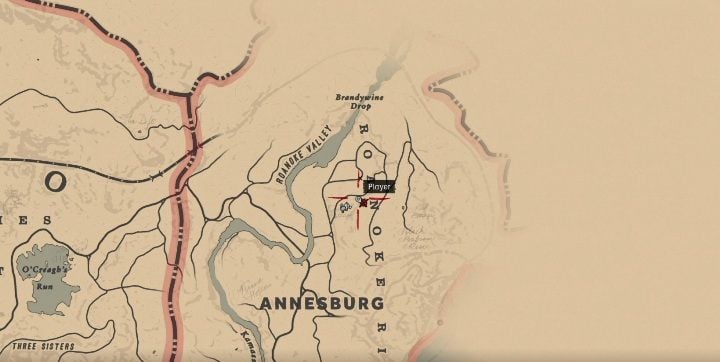 This Carving can be found around the Roanoke Ridge. Look at the map; it's near the letter N. 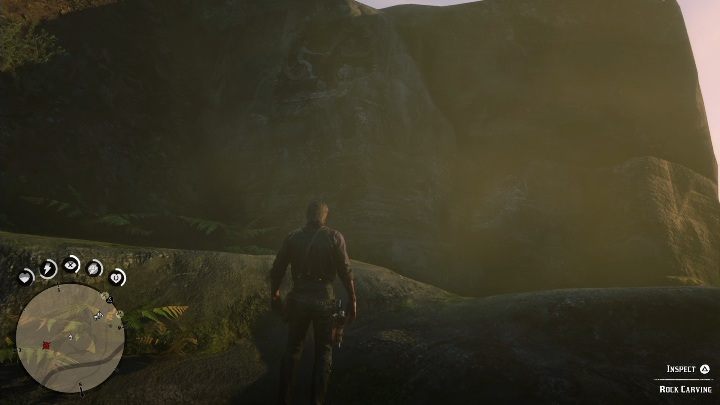 In order to get this Carving, you have to run to the rocks. It is located on the right-hand side of the mountain. In order to save it, you have to stand a piece from the rock, if you stand exactly below it, the hero will not save it. 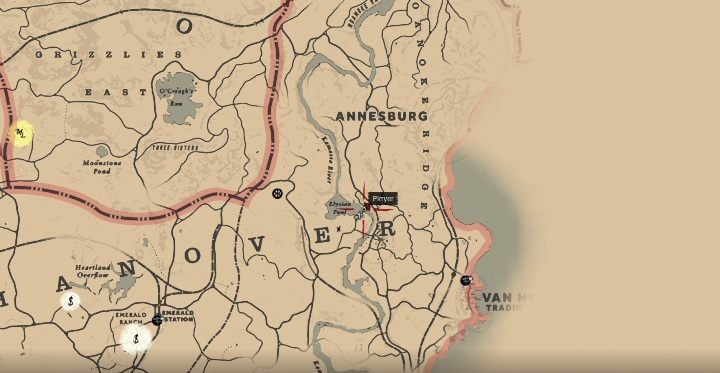 The last Carving, you will find south of Annesburg, exactly at the Elysian Pool. 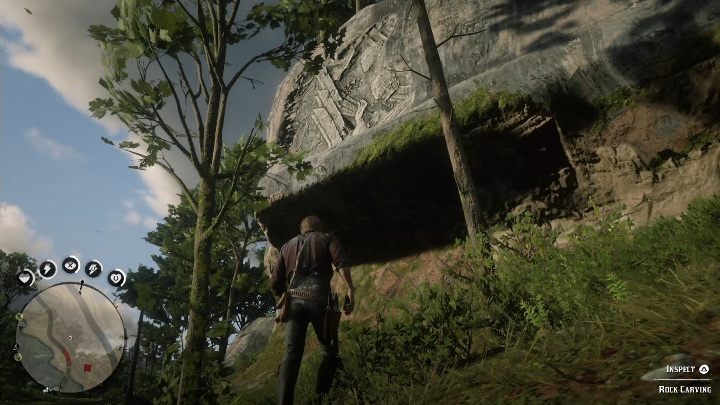 This Carving is visible from the path. All you need to do is come up to the rock to write down the information and it will be completed.