The Bounty can be called a prize for catching Arthur and it is a result of committing crimes in Red Dead Redemption 2. It can hinder the use of some game activities, and also means the need to deal with e.g. bounty hunters. On this page we explain how to get rid of all wanted fines (Bounty) in RDR2. 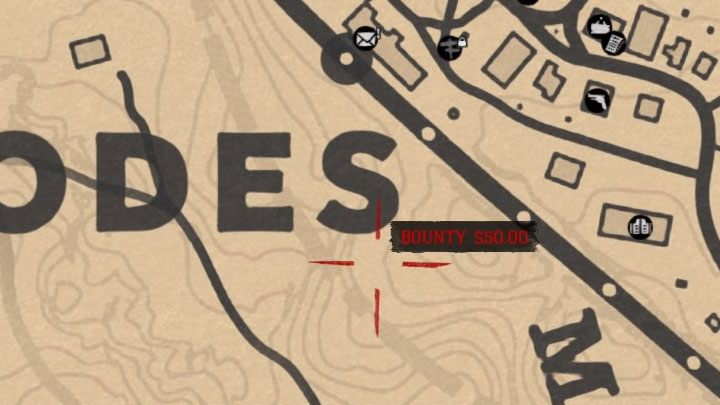 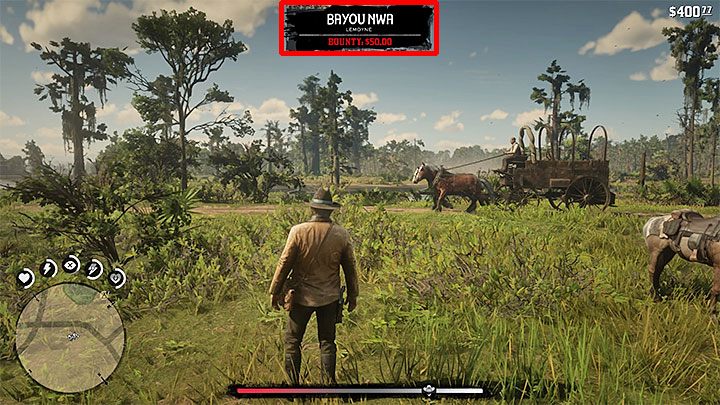 You can check the current level of the bounty for Arthur on the map of the world (the fine appears where the cursor is located) and by pressing the down button on the game pad's cross. The fine (Bounty) is calculated separately for each state (region) on the world map. 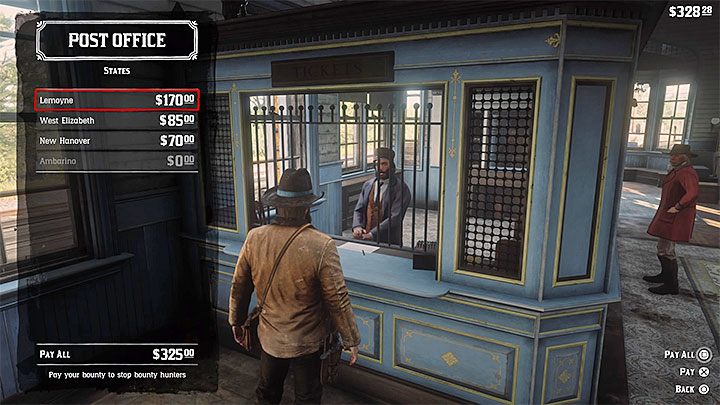 There are two main ways to get rid of the Bounty set for catching the main character.

It is best to decide to pay the bounty early before it increases to a very high level. In further chapters of the game it can even reach the level of up to 1500 dollars. 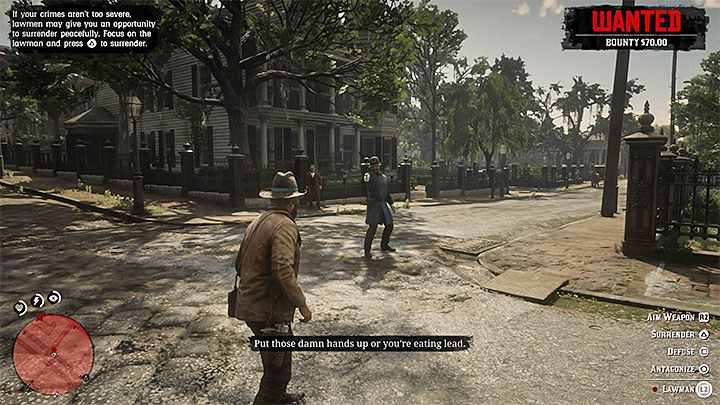 The second method is less obvious and involves surrender peacefully to law officers and serving a sentence in prison. This is only possible if you have not committed a serious crime and only in the initial phase of law enforcement intervention, i.e. before they attack Arthur. After encountering a law officer, you must start by hiding your weapon. Hold down the camera centering button on the target - law officer (L2 / left trigger) and then press the surrender button (Triangle / Y). 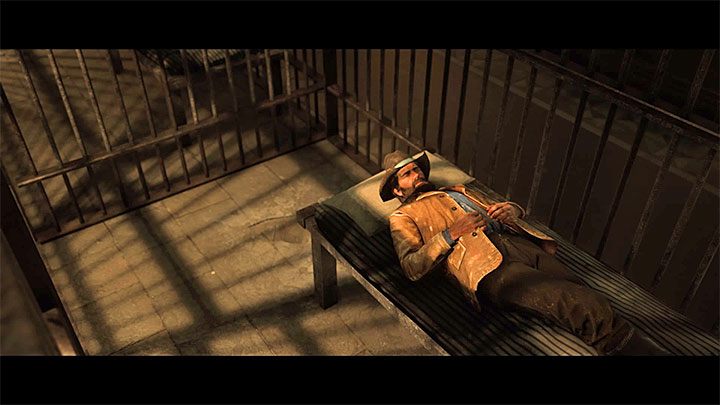 Arthur will get to prison for some time. A bounty will be erased after you leave the prison, but you will still lose some of the cash that the main character had at the time of his detention. It is a good idea to spend money on shopping before deciding to peacefully surrender to the lawmen.