Money Lending and Other Sins IV is a continuation of the lending money and fencing missions in Red Dead Redemption 2. The first tasks of this type could be played in the second chapter of the main storyline. Mission group IV is unlocked in the third chapter of the game. 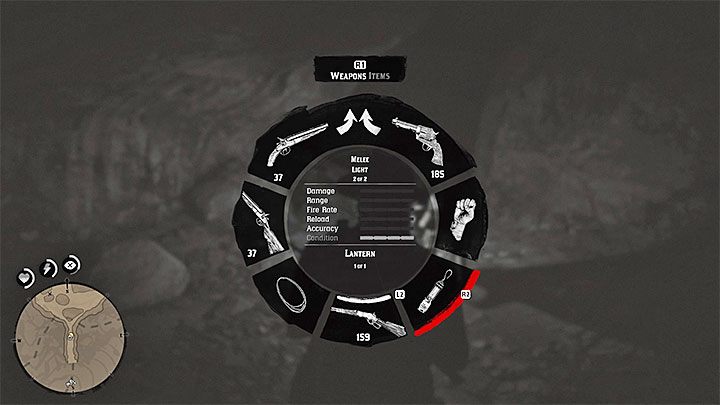 In order to unlock new fencing missions, you must meet Leopold Strauss again in the gang camp (the third chapter of the game). You'll be given two more people who have an unpaid debt.

Winton Holmes is near the town of Strawberry. Reach the camp and, after talking to Holmes, follow him in the direction of the cave. When you arrive at the site, take the lantern out of the inventory (it is in the weapons tab) and only then start exploring the area. 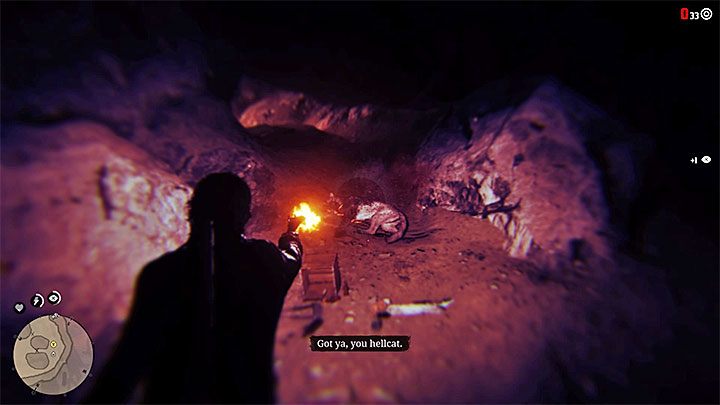 You have to separate, so set off in the opposite direction from Holmes. After hearing the screams, reach his corpse. You must now kill the white hellcat from the cave. This is a challenging moment in the game, because the animal is looking for an opportunity to attack by surprise. Listen to the sounds of the surroundings. It's best to turn on your Dead Eye as soon as you hear the sounds of an approaching predator. This should give you enough time to aim at cougar (preferably from a rifle or shotgun) and kill it. Try to aim at the head in order not to damage the skin.

Skin the killed animal and reach the butcher in Strawberry to sell the pelt (for about 40 dollars). This way you will relieve the debt of the (deceased) Winton. 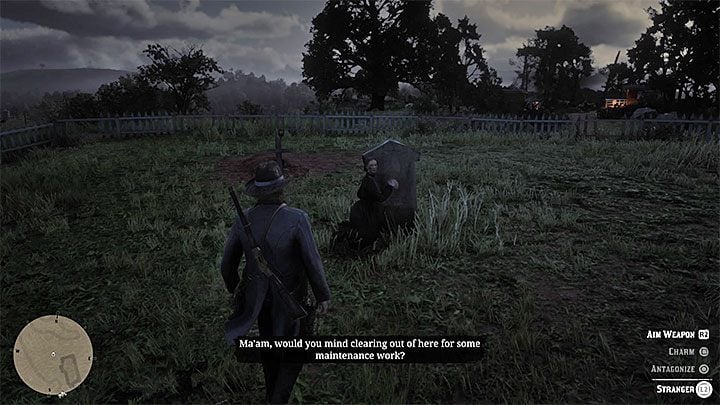 Guyn Hughes can be found in the town of Rhodes. He is an employee of a funeral company and will come up with an unusual idea of settling the debt. You must accompany him on an expedition to the cemetery. When you arrive at the cemetery, start by getting rid of the people who are staying at the cemetery. 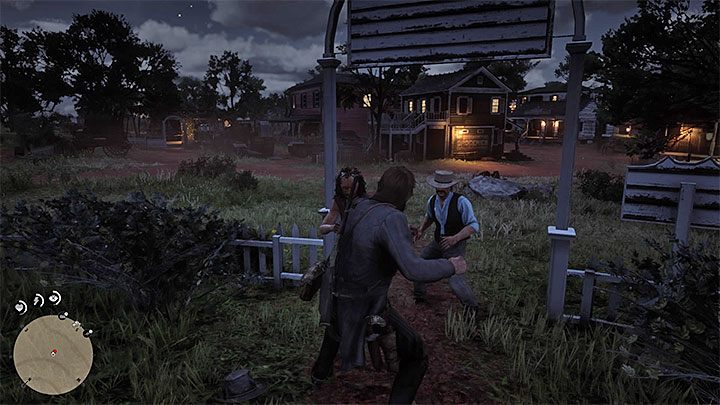 You now have to keep an eye on the entrance to the cemetery while Hughes digs out the grave. Turn the first woman back. She will be followed by two men. In this case, the conversation alone will not help. You have to defeat them in hand-to-hand combat and try to attack them one by one. After winning the battle, return to Hughes and pick up a valuable diamond brooch from him.