Arcadia for amateurs is the title of one of the most extensive side missions of Red Dead Redemption 2. This is an optional several-part task in which you help Mason while he is busy taking pictures of wild animals. 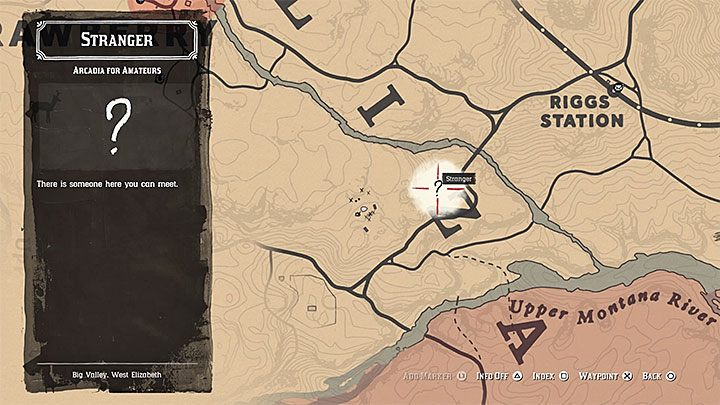 You can meet Mason for the first time in the forest south-east of Strawberry and south-west of Riggs Station (train station). 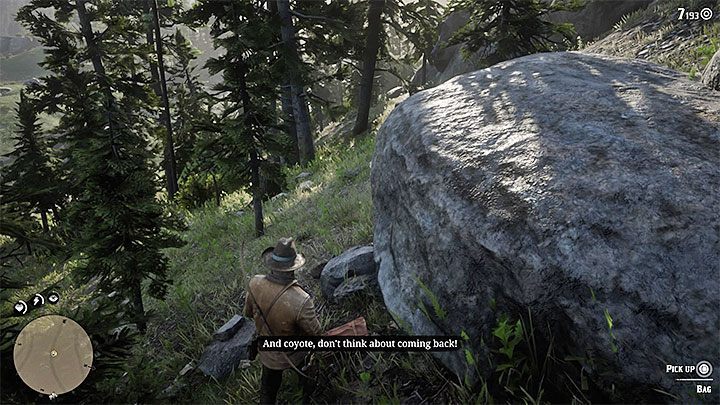 Talk to Mason, who takes pictures of the animals. His bag will soon get stolen by a coyote. Embark on a chase and, if necessary, help yourself with the Eagle's sight. You don't have to kill the coyote, as the animal will drop the bag after some time. Lift the bag and return it to the owner. 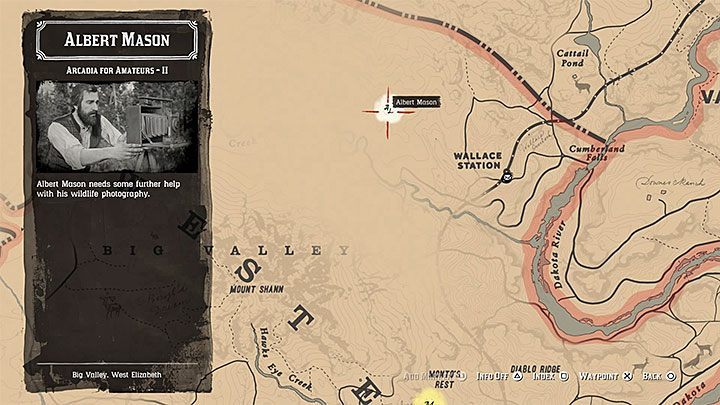 The opportunity for the next meeting also appears in the forest, far north of Strawberry and north-west of Wallace Station railway station. 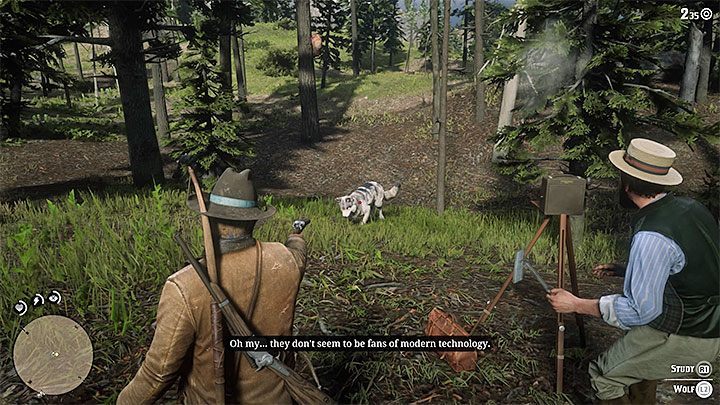 This time your task is to protect Mason while he is busy taking pictures of the wolves. Do not attack the wolves who surrounded the heroes until you receive a mission objective to do so. To kill the wolves, you'll need at least a shotgun. You can also help yourself with a Dead Eye. Be careful not to shoot Mason. After completing the second part of the mission, it's a good idea to take advantage of the opportunity and easily get a few wolf skins. 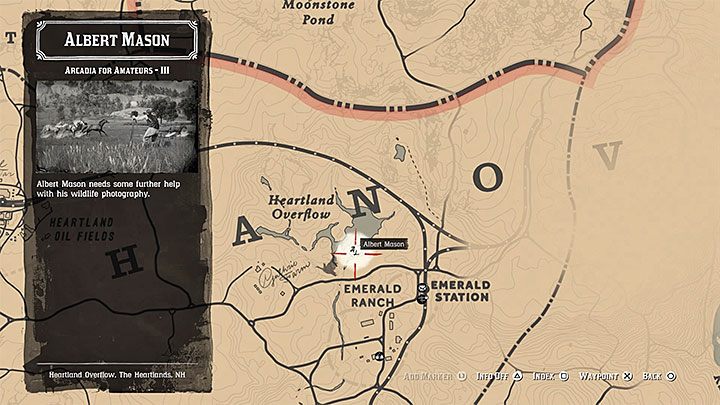 The next meeting with Mason may take place near the Emerald Ranch. You will learn from the man that he has problems with photographing a group of wild horses. 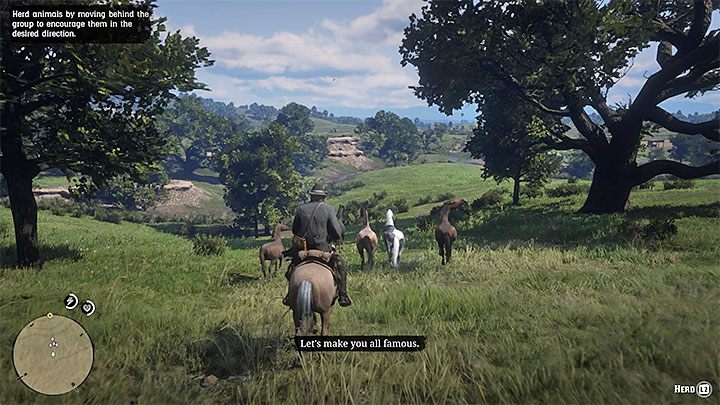 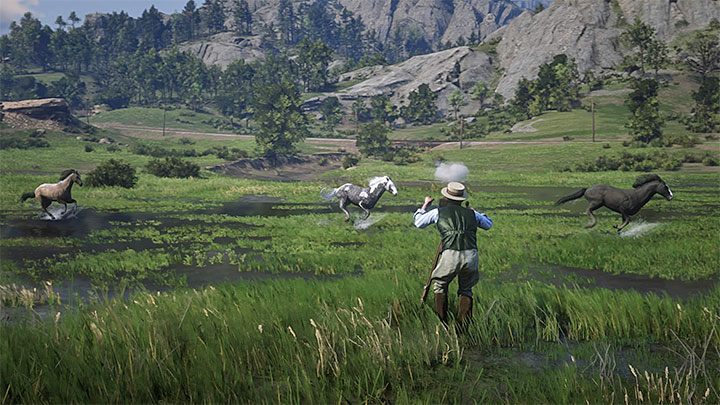 Jump on the hero's mount and set off to a marked place. You must drive wild horses near the marshes where Mason is staying. If you have already completed a mission to steal sheep, you should know all the basics - follow the wild animals to "direct" them to Mason. If necessary, press the shout button and stop when a single horse disconnects from the rest of the group. You must drive it back into the group.

After Mason has successfully photographed the horses, meet him. You will receive a gift - a Wolves Photograph, from which you protected the photographer in the second part of the mission. 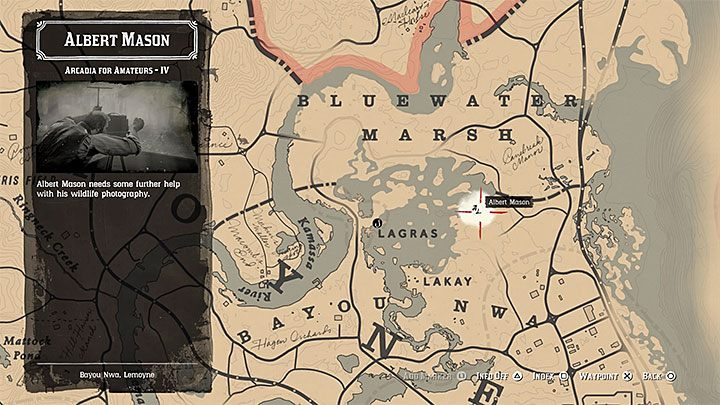 You can meet Mason in Bluewater Marsh, north from Saint Denis. You learn that the man wants to photograph a few alligators. Help him. Board the boat with Mason. 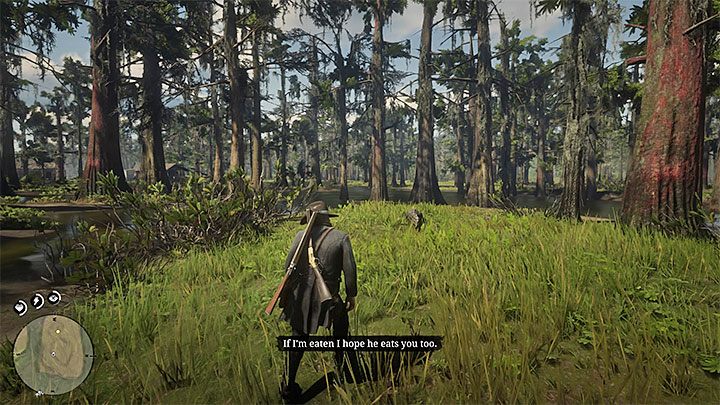 There are three places on the map where you can take pictures of alligators. You can reach them in any order. The two places require you to only move the boat towards the animals. This will allow Mason to photograph them. The third spot, presented in the picture above, is the most problematic. Arthur needs to get on the land. Approach the alligator and start running as soon as it notices you. Get back on the boat.

Photograph all the alligators. Finally, you can get Mason back on the shore. 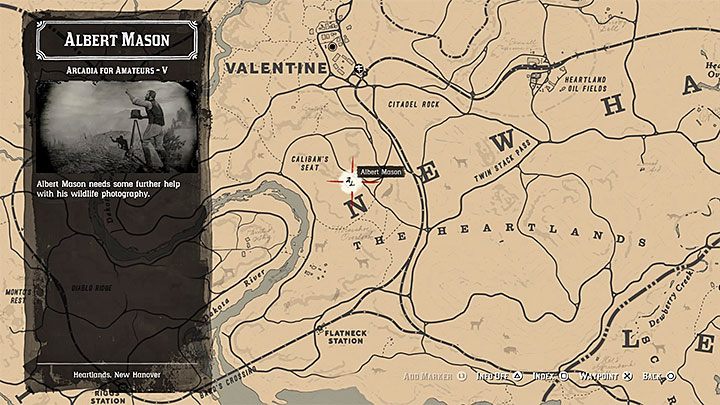 This mission marker appears a little bit to the south from Valentine. Mason is standing on the edge of the cliff - he wants to take pictures of eagles. This is the shortest part. Watch the cut-scene during which Arthur will safe Mason from falling down.

This was the last meeting with Mason. You don't have to look for more quest markers related to this character.