The legendary bear is one of the unique animals that you can hunt in Red Dead Redemption 2. Your first encounter with this animal is during one of the first few story missions in chapter two. However, Arthur will have to defeat the bear alone. On this page you can find information on how to easily kill the legendary bear. 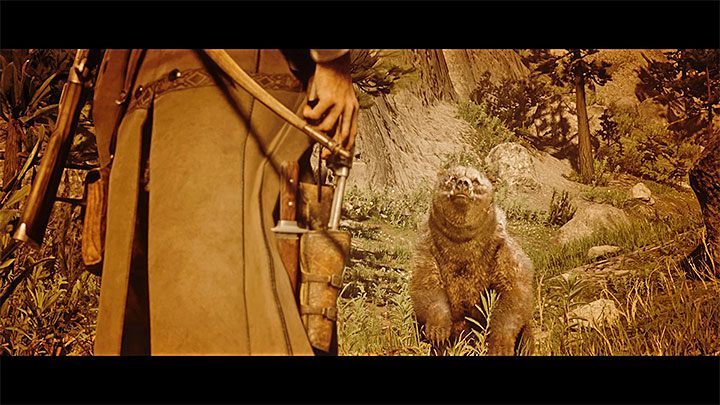 You find this legendary bear during one of the main missions - Exit Pursued by a Bruised Ego. Here, Arthur and Hosea embark on a journey to hunt the legendary animal. They track the animal do that but they fail to kill the bear. However, you can decide to hunt the bear yourself. 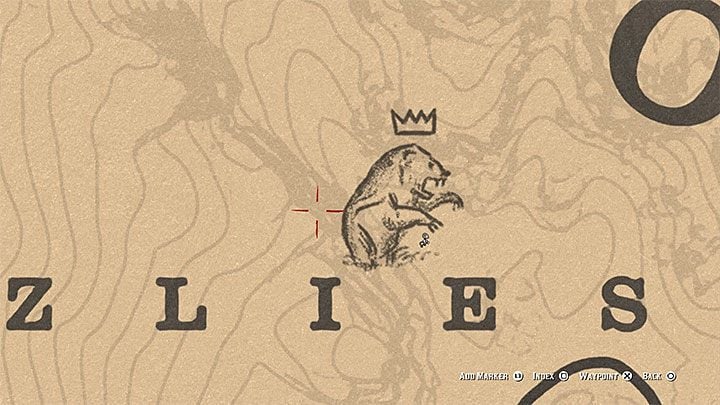 Save the game before you start hunting. The legendary bear can kill you really fast. What is more, you can't replay the fight right after your death. You need to wait a bit until the bear reappears in its lair. Create a save to solve this problem.

The bear's lair is marked on the map. Equip Arthur with a repeater (a better idea) or a shotgun before you get there. Also, you should regenerate all the cores - health, stamina and the Dead Eye bars. 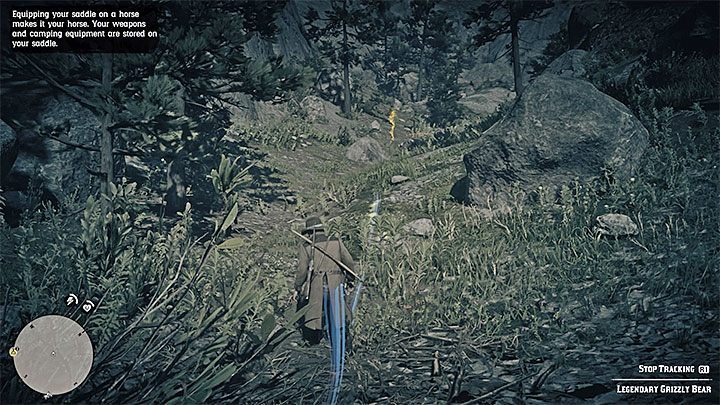 Track the bear in the same way as you did in the aforementioned mission - activate the Eagle Eye, examine the yellow tracks and follow them. The tracks lead towards the mountain. 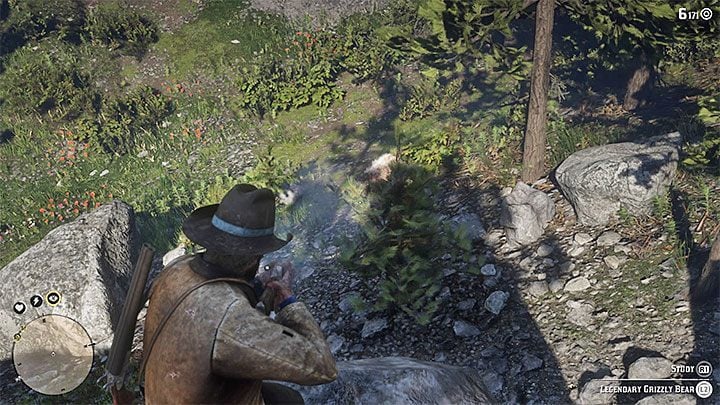 Don't be in a hurry, you don't want to be attacked by the bear prematurely. Use binoculars or a scope attached to your weapon to see the bear before it manages to attack Arthur. The bear can be defeated in two main ways: 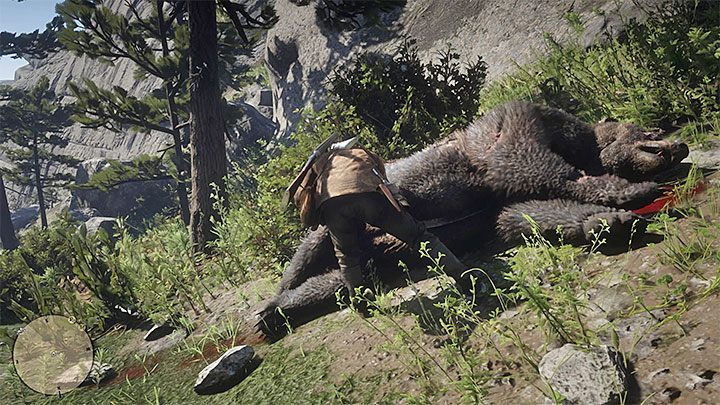 Regardless of the method, don't forget to skin the bear. You get a legendary bear skin - you can either sell it or use in crafting.