The First Shall Be Last is the title of one of the missions available after getting to the second chapter of the main story in Red Dead Redemption 2. In this mission you have to locate Sean, who was captured by the bounty hunters, and then lead to his liberation. 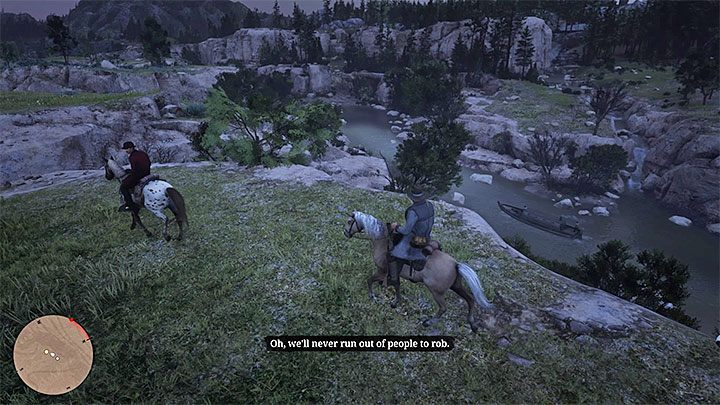 How to unlock mission: Meet with Javier and other gang members near Blackwater.

Mission walkthrough: Get to the lookout point next to Blackwater. Don't get into Blackwater and especially do not get too close to the law enforcement officers patrolling the area (they are marked on the radar), because you will be in great danger.

Climb on a horse and start travelling along the river that the boat is sailing. You don't have to do any additional activities here. Just follow the same path as your allies. Take out binoculars when you are asked to do so and look at the situation on the banks of the river. 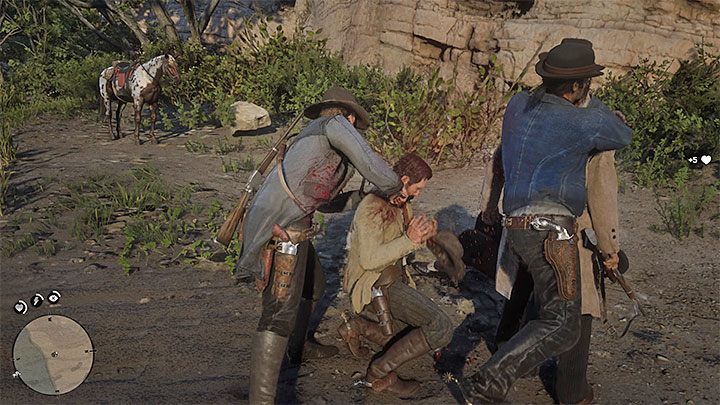 Reach the river and dismount your horse. The first two bounty hunters can be quietly killed. Wait until they are distracted and sneak into them from behind (listen to Javier's orders when you are on the way!). Carry out stealth kills with your companion using a knife.

You can now move on to open fights with bounty hunters. Help yourself with rocks that are good cover. It's a good idea to use a rifle that can be used to easily eliminate distant targets (preferably by headshots). 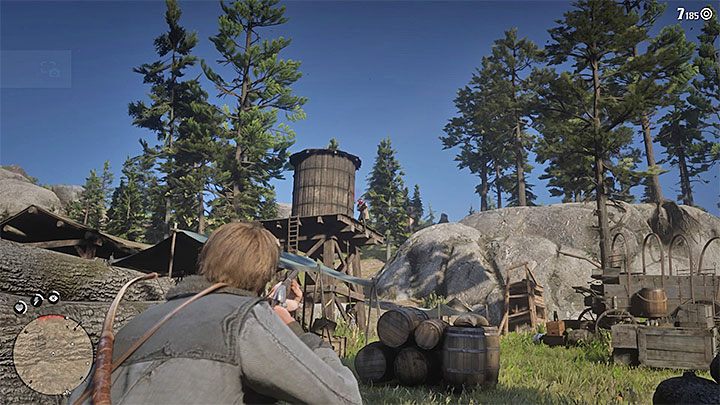 Gradually move towards the main bounty hunter camp where Sean is imprisoned. At first, take care of clearing the camp of enemies and then again hide behind any cover. Sean is hung on a line attached to a tree. It's best to liberate him by shooting at the rope, but you can also approach it and cut it as an alternative. As a reward for completing the mission, you will receive a tomahawk that you can throw. 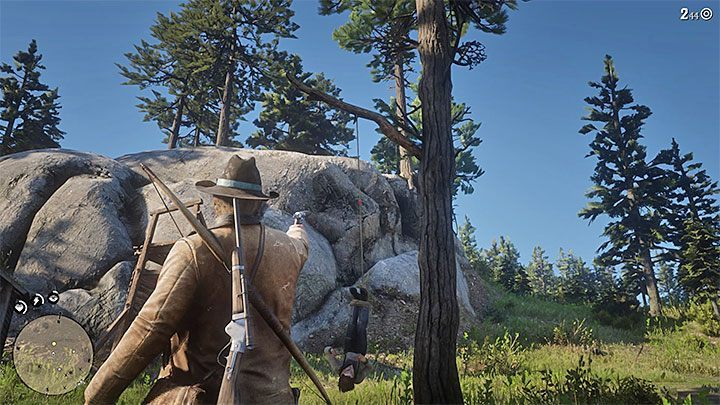 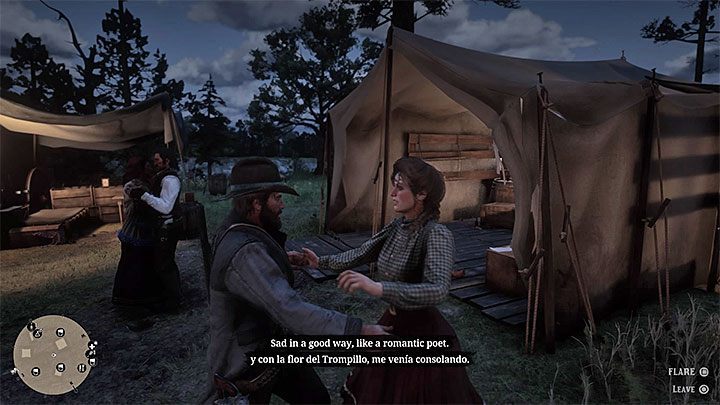 Additional note - Go back to the gang hideout after this mission. The gang can celebrate Sean's rescue by making party. You can participate and, i.e. sing with others, dance or drink beer. To continue the game you have to go to bed.

How to get a gold medal in The First Shall Be Last?