Who Is Not Without Sin is the title of one of the missions that becomes available after you get to the second chapter of the main storyline in Red Dead Redemption 2. This task involves finding the Reverend Swanson, who must be protected from trouble and brought back to the gang's headquarters. 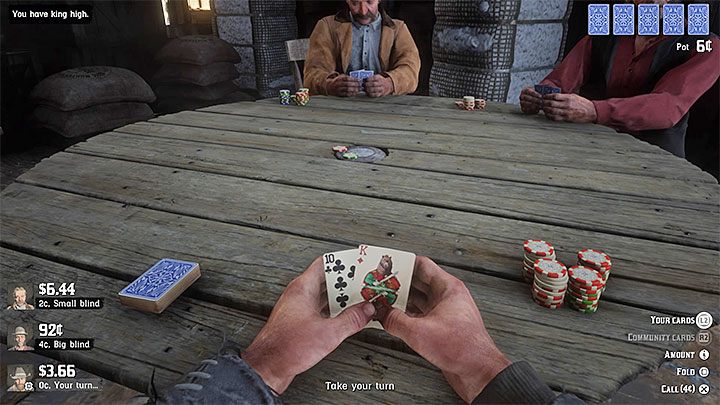 How to unlock mission: Finding the Reverend Swanson at Flatneck station.

Mission walkthrough: The Flatneck station is located south of the gang's headquarters. Enter the station building and you will find a drunken reverend playing cards. You can replace Swanson in the poker game. Try to win two rounds (you don't have to win them in a row) and don't leave the table prematurely. You can play cautiously, often fold and choose minimum stakes if you want to minimize the risk of becoming a bankrupt. 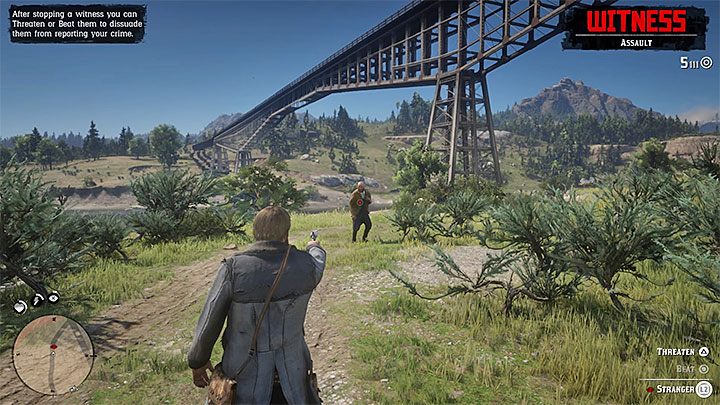 Ask the men standing next to you if they haven't seen the Reverend. Go to the marked place. You have to defeat a man in a blue shirt in a fist fight. Use blocks and dodges so that victory comes with ease.

The fight has been seen by a witness and you need to get him before he informs the guards of the law - it's a tutorial on how to deal with this type of situation in case of committing more serious crimes. Chase the escaping man. You can shoot him, make a warning shot into the air or stop him using a lasso. If the man is still alive, intimidate him not to tell anything to anybody. You can also steal some items from him. 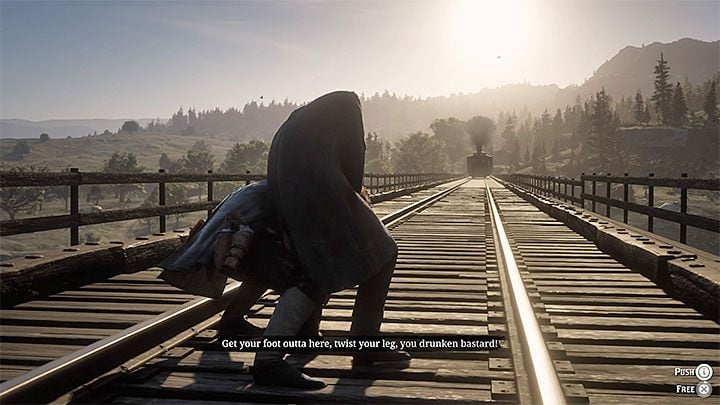 Go to the railway bridge where the Reverend Swanson is staying. You have to save Swanson from a collision with an oncoming train. Run up to him, swing the left knob in the right direction and press the button to release the imprisoned Swanson.

At the very end of the mission, return with Reverend to the gang camp. Put him on a horse and complete a short journey. On arrival, place Swanson on his bed in his tent.

How to get gold medal for Who Is Not Without Sin?