Money Lending and Other Sins is a group of missions unlocked in Red Dead Redemption 2's second chapter. The task is to collect money from people who are in debt to Leopold Strauss.

Note - After you get to the third chapter of the main story, the game unlocks subsequent fence missions. However, they are already treated as side tasks. Walkthrough for all these missions can be found in side mission section of our guide. 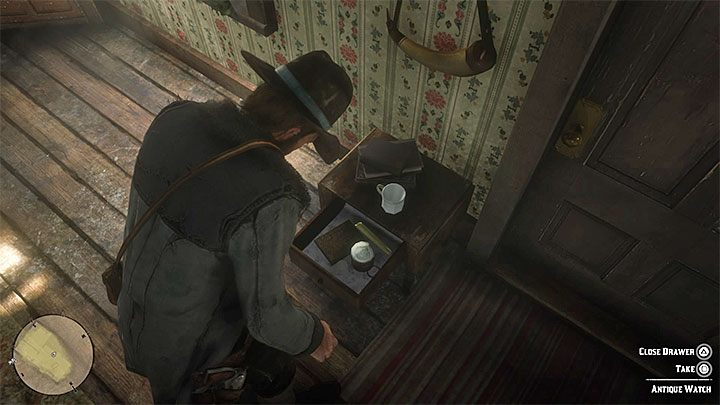 How to unlock: Speak with Leopold Strauss in the gang hideout in Horseshoe Overlook.

Walkthrough: Leopold gives you the List of Debtors. The first three debt collecting missions can be completed in any order.

The first debtor is called Mr. Wróbel. His house is on the hill behind the river, west from the gang hideout. Wróbel is inside the building. Your option is to threaten or beat him. Start exploring Wróbel's house - look for any interactive containers and chests. You can choose to collect only those items that are worth about the same as the man's debt or you can decide to take everything. 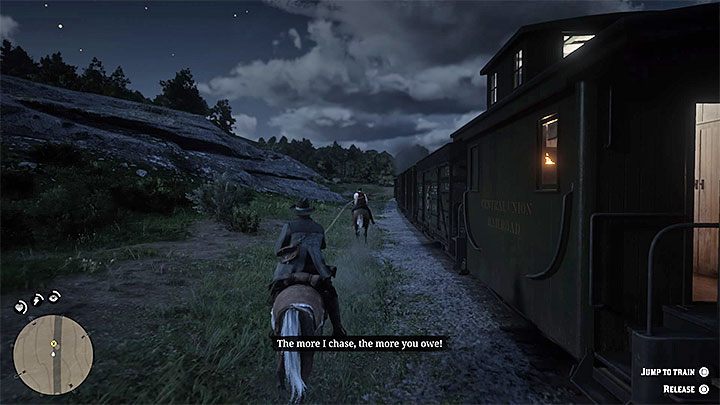 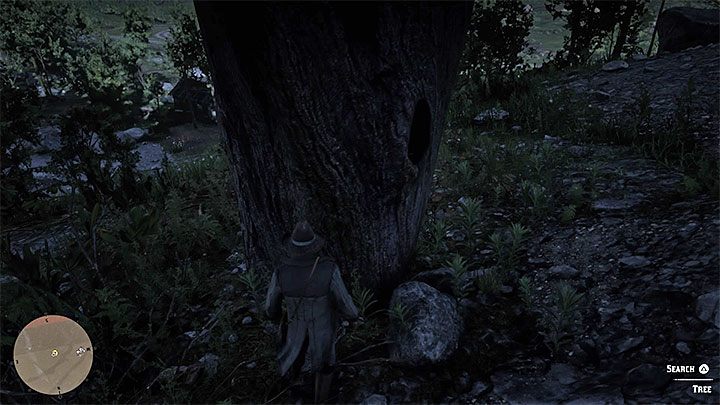 Another debtor is called Chick Matthews - the man is on one of the farms. Reach the place and start asking for Matthews. The man will run away. Get on your horse and start chasing the debtor. The best solution is to get close enough to him to be able to catch the man with a lasso (the picture 1). Matthews gives you Chick's Treasure Map. Examine it in your inventory. Reach the place marked on the map. The treasure is hidden right at the base of the large tree (see the picture 2).

Note - The chase section can't be skipped, even when you speak with Matthews (he is cleaning a horse). When you do that, the man will send Morgan to speak with another person. 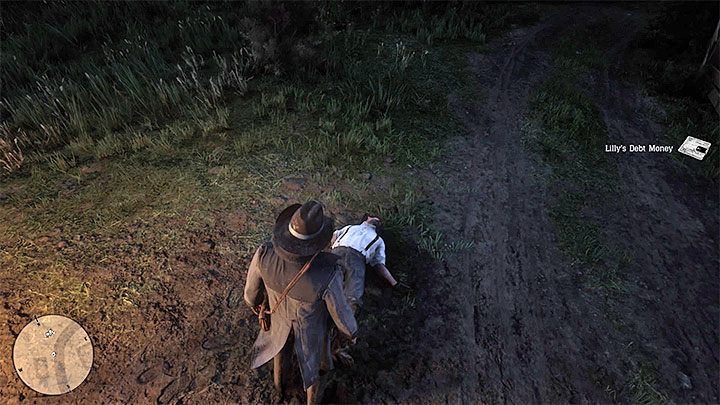 Lilly Millet, from Emerald Ranch, is the next person on your list. Ask the locals about the woman. Reach the place where Lilly and Cooper are. Defeat Cooper in a fistfight. He is a tough opponent so don't forget to use blocks. Search Cooper's body to collect the debt.

Note - Collecting money from Cooper can be seen as a criminal act (theft). Chase the witnesses before they inform the police or quickly leave the ranch. 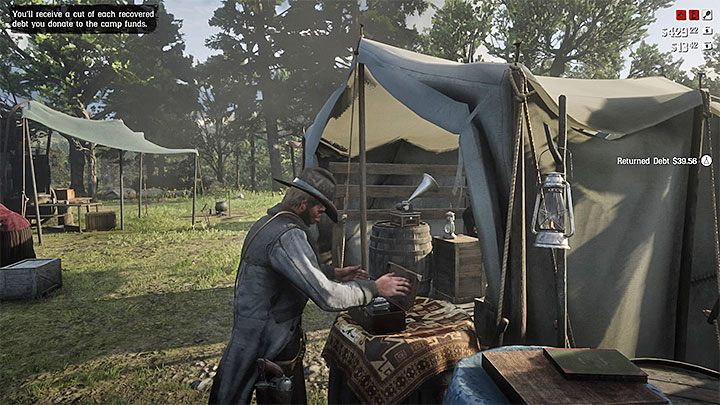 Go back to the hideout and place the collected goods into the camp funds chest. This is the first moment when you can check the Ledger and order hideout improvements. This step is optional, however, we recommend getting new upgrades at regular intervals (the camp funds chest should hold enough money for a project you want to order).

The two best projects are the upgrade for Dutch's lodging ($220) and the fast travel map ($325). Get them both to unlock the option that allows you to fast travel to other locations from the gang hideout. 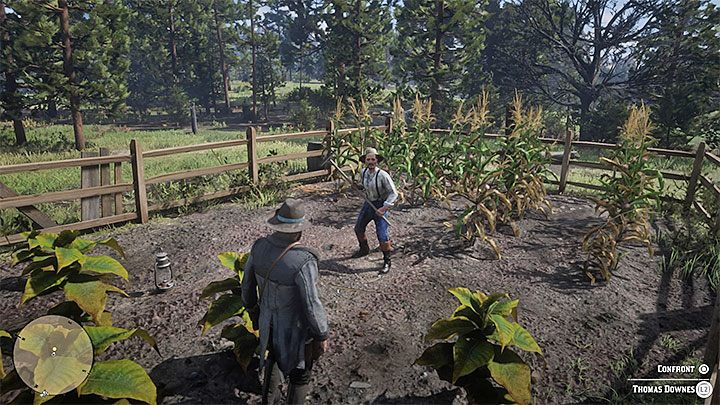 Meet with Strauss again. He gives you the location of another debtor - Thomas Downes. Go to his farm. Downes is working in the garden. Approach the man and allow him to attack the hero (Downes' attack will fail). Decide whether you want to only threaten the man or you want to beat him up. Sadly, you won't collect the debt. Downes is severely ill - he and his family live in poverty. Go back to Strauss and inform him about everything.

How to get a gold medal in Money Lending and Other Sins?