Old Friends is the title of one of the missions of Red Dead Redemption 2's main plot in the game's first chapter. In this mission, you will attack the camp of the O'Driscolls' gang. Our walkthrough will tell you how to win the big battle that plays out in a hostile location. 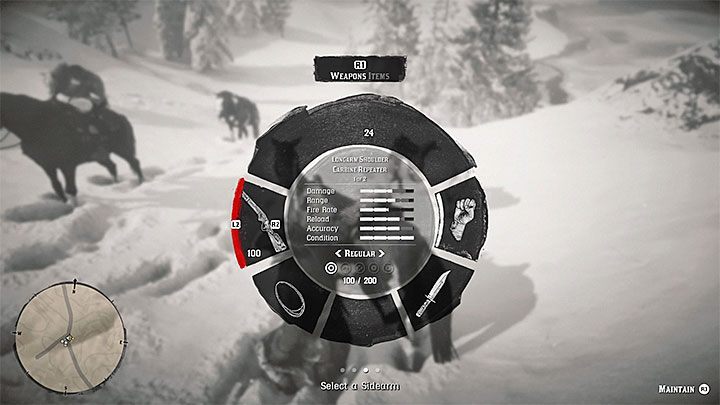 How to trigger the mission: Talk to Bill in the camp in the mountains. You have to finish the Entrance and Pursued by Memory mission.

Walkthrough: After watching the cut-scene start the journey, which will end once you get near the O'Driscolls' camp. Get to the lookout point to perform a reconnaissance (you can look around as much as you heartily wish). Go back to the hero's horse and take out the lever-action rifle (Longarm Shoulder Carbine Repeater). It's going to be very useful in defeating all enemies. 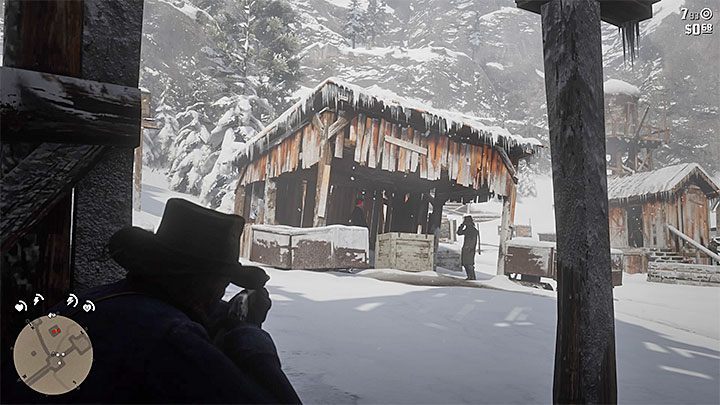 Set off with your comrades towards the enemy camp. After arriving at the place, you have to decide how to proceed - you can either take the initiative or send your companions to the fight alone.

Taking the lead is a better idea - thanks to that you can plan a surprise attack and start the fight with stealth killing at least one enemy. As the battle begins, watch the radar so as not to be surprised by any of the bandits. You can eliminate them in any order. Try to always fire from behind cover Aim at opponents' heads. Activating the Dead Eye mode, which allows you to mark several enemies in slow-motion mode and then shoot a series of quick shots in their direction. 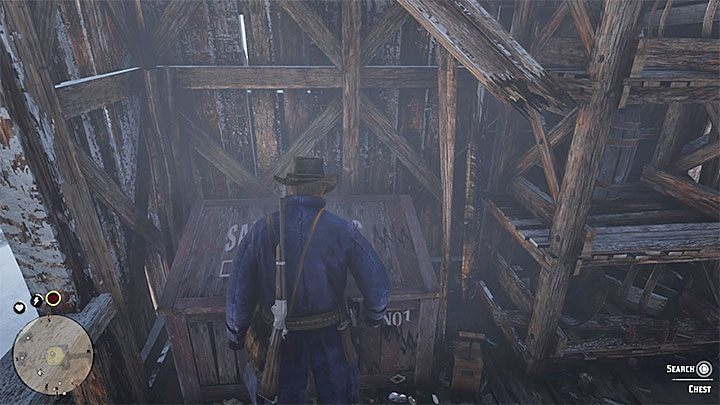 Soon after winning the battle reinforcements will arrive from the forest. Again, you can decide how your allies should behave - a better idea is to maintain a defensive position in the camp. This will reduce the likelihood of taking damage from open-air fights. Kill all new enemies. You can help yourself with activating the Dead Eye mode which slows the time down - mark a few enemies to shoot them in quick succession.

Go back to your team the last task is to search the camp. Go to the building indicated by Dutch. Learn a large box from the above picture - you will find dynamite in it. 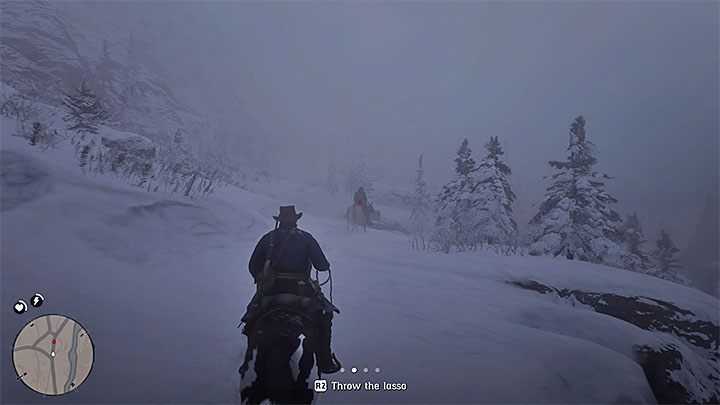 Start making your way back. On the way, you came across a fugitive gang member. You must catch up with Kieran; otherwise, the mission will fail. Start galloping and also select the lasso from the inventory. Try to catch up with the escaping bandit so that the dot of the crosshair turns red (see the picture above). You can throw a lasso so you can catch Kieran.

Dismount the horse and tie up the bandit. Place him on the hero's mount and return to the camp in the mountains. Get off the horse and move the prisoner to one of the buildings to complete the mission.

How to get the gold medal in the Old Friends mission?