Who the Hell is Leviticus Cornwall? is the title of the fifth mission of the main storyline in Red Dead Redemption 2. This task concerns an attack on a private train of Leviticus Cornwall with the intention of stealing the cash it carries. Our walkthrough describes in detail all the steps leading to the attack, stopping and robbing the train. 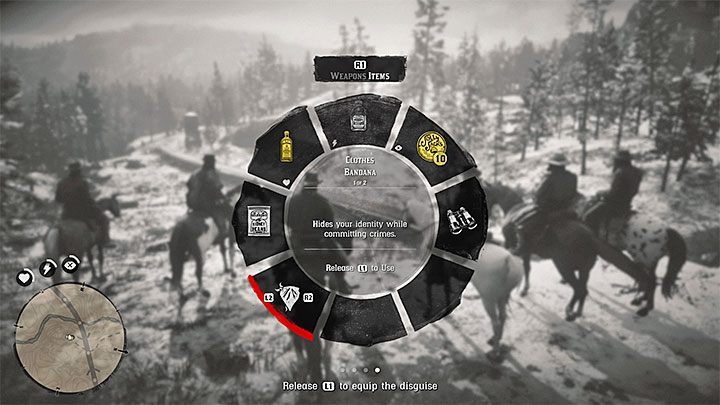 How to unlock: Automatically after you complete the Old Friends and The Aftermath of Genesis missions.

Walkthrough: Follow the group to a spot near the railway tracks where the ambush is to be carried out. Listen to Dutch's command and reach Bill. Pick up the spool and bring it to the detonator to prepare it for use.

Return to the hill. You must wear a bandana to hide your identity. Open the drop-down menu and select it from the Items tab. 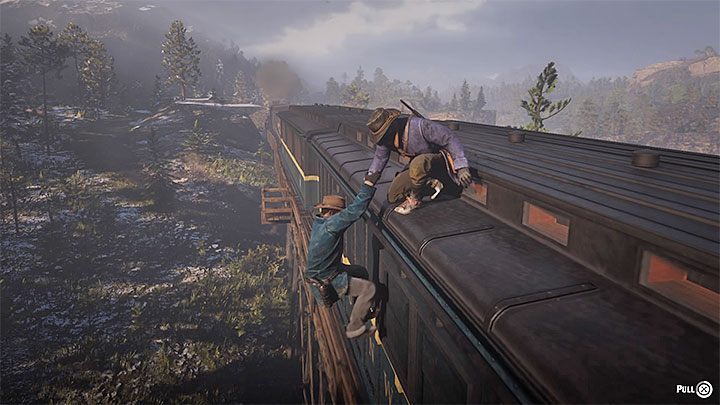 After the attempt to blow up the tracks ends in failure, start running and jump on the roof of the rushing train. Lenny will have a little accident and will need help. It's worth coming up to the edge and saving him. Fortunately, even if you miss this action, Lenny will not die and will climb the roof of the train on his own. 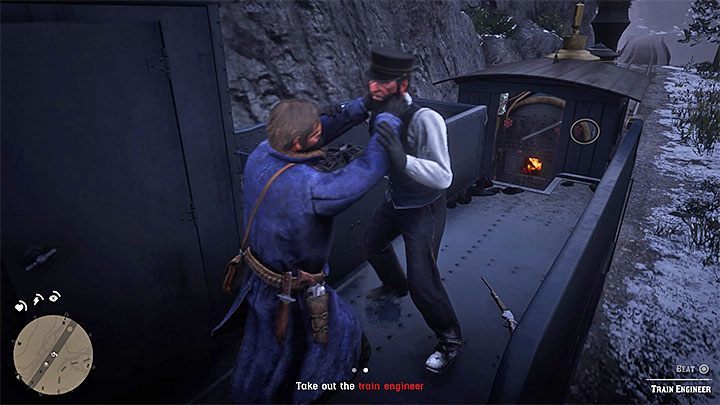 Go towards the locomotive. As you approach your first opponent, you can take the initiative or let Lenny do the job. The game allows you to attack and kill the first two enemies with a knife, but this is optional. Don't be left behind in subsequent battles, because if Lenny is shot, the mission will end up in failure.

While crossing, climb onto the roof of the closed wagon. Ultimately, you have to reach the locomotive where the hero will knock out the driver. Press the hand-to-hand combat button rhythmically to free yourself and then defeat the driver in a fist-fight. Enter the locomotive cabin and bring the train to a stop.

Note - Lenny can get attacked by the engine driver if he was the first to reach the locomotive. You can either help him or wait and see if he can deal with the attacker. 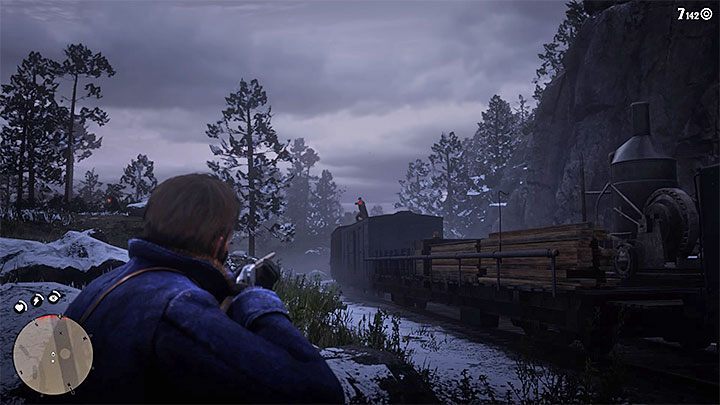 You must get rid of all the remaining enemies. Reach the rocks near the now stopped train - they can provide good cover. Locate and eliminate enemies around the train, as well as those inside the wagons and on the roofs.

After securing the area, reach the armored wagon. Start by emptying several magazines into the wagon. When that doesn't open it, pick up the dynamite, attach it to the wagon wall, set fire to the fuse and move away to a safe distance. The side doors of the wagon will be destroyed. 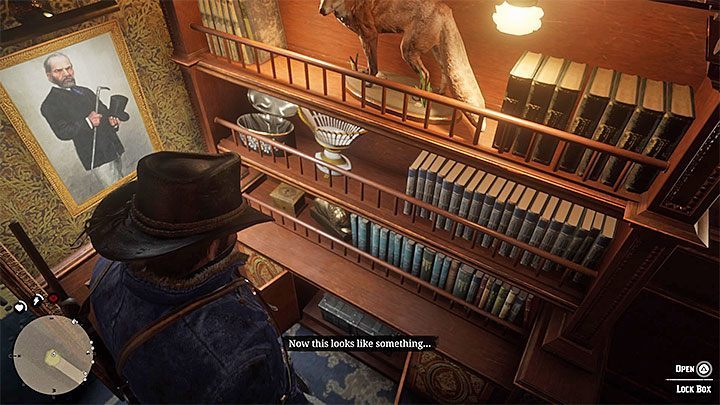 Get into the private wagon and go to the very end of it. You will find the bonds you are looking for in the place shown in the picture - open the cabinet and then the metal box. Inside the armored wagon there are other valuable treasures worth stealing, such as the new collector's card ((the found card is random).

Exit the wagon. You can drive the people who were in the wagon back inside or shoot them. If you don't want to kill them, aim at the guards to intimidate them and persuade them to return to the wagon. Go back to the locomotive to set the train in motion. The mission will end.

How to get the golden medal in Who the Hell is Leviticus Cornwall?