This is the last part of our walkthrough to Judgment. Below you will find a description of the final game chapter: Down Came the Rain. 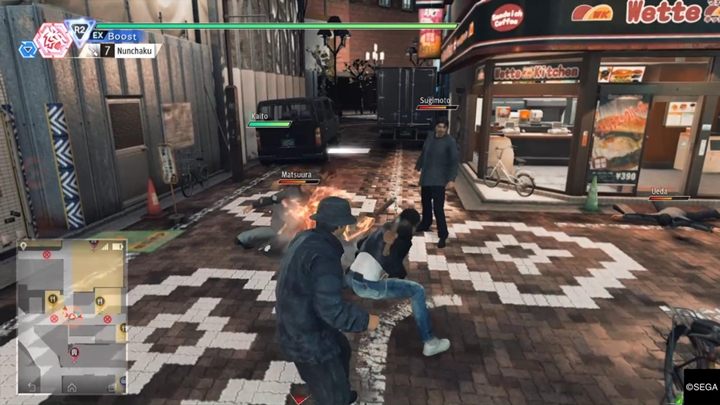 After a long scene, go to Tender Club and then start escorting Mafuyu. You will have to protect a woman from attacks. From time to time Mafuyu will cheer you. This will fully heal the hero and renew EX gauge. Fight your way through hordes of enemies until you get to the park. Then, go to the Genda Law Office. Walk the escorted woman to the taxi.

Now go to Cafe Mijore and talk to the man. Choose: To tell her to obey Morita, then go back to the Yagami Detective Agency. Your companions will be in the apartment and you can choose which of your companions you want to go with. Higashi wants you to go with him to the Matsugane family headquarters, where you can fight the gang members. The rest of your companions will ask you to go to the ADDC headquarters (talk with Kido) and visit the Detention Center. When you complete all the tasks, you will be notified that you are approaching the end of the game. It's worthwhile to save the game at this point, prepare some supplies, perform all skipped and side missions (although after the campaign you will be able to still max out the game) in order to fully prepare to the game's finale 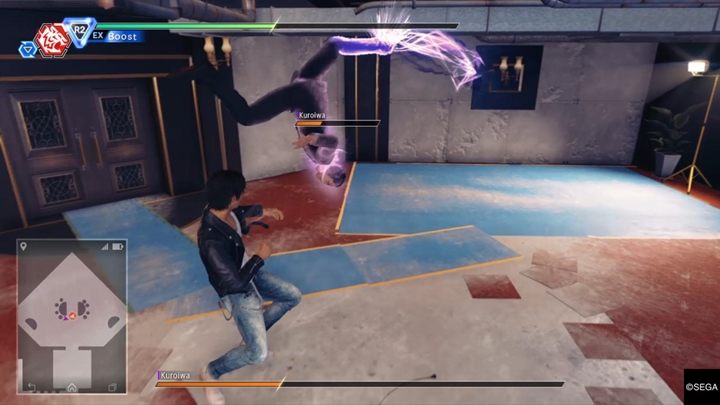 Talk to Sugiura, go to Genda Law Office and go to L'amant. After the cutscenes you will fight with Kuroiwa, who is a very strong boss. The enemy has a lot of health, powerful attacks, is fast and has an ability to strengthen his attacks. You have to be careful in the duel and perform a lot of blocks or dodges. After the cutscenes, go to court hall. 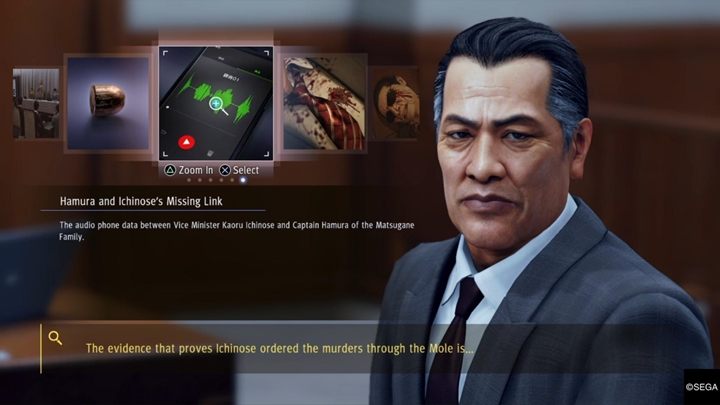 During the trial, select the following options: It created cushy retirement positions, Shintani's Phone Log, Shono's Connection to the Kyorei Clan Murders, Hamura and Ichinose's Missing Link. After the trial, run through the streets and fight against waves of enemies. After the scenes you will move to the ADCC, where you have to fight the police. Watch out for firearms and try to save first aid kits for later, cause these will be useful during final battles. 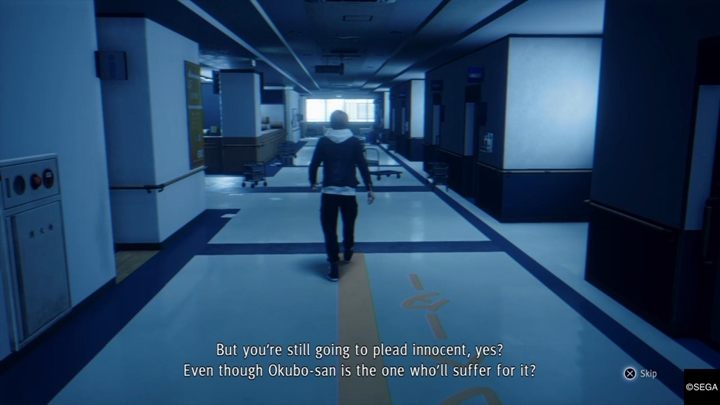 After a while, get to the body of a police officer - next to him you will find a gold access card. Move on, and defeat enemies in the garage after cutscenes. Now you will witness a few atmospheric cutscenes from a first person view perspective. 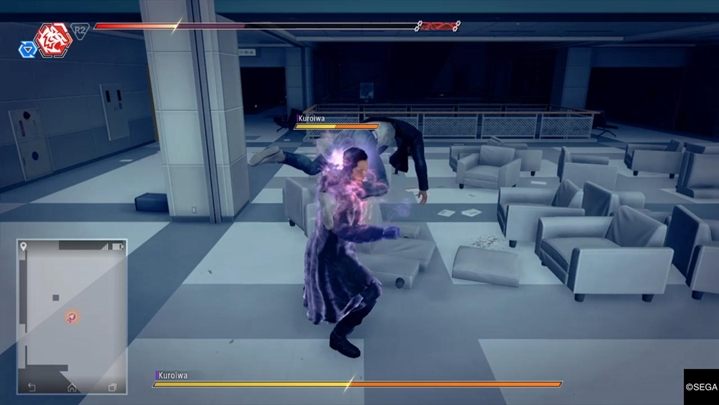 After a cutscene, it's time for the final duel with Kuroiwa. The enemy is as strong as before and you will have to use EX moves to cause some serious damage to him. Watch out for powerful counterattacks of the enemy and strong blows. When you defeat the enemy, he'll fly out the window... and after a while he'll be back with a full health bar. What's worse, from the very beginning he will fight in his EX form. He will get extremely powerful. Try to avoid his attacks, then catch and kick him. Use EX gauge to pick up any object. Use specials blows all the time. The fight will be difficult. So treat yourself and use the extracts if necessary.

After winning the battle you will watch a lot of cutscenes. This is the end of Judgment campaign, congratulations, you've made it! After the final credits you will unlock the new difficulty level and be able to continue playing after loading a game or starting a Newgame+ with all your skills and items.