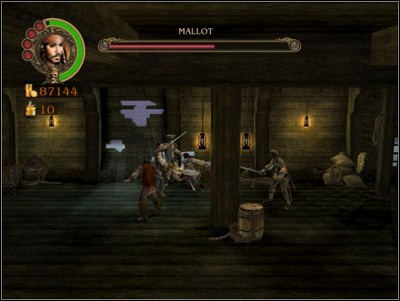 After getting out of the cell kill all the pirates and Mallot will come. It's easy to interrupt his attacks, so the fight with him isn't of the tedious sort. After he's in the cell, run up the stairs he came from. Upstairs you must stop the bombardment of the Interceptor - which is not an easy task, considering you must kill the two pirates guarding the powder room keys and destroy all cannons before the ship's health drops to zero. The kicker is the fact that if you toss a powder keg at a cannon still crewed, the keg will turn in midair and hit a crewman. 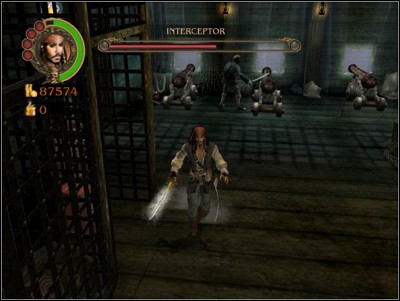 After you're done with this, go onward to Koehler - another boss, not very challenging. After the fight go down and release Mallot. This time killing him won't be hard - grog bombs and axes should be your main weapon here. Don't forget to check the cell for a Map Piece.