How to unlock: will start automatically once you complete The Rising Tide. 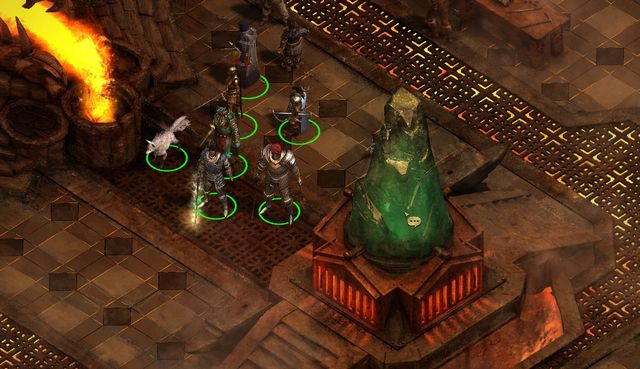 To forge the hammer, you need to use the large green crystal.

After you talk to Ondra, you will have to go to The White Forge (M5,13) and forge the obtained piece of metal into a legendary weapon. You can use the stairs located northwest from here. They will take you directly to the Forge. When you get there, use the large green crystal, and go through the paragraph sequence. You will receive Abydon's Hammer that can be bind to one of your heroes. 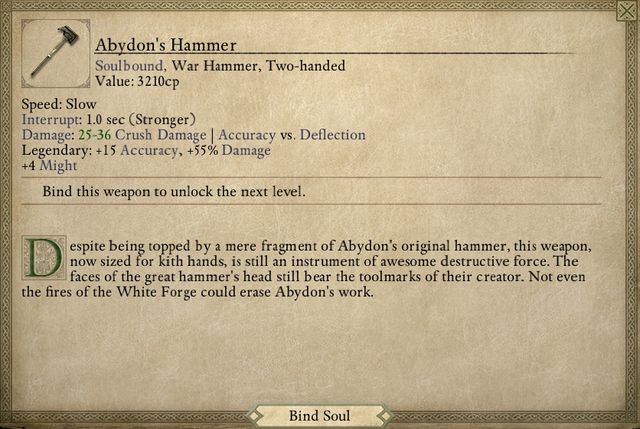 Abydon's Hammer is one of the best weapons available in the game.

You will be approached by Deryan and Wengra. Talk with them and you will receive Heavy Cannon Blast, a special ability that deals a significant amount of damage. However, it can only be used in Cayron's Scar (M11). You can get there directly from the Forge (the option will be available when you leave The White Forge. 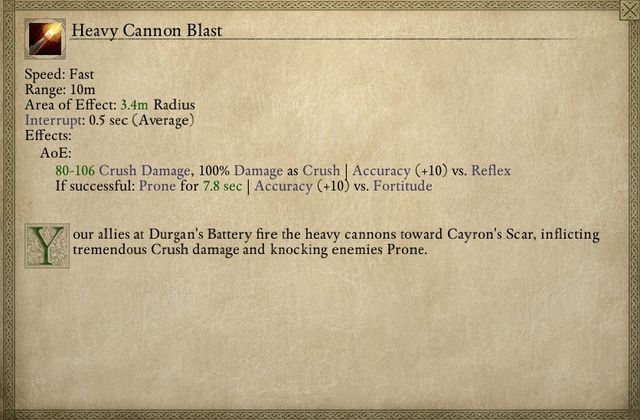 Remember to use your new ability.

When you get to Cayron's Scar, head to the southwest part of the location - The Fragment of Ionni Brathr (M11,2). One your way, you will have to defeat at least several tough Eyeless. Enter the cave and head to its west part. You will encounter some enemies. As soon as you climb down the cliff, the final battle will begin. Take down the Kraken. 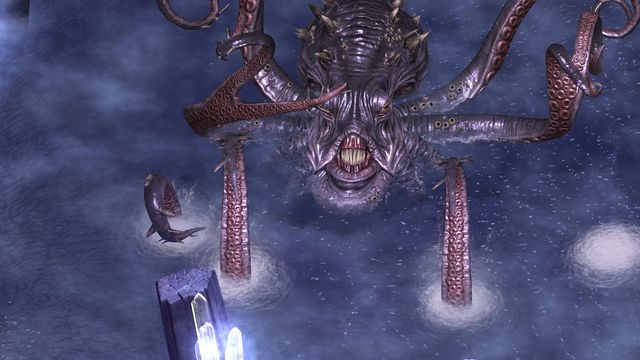 Although Kraken is the final boss, it is not a very strong opponent.

The most effective way of defeating Kraken is a direct and fast charge. Don't pay attention to its tentacles or other Eyeless. With a little bit of luck, you might actually take the creature down really fast (the beast doesn't have too much health points or solid defense). When you kill the creature, head to the west wall and activate the crystal. You have to participate in a long paragraph sequence that will make you sacrifice one of your companions and use all your abilities to get out of the caves in one piece.

Now you have to listen to a long conversation with Ondra that ends the quest. You have just finished the main storyline of The White March Part II.