How to unlock: the quest will start automatically once you complete The Iron Flail.

The Rising Tide will start automatically as soon as you kill two Eyeless Hammers at the end of The Iron Flail. Your first objective is to reach The Abbey of the Fallen Moon (M8). However, this is not your final destination. You have to meet with High Abbot Kaoto, who can be found in Halls of Presence (M9,4).

Talk to Kaoto. If you mention Eyeless and Reliquary, he will attack you right away. In order to continue your quest, you have to pass the recitation ritual that involves answering Kaoto's questions. To unlock all the dialogue options, you will have to visit 3 locations first:

Once you collect all the required pieces of information, get back to Kaoto (M9,4), and begin the ritual.

Once the ritual is over, Kaoto will let you enter Halls of Silence. You will also receive two keys: Steel-banded Key and High Abbot's Key. You can use the second one to access Kaoto's Quarters (M9,6), where you can find Kaoto's Journal. The Steel-banded Key will grant you access to The Vault of Forgotten Thoughts (M9,7). Here you will complete a personal quest for Maneha and obtain a very powerful weapon.

You can enter Halls of Silence. Don't worry about Guards (M10,1), they will not attack you. Head to Pool of the Anointed (M10,3). Not far from the gate in the west, there is a lever that you need to use. Nearby cells will open, and monks will come out. Moments later, they will attack you. You may find this battle challenging, so prepare yourself. 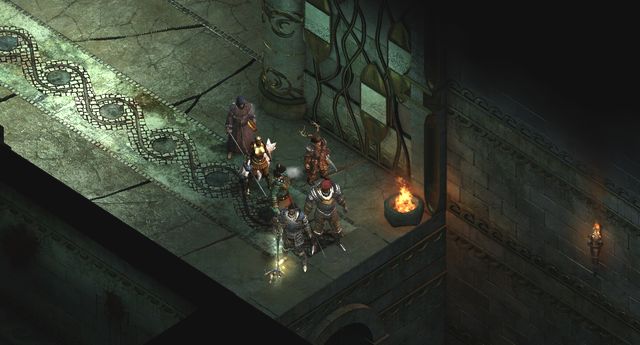 Activate the wall to start a paragraph sequence.

Head to The Rising Waterway (M10,5). You will have to solve a puzzle. Use the panels in the following order:

Once you put all the pieces in the correct order, a magic passage will grant you access to the other side. Enter Chamber of Tears (M10,6) and use the lever. You will receive Ondra's Witness. 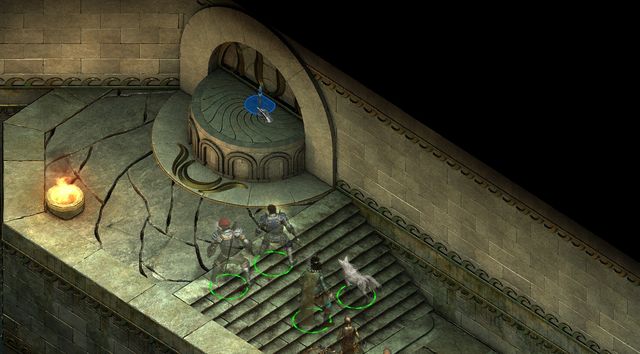 In order to obtain Ondra's Witness, use the lever. It doesn't matter which option you choose.

Once you activate the lever, the easiest and fastest way is to open the gates. Unfortunately, Ondra's believers will become hostile and you will have to fight your way back. Head to Halls of Presence and use stairs in the southwest part to access The Veil of Tears (M8,4) in The Abbey of the Fallen Moon. Prepare for a fight with Kaoto and several Ondra's believers. After the battle is over, approach the magic barrier. It will deactivate automatically. Use the stairs to get to the Reliquary (M8,5) and activate the skull in the middle. During the sequence pull the metal object. You are up for a long conversation with Ondra that will end this quest.

Your next quest will start automatically - Lair of the Eyeless, and Fragment of Abydon's Hammer will be added to your equipment. 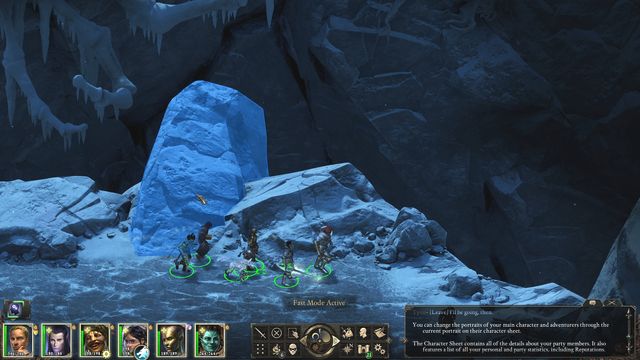 If you want to finish the quest quickly, use the ledge that will lead you directly to Halls of Silence.
See/Add Comments
JOIN FOR UPDATES