How to unlock: this quest starts automatically after you've spoken to Deryan (M1,1) during The Forgotten Army.

The Iron Flail begins automatically after your conversation with Deryan during the first storyline quest. You need to locate Adaryc Cendamyr and eliminate him.

First, leave Stalwart Village and find Iron Flail Fort (M7) on the map. It's North of the village and a bit to the West of Durgan's Battery. You can get there from any location, without the need to discover the road leading there.

While on the enemy territory, you need to get inside the fort. The guards (M7,1) will attack you as soon as you approach. There are several ways to get inside:

If you have previously completed Ready the Cannons (M1,1), you can now summon an artillery barrage that will destroy the main gate (M7,2). 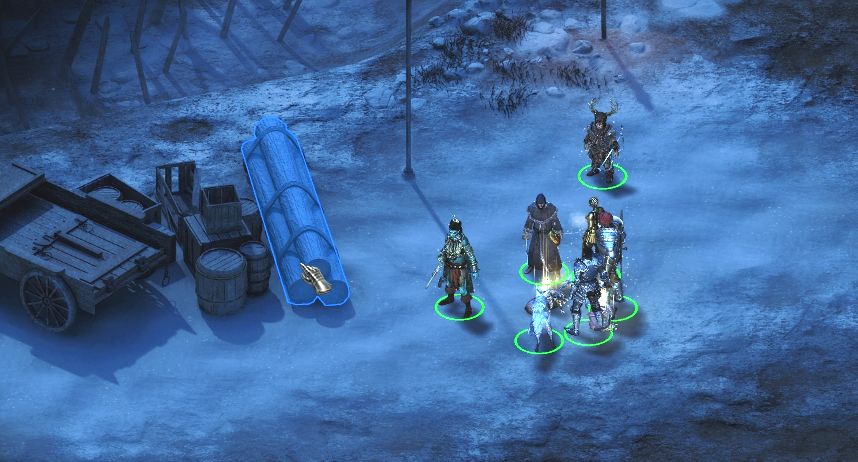 The main gate (M7,2) can also be destroyed with wooden logs, which can be found near the fort (M7,3). You just have to click them and read a short paragraph of text.

Use hook and rope on the Western gate (M7,4), and send in someone with high Athletics.

After you get inside, you will have to face at least a dozen-or-so opponents. You can avoid some of them and head straight for the Command Post (M7,6), but it is a good idea to explore the entire camp, because you will find quite a few valuable items inside. 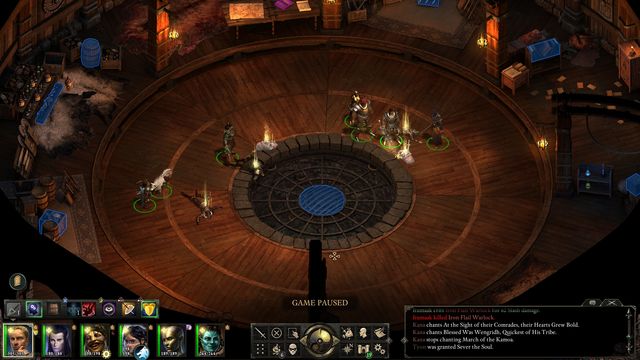 As you can see, there's a hefty amount of containers with valuable items in this location.

Inside the tent you will find Adaryc. The conversation starts automatically after you enter. Although, most of the dialogue options will lead to a battle, it should not be too difficult. 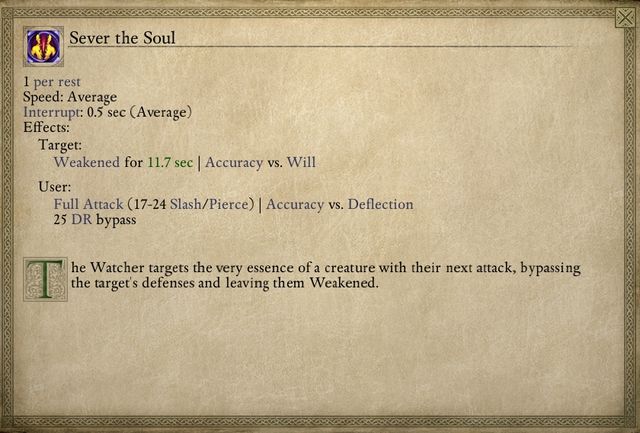 The skill that you obtained is not too powerful, but it may prove useful in some situations.

After you win the fight, you receive a new ability - Sever the Soul - that weakens opponent's defenses. Loot Adaryc's corpse for the Cell Key and a rather nice breastplate. Don't forget to search the entire tent thoroughly. Then, open the cell located in the very center of the floor. After a short conversation, one of the diplomats will kill himself and you will have to "touch" his spirit. 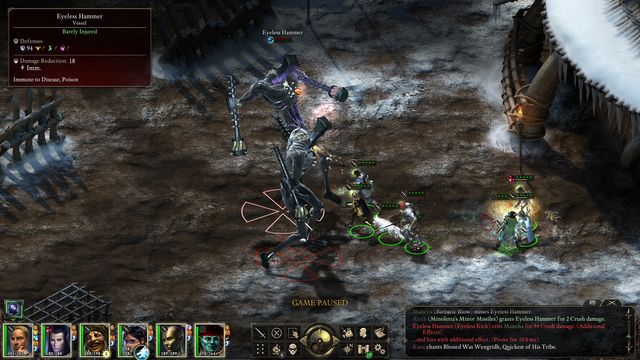 It is a good idea to cast several weakening spells to help you defeat Eyeless Hammers.

During your vision, something strange occurs outside. When you exit the tent, you will be attacked by two Eyeless Hammers. There is no single easy way to defeat them, but it's important to finish them off one by one. You cannot attack both of them at the same time. After the fight, you will receive some experience points, and a short vision will start. After that, the quest ends and another one begins automatically - The Rising Tide.