Way to unlock: this quest starts automatically after your conversation with Deryan, during the quest The Forgotten Army. 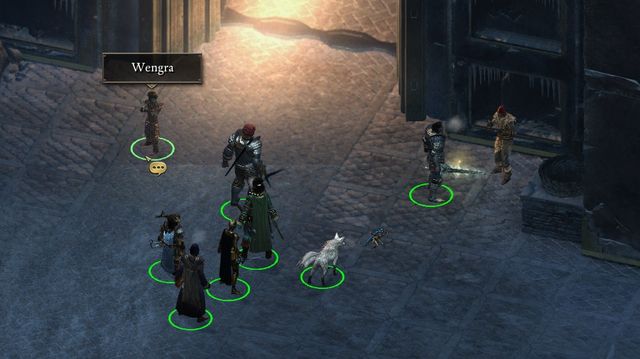 After you have completed the quest, Wengra changes location from the Main Entrance to the Top of the Western Tower.

Just like in the case of quest The Iron Flail, this quest appears in your journal automatically, after you have finished your conversation with Deryan during the quest The Forgotten Army. You need to go to Durgan's Battery (M4) and check out on the progress of restoration of cannons that you need for defense.

As soon as you get there, find Wengra (M4,1). She is standing right in front of the keep's entrance. From her, you learn that the cannons are in the Western tower, but there is no way to get there because of monsters. Of course, you need to deal with them. To do so, enter the keep (M5). Right behind the door go left and take the stairs. Now you need to go a bit to the left to get to the tower. 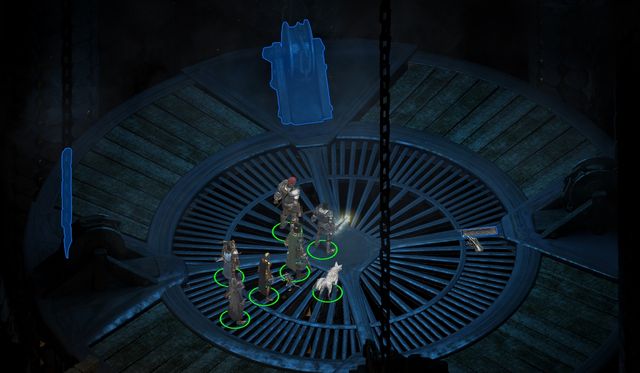 While inside, you need to find the Artillery Lift (M5,8). Unfortunately, it turns out to be broken. To restore it, you need to repair three elements:

There is an activation lever missing on the right side of the lift. You can substitute it with three items: Torch, Crowbar or Dwarven Lever, which you find in the Maintenance Room (M5,9). 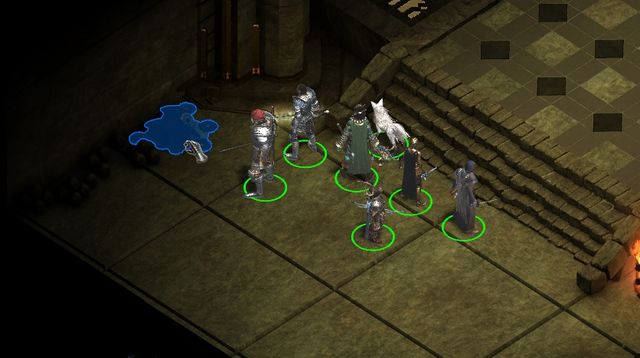 You can find the cog you are looking for in the heap of junk.

On top, you need to fix the lift mechanism. For this you are going to need the Patinated Cog, in the Patination Chamber (M5,12), in the chest on the left.

As soon as you fix all of the elements, you only need to pull the lever. This starts quite a long sequence.

It is safest to stand in the center of the platform. After a while, it stops and you will have to defeat several opponents. After the fight you only need to switch the lever again and you will be transferred to the top of the western tower. 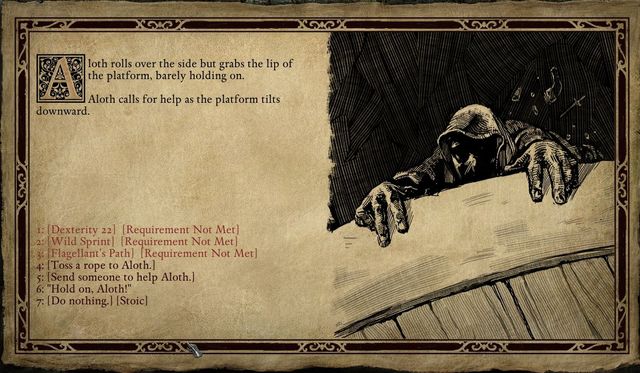 It's not easy to save the your companion from death.

If you decide to defend yourself at the rims of the platform, one of your allies may irreversibly die. Even if you save him, you are going to fight monsters.

If you have a character with the level of Mechanics of at least 10, you can try to fix the platform, although you will succeed only at the 3rd or 4th attempt. Thanks to this, you will avoid fighting any opponents. 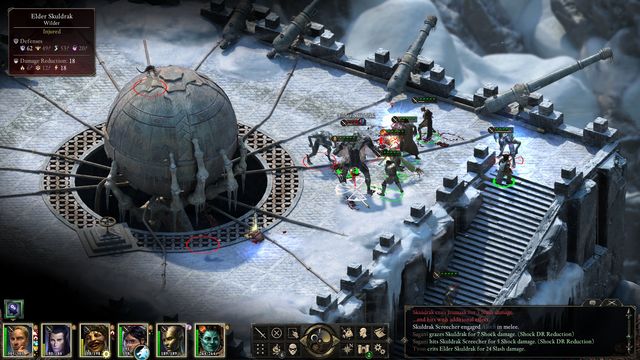 During the fight with the last opponent, try to use terrain formations to your advantage .

While at the top of the western tower, you need to go to the right a bit and onto the elevation in the center. You need to watch out, because you are going to fight the final opponent here - Elder Skuldrak and a dozen-or-so minor opponents. After you win the fight, loot the boss's corpse for Dragon's Maw Shield, which can be used only by a barbarian or a fighter. 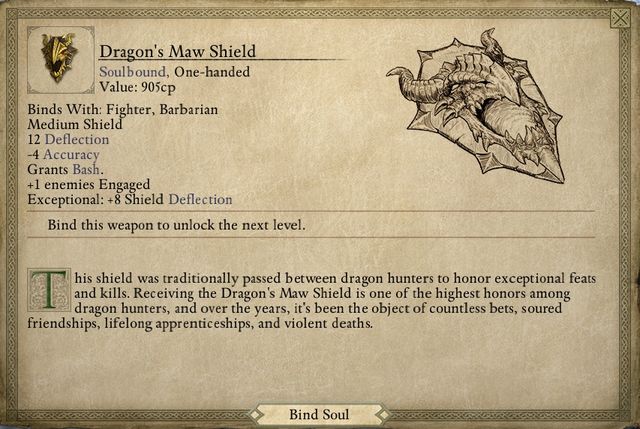 You receive a very interesting shield for defeating Elder Skuldrak.

Now you only need to use the knob in the center. This starts a short cutscene. After you do the reading, you need to come down to Wengra (M4,1) and report to her. You will receive some experience points and you will improve your reputation in Stalwart Village.