How to unlock: the quest will start automatically after completing the main story of the first part of the expansion. 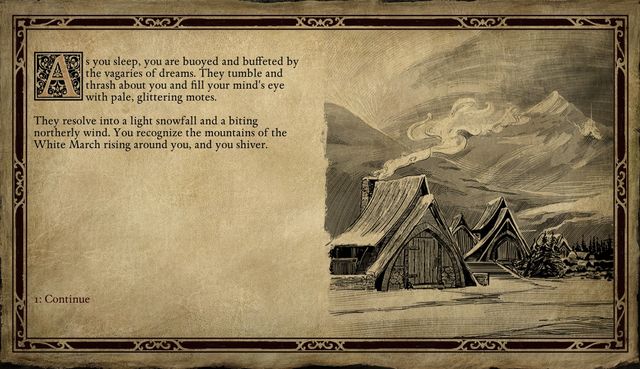 The decisions made during the text sequence will have no impact on the further game.

The Forgotten Army quest is the first, introduction quest to the second part of the White March expansion pack to the Pillars of Eternity. It starts automatically after completing the main storyline of the first part.

Your task is to go back to the Dyrwood. You can go to any location of the main map as long as you leave the territory of the White March. Now you must simply rest. You can do it in any inn, in your fortress or even by using camp materials. During the rest you will have a vision from which you will learn about a mysterious army. You will also receive some experience. 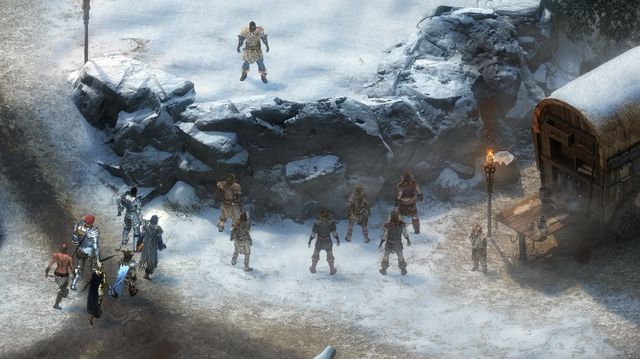 After walking through the village gates you will be automatically moved to the gathering place.

Now you must go to the Stalwart Village (M1) in the White March. During the journey you will have an opportunity to increase the difficulty level of future duels. This decision should depend on the level of your party, your equipment and the need for greater challenge. Once you walk through the gate, a cutscene will start during which you will listen to the words of Deryan (M1,1). He will speak about the mysterious army from your dream. You will also participate in a long conversation, but your decisions will have no impact on its outcome.

The other part of the quest consists of the following missions:

Once you finish all these quests, you will also complete The Forgotten Army, and thus end the main storyline of the second part of expansion to Pillars of Eternity.