This quest can be acquired from Galvino (M8,5), after the conversation about the Durgan's Battery. He will ask you to uncover someone named Grynda. 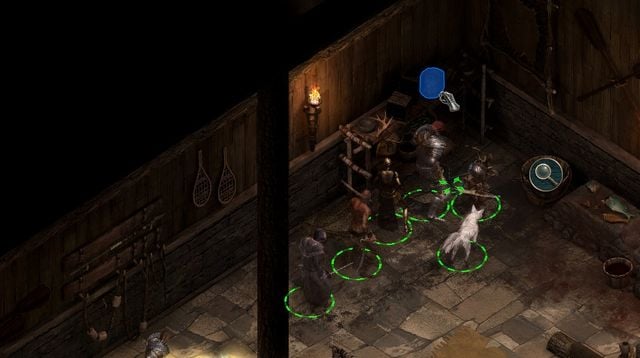 Take the bracelet from the chest in the corner of the room.

Go to the Stalwart Village and wait till the night (you can use the Inn to speed up the process) and enter the Fishery (M1,6). From the chest in the corner of the room you must collect the Adra's Bracelet. Read the whole history. Afterwards, Grynda with a follower will enter the room. During the conversation you will have a couple of choices:

The One That Got Away

The quest will be given to you automatically after accepting the Devil of Caroc to your party. All you have to do is to observe her during your journey - whenever an icon appears on her portrait, click on it in order to start a conversation. During them, you should focus on selecting options that require a certain level of a given statistic (like Might or Resolve) and keep the conversation for as long as possible. After a while she will confess that she wants to find and kill a woodcutter named Hermk. 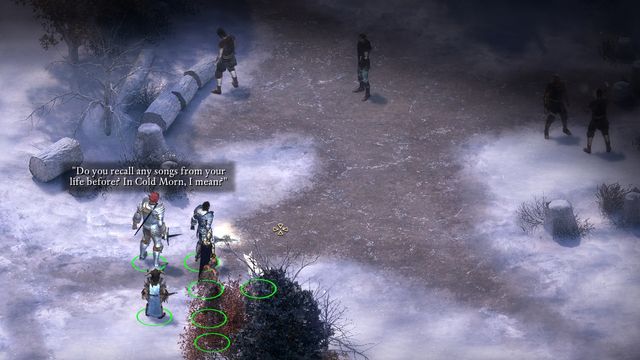 Woodcutters camp will appear only after the conversation with the Devil.

In order to find Hermke, you have to get to Russetwood. Head towards the Woodcutter's Grove (M2,12) and speak with the sought man. Reach for his soul. Tell the Devil of Caroc that he's not the one responsible for the house fire, and you will simply walk away, finishing the quest at the same time.

By admitting that Hermke is the one responsible for the crimes you will force a fight with him and four additional woodcutters. They should pose no threat to your team. You will find a small amount of gold coins on them, but nothing more. The quest will be then finished.