The quest begins automatically upon entering the Great Hall, which in turn is associated with completion of the Durgan's Battery quest. Your first objective is to get to the lower floor of the stronghold. The only place in which you might have some problems are the closed doors (M9,4). In order to open them, you must do one of the following: 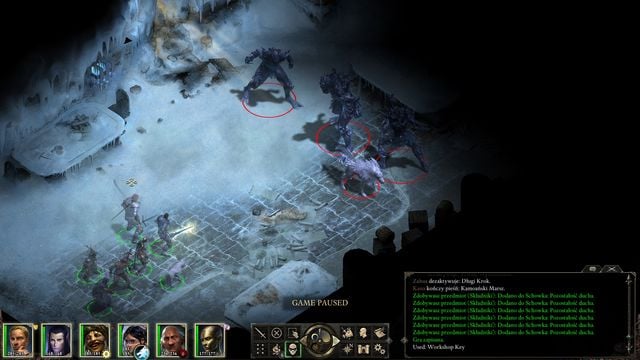 There's a number of difficult encounters awaiting you in the mines, including one with a group of Ice Trolls.

First things first, you have to acquire the key to the workshop (M10,1). It can be found on the body of a dwarf (M10,6). As soon as you collect it, a group of enemies will appear. You have to defeat them. During your journey to the workshop, a group of enemies, with a Battery Siren, will appear. A Battery Siren is a powerful enemy, so you should prepare for the encounter accordingly. Use the key you've just collected and open the door to the workshop. Inside, you will have to fight with a group of enormously powerful Ice Trolls. This time you should place your characters appropriately, by sending your warriors to the front line and keeping your long-ranged characters in the back - don't forget about using potions if the situation requires it. Additionally, you can lay a few traps, if you happen to have them at your disposal. During the encounter, use the active pause as much as possible. As soon as you defeat the trolls, pick up the loot they dropped and collect the seal from the table. Now you must approach the doors that block the access to the stairs. During your journey you will encounter another group of enemies, with a Battery Siren. Place the seal in the opening on the left side of the door. Now you must do the following:

After getting to the lower floor, the quest will be updated, and you will have to look for the White Forge itself now. Even here, on the lowest floor, you will have to complete a series of activities in order to advance. First things first, look for the elements needed to activate the forge. The first n, Adra Disc, can be found in the room in the middle of the map (M11,4). Approach the sphere and press The Old Vail, then the Living Earth, and at the end the Ruatai. You will be given the disc. Now you have to acquire two adra spheres. The first one can be found in the room in the Northern section of the location (M11,6). The second can be acquired from the chest in the warehouse (M11,1). 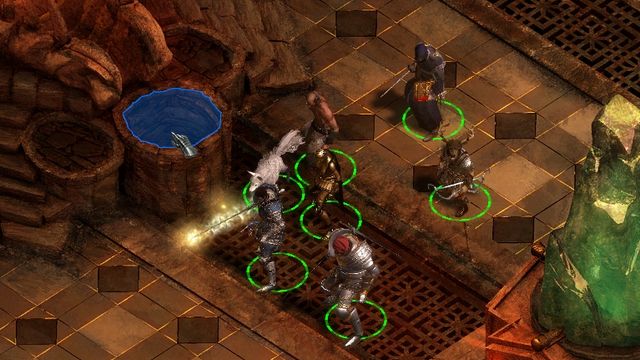 The first step to activate the forge is to place two adra spheres and an adra disc inside.

After acquiring all three items, head to the Forge (M11,5) and place two adra spheres and an adra disc inside. You will awaken all the nearby enemies and you will have to fight a group of 6 to 7 foes. The encounter is quite difficult and you should prepare for it accordingly. Place your mages and ranged classes far away from the forge, and your warriors on both sides of it. It's worth to place a few traps and prepare potions which add fire resistance.

After the battle approach a large adra obelisk and click on it. From the conversation you will learn a lot about the history and the destiny of this place. Selecting various dialogue options won't make a difference on the finale. After the conversation the quest will be finished, and you will complete the main storyline of the expansion. 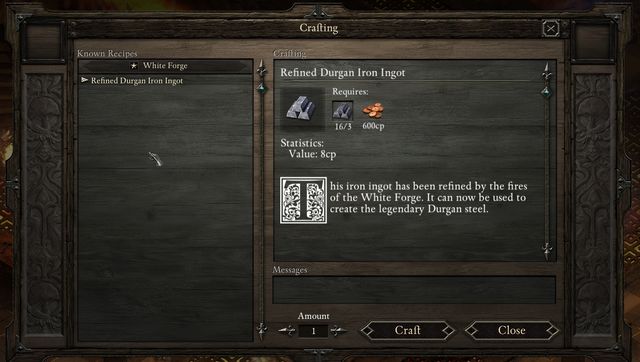 If you want to collect as much as Durgan Iron Ingots as possible, you should search all three levels of Durgan's Battery.

In the freshly activated forge, you will be able to smelt Durgan Iron Ingots, acquiring the material which can be used to upgrade weapons and armor. In the enchanting window an appropriate option will appear as soon as you acquire Durgan Iron Ingots. 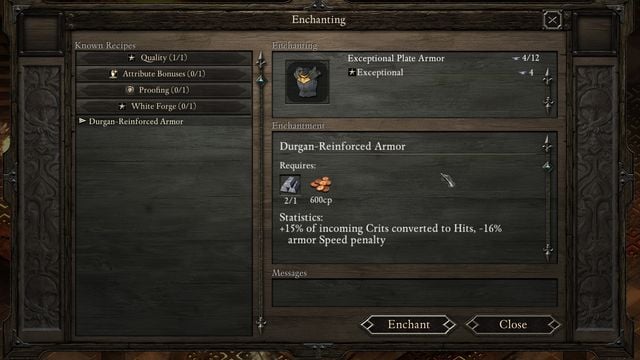 Thanks to the White Forge, you will be able to upgrade every weapon and armor. All you need is a little bit of gold and an ingot.
See/Add Comments
JOIN FOR UPDATES