You will be given this quest by the Steward of your stronghold - Caed Nua. It will happen during the conversation associated with the Durgan's Battery quest. From that you will learn that to the North of your stronghold there's a fortress of a powerful mage called Concelhaut - a name you should be familiar with from a number of (names of) spells at your mage's disposal. 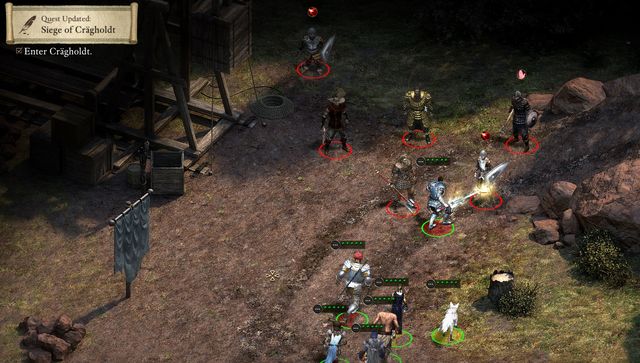 You should prepare before deciding to fight Baelorin.

At the beginning you have to travel to the Crägholdt Bluffs (M12). As soon as you enter the location, you will be approached by the mercenaries. Unfortunately, you won't be able to avoid combat and you will have to force your way through the whole encampment, until you reach the entrance to the fortress. The most difficult encounter awaits you at the castles' courtyard (M12,3). You will find Commander Baelorin there. As soon as you approach the group, a short conversation will begin, but regardless of your choices it will end in a fight. A good idea is to set your party accordingly, or even lay traps before approaching the commander. After you've dealt with the mercenaries, all you have to do is to cut your way through several groups of undead.

As soon as you enter the stronghold, approach Tanoss (M13,2) and speak with him. He will tell you that in order to get to Concelhaut you need to have a key composed of four parts. He will give you his own part if you agree to kill the three remaining disciples of the renown mage. 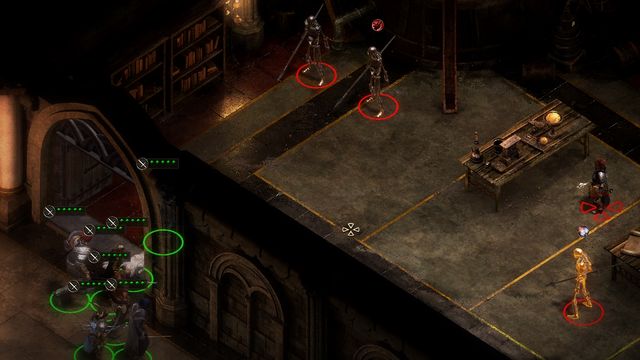 During the encounter with Sabel, try to use the narrow passageway to gain an upper hand.

First things first, head towards Sabel's Laboratory (M13,3) and defeat her. She is protected by a group of rather strong skeletons, so the task won't be easy. It's important to focus on Sabel first, and ignore the skeletons until she is down. Pick up the note from her body.

Afterwards, go to the Pelden's Laboratory (M13,4) and defeat the mage. This time the disciple will be accompanied by a group of alghuls, so the encounter should be a little easier this time. Don't forget to pick up the note from the body of the fallen Pelden. 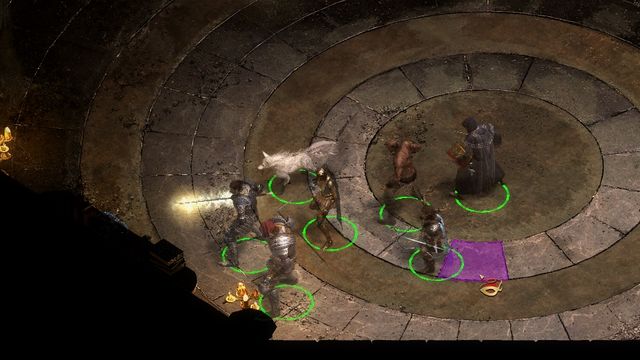 While in the Uariki's Laboratory don't forget to search the floor. Be wary, as picking up the items you find there will be considered as theft.

The last stop will be the Uariki's Laboratory (M13,5). Defeat the owner, as well as a number of animated weapons. Just like before, don't forget to pick up the note from her body.

Once you've collected all three notes, go back to Tanoss (M13,2). According to your deal, you will be given the last part of the key. Approach the doors to the Concelhaut chambers (M13,6). Before clicking on it, however, make sure that you read all the notes you've managed to accumulate. Click on the door and select the following answers: 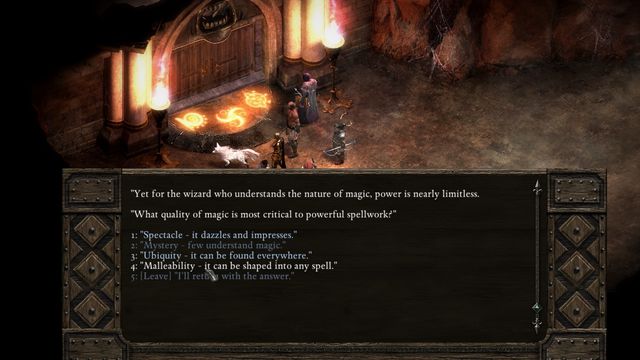 If you don't want to go with the method of "trial and error", use the tips above this screen.

The door to the chambers will be opened. Approach and start a conversation with Concelhaut. Unfortunately, you won't be able to avoid this fight. It will be one of the most difficult encounters in the whole game. There's no "guaranteed strategy" to use here, but the least you can do to prepare is to come here when your party is of 13th level at least. As soon as you kill the mage, the quest will be accomplished. You will be given a huge number of immensely valuable items. If you now decide to speak with Tanoss, the discussion will result in another encounter. 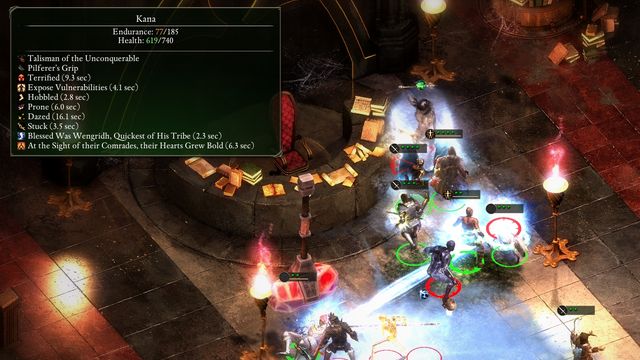 Concelhaut applies a huge amount of negative effects on your team. You should protect your party from that accordingly.

After the first conversation with Tanoss, you can go all the way to Uariki (M13,5). She will give you a counteroffer. You will receive her part of the key in return for killing the remaining disciples, including Tanoss. Head to all three mages - Tanoss (M13,2), Pelden (M13,4) and Sabel (M13,3) and take their notes. Afterwards, get back to Uariki and she will give you the last note and a couple of useful items. The rest of the quest remains the same.