Alpine Dragon can be found in the Longwatch Falls location, or to be more specific in the cavern on the Southern section of it (M3,5). It's one of the strongest and most dangerous enemies in game, compared even to the dragon of the Caed Nua dungeons.

Before you decide to fight the enemy, you should prepare accordingly:

The whole encounter should proceed in an orderly manner. Keep your warriors as far from each other as possible, preferably on several sides of the dragon. Your ranged characters should be positioned as far as their attack range enables them to - additionally, distances between them should be considerable as well. At the beginning you should focus on defeating the smaller enemies accompanying the dragon - the best way to deal with them is to use area of effect spells, as well as those which do relatively low damage. 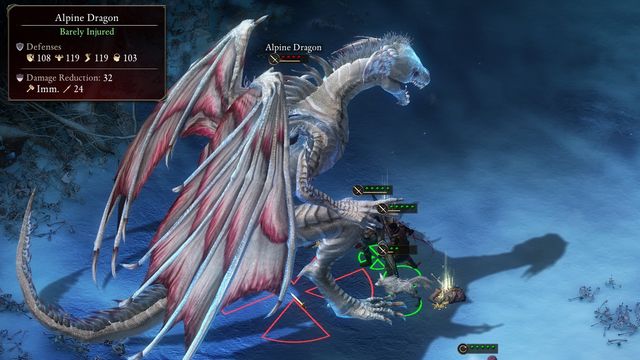 While battling the dragon itself, you should be aware of two things - it has an extremely high resistance to attacks, as well as an aura that decreases the accuracy of your characters. The solution for high defense is to deal slow, but powerful blows. In order to do so, you have to swap the weapons of your characters - one handed weapons to two handed, and ranged characters should wield guns instead of bows. While using your spell-wielding classes, focus on spells that deal the highest amount of damage to a single target. In order to reduce the effects of the dragon's aura, you should have a high-leveled druid (Durance, for instance) in your party. A druid has access to buffs which increase the accuracy of your party, as well as those which render your party members resistant to paralysis and knockdown.

One character, preferably a warrior, or a paladin, should be designed to block the attacks of the dragon. Equip him/her with the heaviest armor you possess. It must be a character with his/her own access to at least a few defense-increasing abilities. Don't forget to buff your tank with other spells from the rest of your party - the longer that character is able to survive, the higher the chance that you will be able to defeat the dragon. 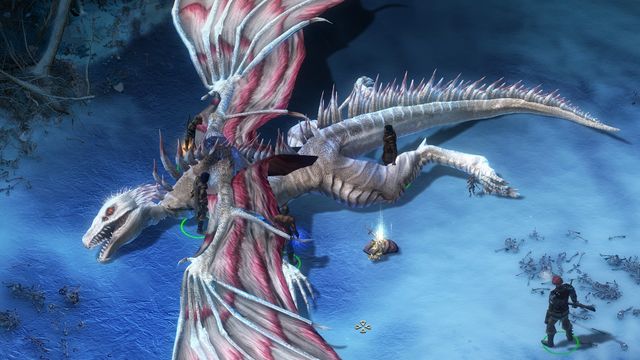 As you can see, the Alpine Dragon is not impossible to defeat.

The last advice - do not give up! After each attempt on defeating the dragon, you will know what to improve in order to succeed.