In The Gref's Rest (M1,2) you will find Feara. From her you will learn that she and her team were in the Durgan's Battery, but her caravan was ambushed. During the attack, she lost a couple of valuable items and she will ask to reclaim them for her. 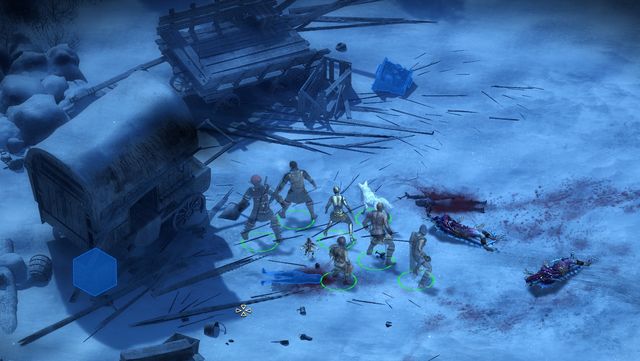 There are a lot of containers surrounding the destroyed caravan - don't forget to search all of them for loot.

Go to the Durgan's Battery and head South-West (M4,5). There you will find a destroyed caravan and a group of Lagufaeth. They shouldn't pose a serious threat to your party. After taking care of them, search all of the nearby containers for loot, preferably with your TAB button pressed all the time. Take all the valuables. Return to Feara in The Gref's Rest (M1,2) in Stalwart Village. She will give you 500 pieces of gold upon completing the quest.

To the South of the Temple of Ondra (M1,5) you will stumble upon Ista, a female dwarf scientist. She has completed her newest prototype, but unfortunately for her, she won't be able to test it herself. That task goes to you.

Go to the Durgan's Battery. As soon as you arrive, your journal will be updated. The device will be leading you to the West. Go to the nearby Cavern (M4,4), but be careful, as there's a group of ogres and wolves at the entrance. As soon as you enter the cave, the device will start reacting. Venture further into the cave, until you stumble upon a group of Lagufaeth, which you must defeat. After you're done, approach the Northern wall of the grotto and look for a little cavity in the rock. The easiest way to do that is to simply press and hold the TAB button, which shows all the places and items with which you can interact. Take the White Adra Gems from the cavity. . 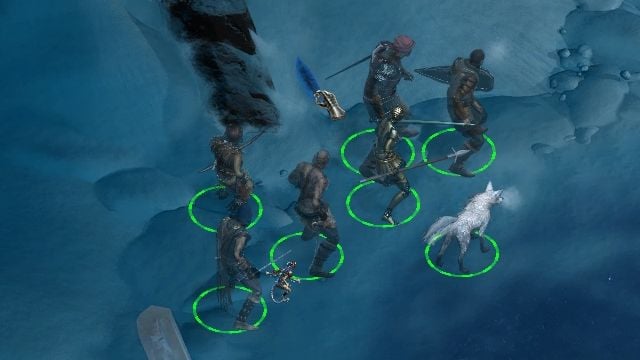 The cavity in the wall that you must find is extremely small and easy to miss.

You receive this quest from the guard captain in Stalwart village - Tealdor (M1,7). You will have to eliminate a group of political killers that have stopped for a while in the Longwatch Falls. 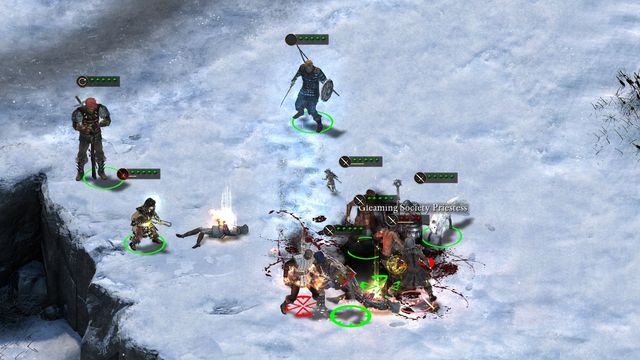 Fighting the members of the Gleaming Society shouldn't be hard. Utilize the open space to properly position your team.

Go to that location and walk on the rock ledge in the southern part of the map (M3,4). You won't be able to talk - the battle with enemy group will start immediately. As usually, first focus on ranged fighters, and leave their leader, Ulmar, for the end. Take all the items from the bodies of enemies, especially Ulmar's Head. Now go back to Tealdor in Stalwart village (M1,7) and take the reward - 3000 pieces of gold.

The bounty mission for Meztla, the leader of the followers of Berath can be taken from the captain of the guard in Stalwart Village, named Taeldor (M1,7). Her group was previously seen near the Durgan's Battery. Go there as soon as possible and find her camp (M4,7). You won't be able to talk with her - all you can do is to simply approach her and her team and defeat them all. You should prepare thoroughly, as you will be facing a group of 7 high-leveled characters. After defeating them, pick up all the items they have dropped - don't forget about the head of Metzla. Go back to Tealdor (M1,7) to complete the quest - unfortunately for you, you won't be given anything, aside from experience, from that. 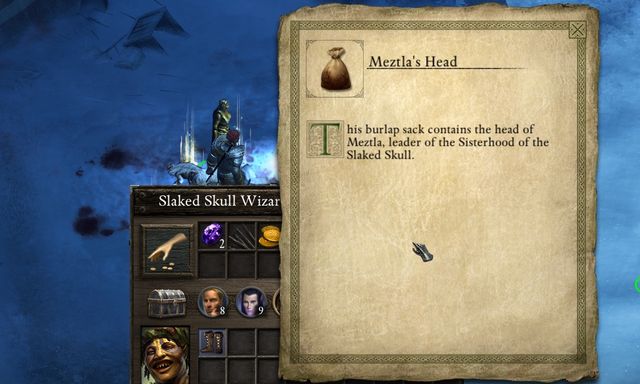 This quest will be given to you by the captain of the guard from the Stalwart Village, Taeldor (M1,7), but only after completing the two previous quests from the same man: Bounty: Meztla and Bounty: The Gleaming Society. This time you will have to defeat a character named Laenric, who can be found in the Russetwood. Go to the location and head straight towards the place in which you've previously found a group of Pale Elves (M2,6). As soon as you are seen, the encounter will begin. Afterwards, collect the head of Laenric and go back to Taeldora (M1,7). You will be given 4000 pieces of gold.

Bounty: Disciples of the True Flame

This quest will be given to you by the captain of the guard from the Stalwart Village, Taeldor (M1,7), but only after completing the two previous quests from the same man: Bounty: Meztla and Bounty: The Gleaming Society. You will have to take care of a group of murderers, who can be found in Longwatch Falls. As soon as you arrive, locate their encampment on the Eastern side of the map (M3,7). You won't be able to speak to them - you have to defeat them all. Collect the head of Firedorn, their leader, and get back to Taeldora (M1,7). You will be given 4000 pieces of gold.