During the conversation with Haeferic, the owner of the inn (M1,2), you will learn that he has some trouble with one of his clients. Go to the back and enter the last room in the corridor. There you will find Ailef. He will tell you that he is a slave that has escaped. Sadly, he can't run any further as there is a group of slave hunters nearby. Your task will be to get rid of someone called Defala. 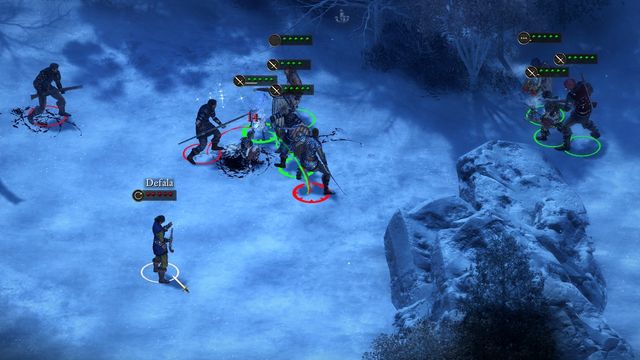 During the battle with the group of slave hunters you must watch out for enemy ranged fighters.

Go to the Russetwood and find the slave hunters' camp (M2,9). Defala will automatically start the conversation. If you will pick Ailef's side, you won't avoid fighting. The battle won't be hard, the only thing you must watch out for are the shooters. Now go back to Ailef. He will give you the Ring of Unschackling which adds a spell that dispells negative effects and a bracelet made from durganian iron. You will also receive a small gift from Haeferic. The quest will end. 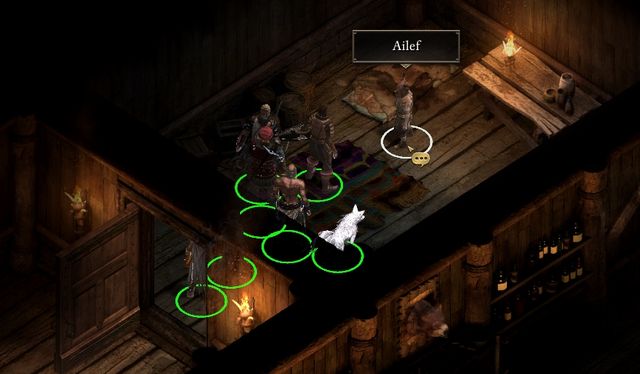 Selling Ailef is the least honorable but the most profitable choice.

During the conversation with Defala you can agree on tricking Ailef and selling him. In that case, you must go back to the inn and talk with him: