When you walk towards the Temple of Ondra (M1,5) in Stalwart village, you will meet Okrun. Talk to him and you will learn that he has given the medallion and armor to the priests and that now he is trying to get them back. Your job will be to help him.

Enter the temple, inside you will find few priests. Talk with Lafda. It won't solve the trouble and you won't receive any specific information. When you will leave the building, you will hear a conversation. Walk towards the window in the right side of the building and click it. You will be able to open it quietly. To hear the whole conversation you must have Stealth on at least level 7. After hearing the conversation you will notice one of the priests leaving the building. 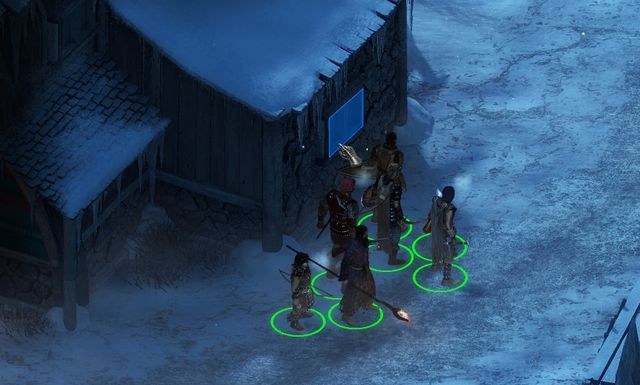 Walk towards the window and listen to the conversation between the priests.

Now go to the Russetwood, more specifically to the airhole on the lake (M2,4). Once you get close there, you will notice the priest who left the temple recently. He will be doing something at the hole and then he will leave. Walk towards the hole. You will have to dive. If you selected the wizard class, it is possible that you have the Bulwark against the elements spell that will increase your cold resistance. If not, then the character that will dive should have Constitution on level 16. 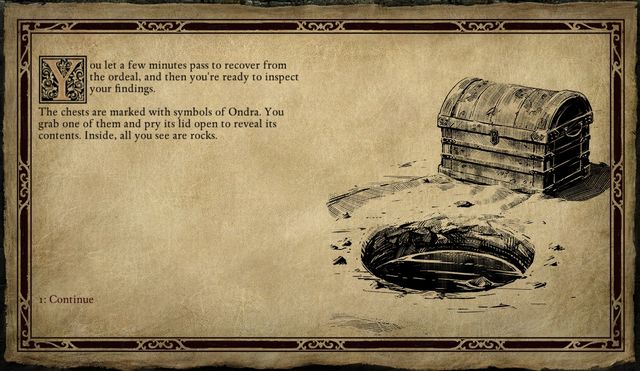 You will be surprised with the contents of the chest dragged from water.

Now go back to the Stalwart village and go to the Ondra temple (M1,5). Talk with Lafda. Agree not to give priests to Okrun. For that he will give you 6000 pieces of gold and a key that will be used to open the chest in the corner. Inside you will find the White Crest Armor, one of the better heavy armors, and Okrun's amulet. In the meantime the priests will leave the temple and the village. Walk outside and talk to the questgiver. You have two options: You tell him that the amulet sank in the water. You will keep the amulet, but won't receive any reward (the amulet adds +2 to Intellect or increases your focus, depending on your character's resistance points. Second option is giving the amulet back to Okrun. Depending on dialogue option you select during the conversation, you will receive various amount of gold from him: 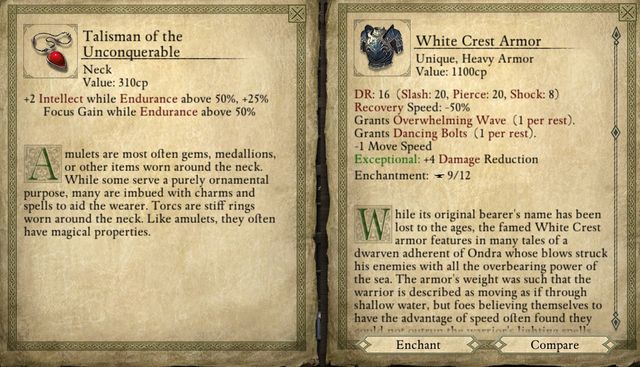 Before giving the medallion back think if it wouldn't be better to keep it for yourself.

When you will be returning from the Russetwood, you can immediately tell Okrun what you have learnt. You can also offer him your help in teaching the priests a lesson. Go with him to the temple. After you walk a while, the battle with priests will start. It shouldn't be too hard. Just remember to take care of Lafda in first order as she has few strong spells. Once you take care of the opponents, Okrun will walk towards the chest at the wall and will take his items. Further conversation will be similar to the one described previously. Depending on what you will say you will receive different amount of gold. Search the bodies of defeated enemies. Open the chest in the corner of the room, inside you will find a very good armor and around 1000 pieces of gold. The quest will end successfully. You will find a key at one of the bodies. It fits the chest in the corner, but since it is open anyway, the key is completely useless.

During the conversation with Lafda you can also select option in which you neither take money from the priests nor give them up to the village authorities. Except for the lack of 6000 pieces of gold it won't change anything. 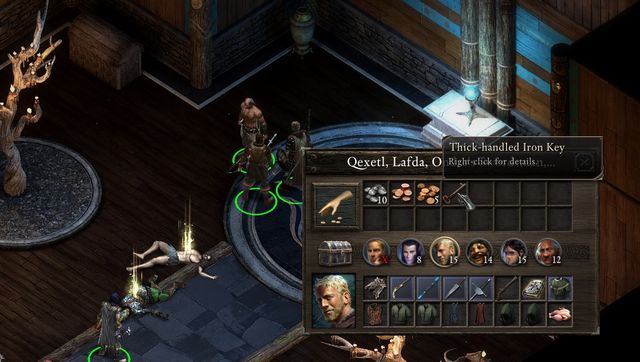 After possible defeating the priests don't forget to take the key and open the chest in the corner of the room.

During the same conversation you can also pick the option of giving the priests up to the local authorities. It won't happen as you will be attacked by the whole group. After defeating them take the key and open the chest with the armor and the amulet. You can give it back to Okrun and you will receive the reward from him, from zero to one thousand six hundred coins, depending on the selected dialogue option. In this case you can't keep the amulet for yourself.