North from Stalwart village you will find Thyrsc's house (M1,3). Inside you will meet its owner, the old hunter. He can give you a task of killing a very strong beast - a wolf that can be found near the lake in Russetwood.

Go to the Russetwood and find the Galawain shrine (M2,5) in its northern part. After examining it you will learn that something has been taken away from it and that it is the source of beast's aggression. 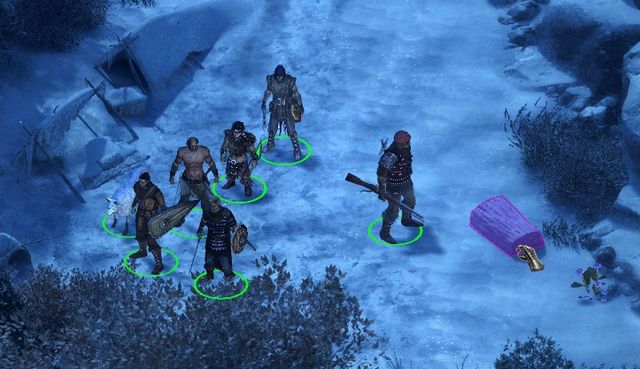 Take the hunter's totem from the chest on the right from the abandoned camp.

Now you must find the beast's hideout. West from the shrine you will find a wolf's lair (M2,7) protected by three weak enemies. Inside you will find an injured villager and Suldrun - a druid in wolf form. First reach for his soul and try to learn as much as possible. You will learn that the druid has been cursed into a wolf form and is unable to leave it. Once you have no more dialogue options except for combat, try to retreat peacefully. Now go to the hunter's camp (M2,8) and take the Hunter's totem from the chest. Once you do it, go again to the Galawain shrine (M2,5) on the North of the map and place the totem on the shrine. Now you can go back to the cave with the druid. 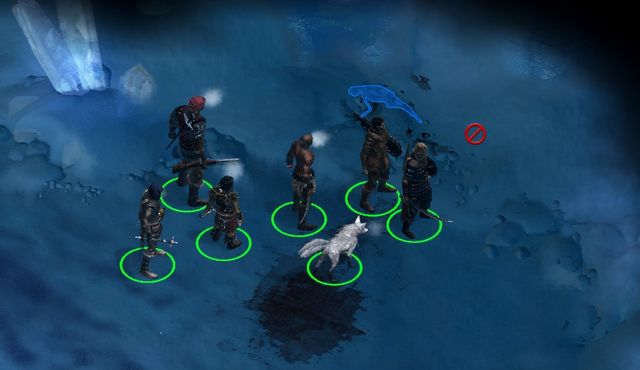 Don't forget to search the cave in which Suldrum was residing.

In the cave you will meet Suldrun the druid, this time in a normal, human form. Talk to him and advice him to go home. He will give you the Ancestor's pendant. At the end of the cave you will also find a unique staff. Now you must go back to Thyrsc (M1,3). You will receive the Cloak of frozen hunt and the quest will end. You will also increase your reputation in Stalwart.

During the conversation with Suldrun, you can suggest him not to go back to the village. The reward, both from Sulfrun and Thyrsc, won't change. 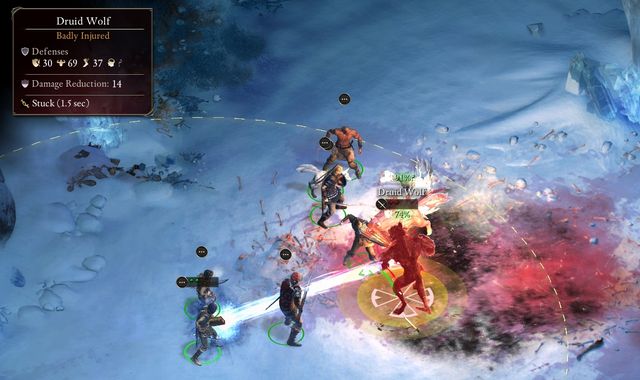 If you want to finish the quest quickly, just kill the druid.

Instead of helping Suldrun in returning to his human form, you can kill him during the first meeting. The duel shouldn't be hard, you should first focus on eliminating the two snow wolves accompanying him. Once you defeat all the opponents, go back to Thyrsc (M1,3). You won't obtain the amulet, but the rest of the rewards, including experience, will be the same.