The story of the first part of The White March, the expansion pack to Pillars of Eternity, takes place in parallel to the events shown in the main game. Because of that, you can explore the add-on at any time of the game you want and stop it with no storyline consequences. However, it is worth mentioning that the new territories aren't available since the very beginning of the game. In order to unlock them you must reach the second act of the main storyline, become the owner of the Caed Nua stronghold and reach the Defiance Bay. You will also need to complete the Never Far from the Queen quest. After leaving the Woedica temple you should receive a message from the Steward. 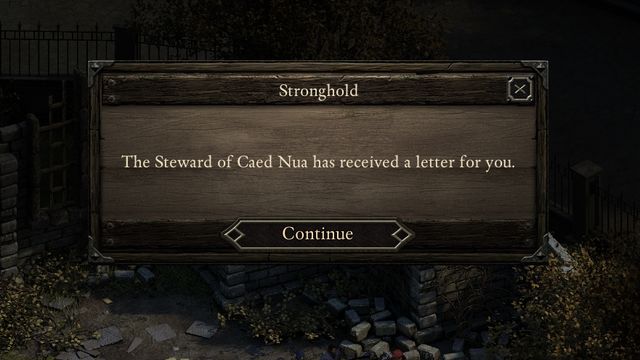 Receiving such information unlocks access to the new locations on the map.

If you continue the game with a previously created character and the story is progressed much further, you should receive this information immediately after loading the game. If that won't happen, then try to complete any main quest. After receiving the information from the Steward, a new quest related to the story of Pillars of Eternity: The White March Part I will be added to your journal - Durgan's battery. 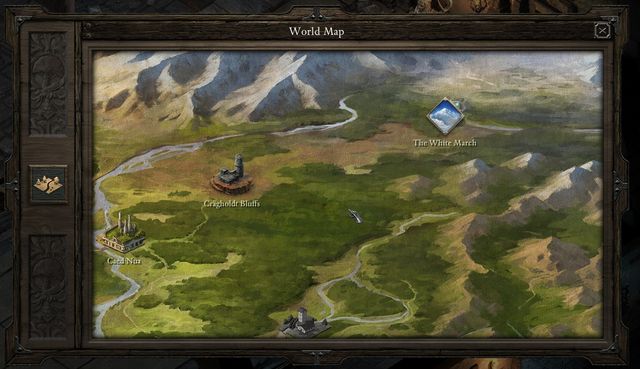 The White March Part I is adding one new location on the main map and an icon that transports you to a separate map with the territories added in the expansion.

To start the new adventure, you must go to your fortress - Caed Nua - and talk to the Steward. You will learn about the story background of the expansion and the main objectives that you must fulfill. At the same time you will be informed about the additional challenge that awaits on the main map. Your objective will be to explore the mysterious tower of the Concelhaut mage (there are few spells with his name on them found in the game) which can be found North from your headquarters. The quest is named Siege of Crägholdt.