You receive this quest after you meet with Sidha and Rihenwn in Twin Elms in Elms' Reach (M37,6) while completing The Assassin at Large main quest. You need to reach the ruins of the ancient prison on the Burial Isle. First of all, go to Oldsong. In the Eastern part of the district, there is a ferry crossing (M39,2). Talk to Dorvhal and confirm that you want to go to the Burial Isle. 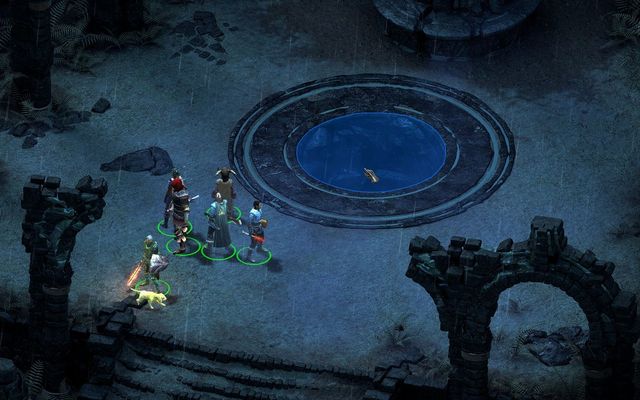 As soon as you gain favor with one of the deities, jump into the pit.

After you get to the Burial Isle go to The Pit (M56,1) and jump inside. Note! Before you take the jump, make sure that you have gained favor with one of the deities.

You can gain favor of the deities by completing specific quests (they have been described on the page entitled Deity Quests in Elms' Reach):

Rymrgand - Into the White Void ;

Berath - A Servant of Death ;

Galawain - The Old Queen and the New King ;

Hylea - The Nest Above the Clouds .

Now you only need to jump into the Pit. The quest will then be automatically completed.

After you take the jump, you will be unable to return to the world map. Therefore, make sure that you have already done everything that needs attending and you want to complete the game.