You receive this quest automatically, once you complete the Never Far from the Queen main quest, i.e. after you have seen the vision in Catacombs under Copperlane (M19,8). Exit the temple. Your destination is the Heritage Hill district. You can reach it from the direction of First Fires or from Ondra's Gift. On you attempt to enter the district (M24,1), you will be halted by the Justiciar. There are two ways in which to enter the Heritage Hill - use high Strength at the level of at least 18 points or mention Wyla. The latter option is available only if you have unlocked the Missing Sentries quest. It is Wyla you receive it from at Crucible Keep in First Fires (M22,1). If you do not have it in your journal, pay a visit to the Keep. 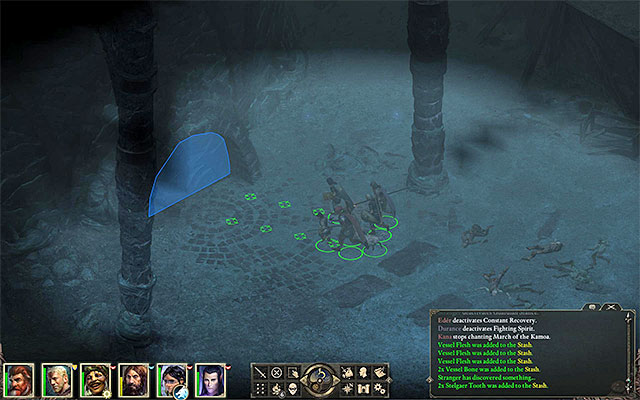 After you have entered Heritage Hill, head towards the Western part of the map. Along your path, fight the undead and try not to attack too many of them at once. Apart from that, watch out for Skeletal mages and kill them as quickly as possible. You need to reach the entrance to the Tower (M24,6). Of course, you start at the bottom level (M25,1) and you need to reach the very top (M25,4). Start climbing and expect to have to eliminate numerous groups of monsters. After you get to the top, approach Aldhelm and talk to him about the machinery there.

Return to the bottom and exit the Tower. Head towards the Northern part of the Heritage Hill and find Icantha's House (M24,5). Enter and talk to Icantha about the machinery so that she can teach the main character the engwithan language. Don't leave the cottage just yet. It's recommended that you explore the entire building. You will encounter a locked door and you can open it if you have 4 lockpicks and 3 points of Mechanics or 4 points of Mechanics. A group of people was being held prisoner in the locked room. If you rescue them and send them to the Tower then you will have a chance to end this quest in an alternative way (details at the bottom of this page).

You can now return to the top of the Tower (M25,4). Interact with the Engwithan machine and do not talk to Aldhelm again or he will attack the party. There are two things that you can do - either disable the machine, or sabotage it by increasing its throughput which results in an overload. You receive more positive reputation points if you do the latter.

If you've rescued a group of prisoners in Icantha's House then Aldhelm will absorb them and you will be allowed to talk to him once you've returned to the top of the Tower (without that he would simply attack your party). He will offer you a chance of ending the quest in an alternative way - by consuming the energy of the engwithan machine. End the conversation, interact with the machine and choose a newly unlocked third option if you want to do as Aldhelm suggested.