Lord of a Barren Land- Side quest 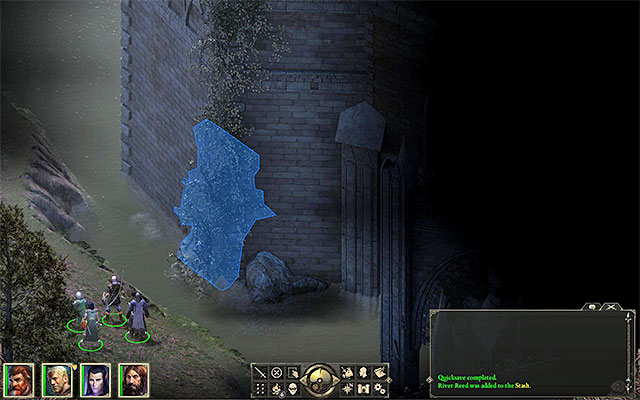 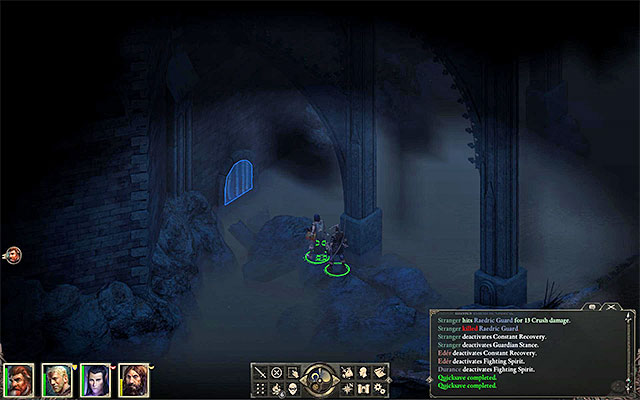 You get the opportunity to start this quest during your stay in the Gilded Vale. You can receive it once you have completed A Mother's Plea side quest. After you leave Aufra's Home in the village (M4,8), your party should be accosted by Kolsc (M4,1) close to the big tree. Agree to the plan to kill Lord Raedric. Take the eastern exit from the village and cross the Esternwood, which will lead you to Raedric's Hold.

Your first task is to make it into the hold. You can talk to Cletlan and Ludwin guarding the main entrance (M9,1), but do not expect to be let in, even if your Resolution is at a high level. Therefore, you need to decide whether you want to attack the guards or search for another way in. If you choose to enter by force, defeating the guards on the bridge does not do the job, because there are more of them in the main yard, and by the main entrance to the hold. (M9,2). You would have to win some challenging fights there and there would be more to come once you enter the hold.

It is a much better idea to find an alternative way in. One of the ways is to interact with the vines on the walls of the hold in the western part of the map (M9,3). You can use them to climb onto the upper walls, if any of your party members has Athletics at the level of at least 3, or if you own a grappling hook. On the upper walls, there are several opponents to defeat and you should especially watch out for the Priest of Berath who wields magic. Locate the door into the storage in the hold's sanctuary. (M10,1).

Another option is to reach the grate leading to the hold's dungeon, which is located by the moat in the eastern part of the map (M9,4). You need a character with lots of Strength here, or a prybar, which will enable you to enter the underwater corridor. It will lead you into the south-eastern part of the dungeon. (M10,9). 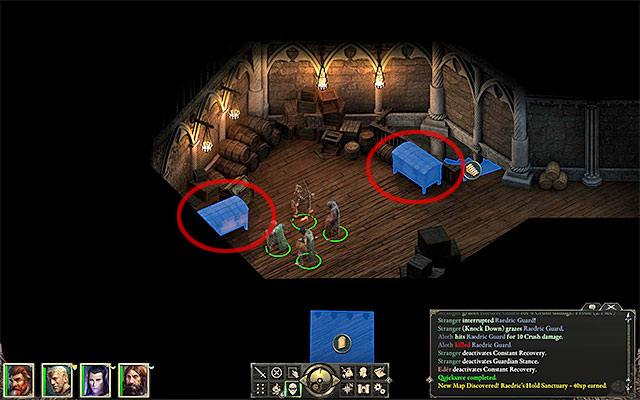 If in spite of the above-mentioned suggestions, you have fought your way through the main entrance into the hold, you start at the main level of the hold. Expect that you will have to fight two more demanding fights in the chambers at the entrance. Along your path, you will run into a locked door and you can break the lock, or take the route around, through the dining chamber.

If you chose to go through the sanctuary, you start in the storage (M10,1). Take interest in the chests located there and loot them in search for Berathian robes. Wearing them prevents the party members from being perceived as threat by the NPCs there. Still, you cannot feel completely safe, because you will be stopped by at least two guards there. To avoid getting into a fight, you need to use dialogue options connected with Resolution.

If you decide to go through the dungeon (M10,9), during your exploration you need to watch out for numerous monsters (guls, skeletons, etc.) and for traps that are most plentiful in the western part of the map. 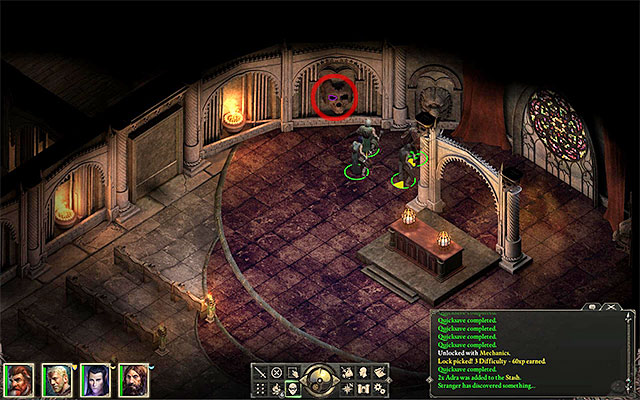 The secret switch in the chapel

There are two NPCs that can help you get to the throne room where Raedric resides (M10,14). These are: Nedmar in the sanctuary (M10,4) and Osrya in the dungeon (M10,11). Nedmar's chamber is protected by locked door, but you can walk over to the adjacent chapel (M10,3), where you can find a secret switch at the altar. Once you have talked to Nedmar, you will be asked to rescue his friend Giacco. Return to the chapel and find the stairs into the dungeon. Use the switch (M10,8) and reach the holding cells in the central part of the map (M10,10). You can free Giacco thanks to lockpicks, or if your Mechanics is developed well enough. If this is not possible, go to the chamber where Osrya is, attack her (M10,11), plunder her corpse and collect the key to open the cell. After you have rescued Giacco, return to Nedmar. He will give you a universal key, which you can use to open a secret passage in the northern part of the Sanctuary (M10,13).

Osrya is staying in the northern part of the dungeon, near the area with the holding cells. She asks you to kill Nedmar for her. You therefore need to get to the priest's location and kill him (preferably when nobody sees you). After it's done, return to Osrya. You can now use the nearby secret passage (M10,12). 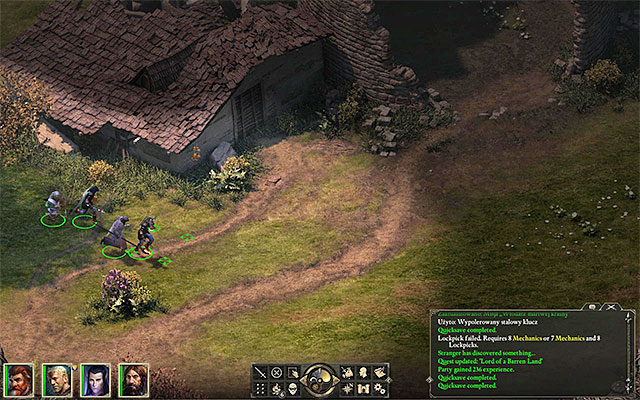 All of the variants provided above (fighting your way through the main part of the hold, using Nedmar's or Osrya's secret passage) grant you access to the throne room at the main level, where Raedric resides(M10,14). This quest can be completed in two ways. The first one is to attack Raderic. Unfortunately, he is a good fighter, which makes it difficult to kill him. What is more, you need to kill an archmage who accompanies him as quickly as possible, because he can cast powerful spells. After the battle, try to leave the throne room. Aa cutscene featuring Kolsc will pe shown. Apart from experience, you receive many reputation points in Gilded Vale.

The second variant assumes that you consent to Raedric's plan to murder Kolsc. To do this, you ned to leave the hold and go to Magran's Fork, i.e. the small location to the south of Gilded Vale. After you get there, head towards the cottage in the north-eastern part of the map (M6,3). Apart from Kolsc, you also need to kill several of his companions, and it is most important to watch out for the priestess and the rogue there. After you have murdered Kolsc, return to the hold and report to Raedric. Apart from experience, you receive lots of reputation points in the Defiance Bay.