Side quests in Valewood 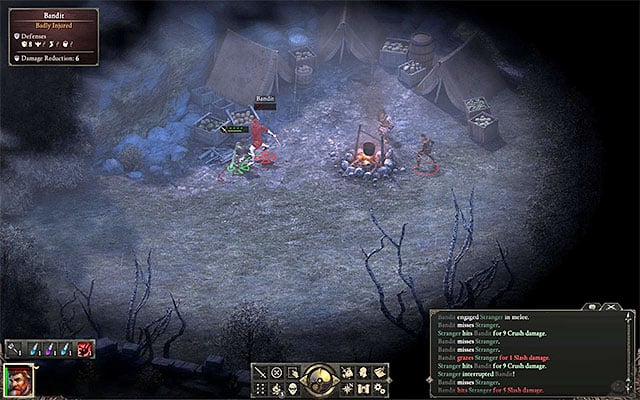 You find the cook in the bandit encampment

You can unlock this quest during your first stay at Valewood. Explore the eastern side of this location (M3,1) where you will find the bandit encampment. Start combat. If you want to, you can get closer to the opponents by sneaking, and attack them by surprise. After the fight, talk to cook Tenfrith who was imprisoned there. He will give you an invitation to an inn in the Gilded Vale. Apart from that, you receive positive reputation points in that village.

Vengeance from the Grave 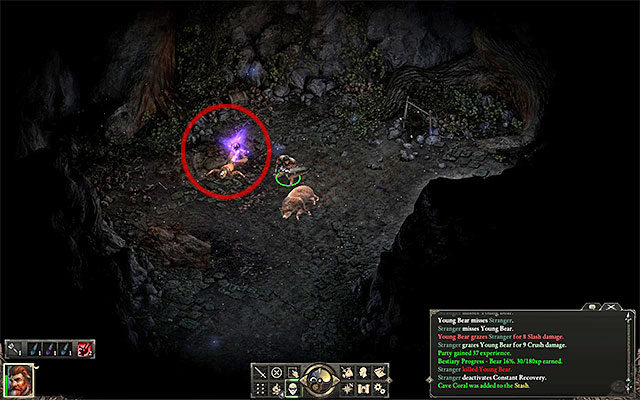 Examine the corpse in the bear's cave

In the southern part of Valewood you can find Nonton (M3,3). It is optional to talk o him, but I recommend that you do this anyway. Nonton will tell you about the death of his friend and you will be warned that there is a bear's cave nearby. Go there (M3,5). Once you enter the cave, approach the Young Bear and start the fight. Keep in mind that the bear deals a lot of melee damage; this is especially important if your character prefers fighting at range. After you kill the bear, plunder the corpse in the cave and confirm that you want to touch the Lost Soul. Regardless of the choices that you make from now on, you learn from the soul that it was Nonton who caused his death.

You can now leave the cave and take the southern exit from Valewood. Travel to the Gilded Vale and enter Ingroed's Home (M4,4). Start the conversation with Ingroed and Nonton. You can complete this quest either in an amicable or in a hostile way. If you go for the former, allow them to leave the village, either taking their gold or letting them keep it (positive reputation). As for the hostile variant, it takes place once you attack Ingroed and Nonton, or try to report them to the magistrate. It is best to start the fight once you have recruited party members, because the pair is quite strong.