You can travel through the game world with up to 5 companions. At the beginning you create only your own character, rest must be added during adventure. You can do that in two ways. First is recruitment in tavern or inn. Second is adding to the party characters met when exploring the game world. There is eight such characters in the game. Each of them has his own unique history, personality and goal he wants to achieve. Although you meet those companions in different phases of the game, they always have same level as you. After a character joins your group, you gain complete control over him, you can give him orders, change his equipment or pick skills and talents after gaining a level. You should ad all companions to the party os quickly as possible. Thanks to that, you will have more control over their abilities.

Important - If you want to remove someone from your active team then you must return to the Caed Nua stronghold and perform the changes there. There's an exception to that rule, because since the moment your team reaches its limit (6 people) you will be asked about the preferred roster each time someone new joins your party. This will give you an opportunity to make the necessary changes without going on a trip to Caed Nua. 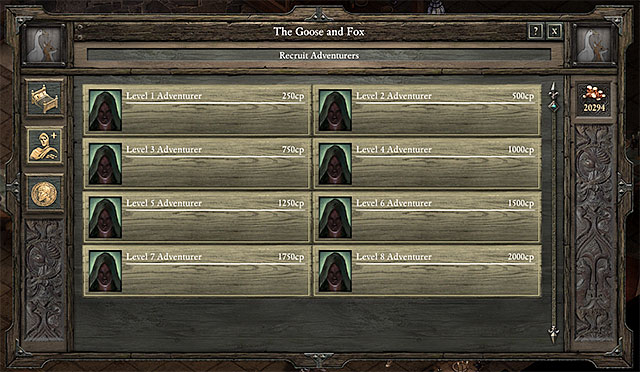 The easiest and quickest way to increase size of your party is to go to the closest inn or tavern - there is at least one in every village and city. You must talk with the innkeeper, he will allow you to recruit an adventurer. Maximum level of companion that you can recruit depends on your main character level, it is one point lower. For every adventurer level you pay 250 coins, which means that if you recruit character on eight level, you must pay 2000 for him. The only logical choice is to recruit companions on highest level possible. It is better to wait and save some money than waste time and funds on slowly developing your companion. When you decide upon a specific adventurer, you will be moved to the character creation screen, known from the beginning of the game. You can pick all parameters of your future ally. Newly created character will be on first level, but you will be able to immediately level up it to the level you have bought. 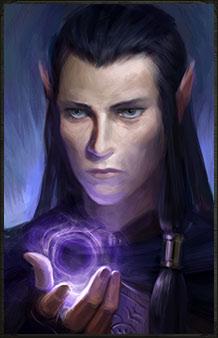 This character has equally distributed stats. Most points (16) are given to perception and intellect, rest stats are slightly smaller, which makes it hard to give Aloth a specific specialization. Great advantage of Aloth is that you meet him at the beginning of the game, it gives you possibility to pick most of his abilities and talents. When he joins your team, he has few offensive spells.

Aloth can be found in Gilded Vale near the entrance to Black Hound Inn (M4,2 in our walkthrough). You meet him during a quarrel with local community. Join the conversation, pick up the side of the wizard and he, as a sign of his gratitude, will decide to join you in your adventure. Aloth is connected to the main storyline, although not in a direct way. As you will complete successive quests, you will learn new interesting facts about your companion.

Aloth's personal quest is Two-Sided. You can unlock it by talking to Aloth after you've left the Temple of Woedica in Defiance Bay (M19,8). 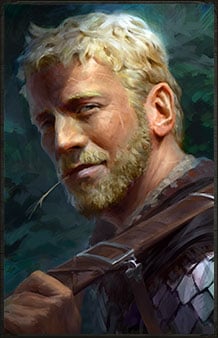 This warrior has 17 points of both might and constitution. He works much better as a warrior focused on dealing high melee damage in direct combat. You will meet him almost at the same time as Aloth, so it is possible to have influence on almost all his future decisions and talents.

Eder can be found in Gilded Vale at the left from the entrance to ruined Temple of Eothas (M4,1 in our walkthrough). After a short conversation you will learn that his relations with rest of local community are pretty bad and he is just waiting to be lynched. Because of his hard situation, he will gladly accept your offer to join the party. At the beginning Eder won't tell you what his goal is, you will learn it after more than dozen days together.

Important - Don't meet with Eder immediately after arriving in the village. Try initating the conversation AFTER you've touched Caldara de Berranzi's soul by the big tree. Performing this action is a part of the Visions and Whispers main quest.

Eder's personal quest is Fragments of a Scattered Faith. It's unlocked after he joins your party. 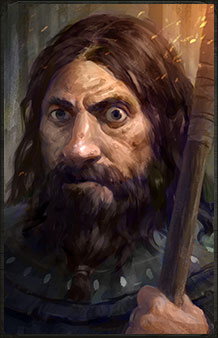 Durance, as his name suggests, has large resolve level - 18 points. But he has a low level of intellect for a priest, and his might and constitution aren't better. You will meet him early in the game, he should be more or less at third level at that point, so you will still have an impact on his future development. His abilities work best in a team that consist of maximum amount of members.

You can meet Durance in Magran's Fork, where he prays near a large monument of his goddess. This statue can be found above a crossroad in the central part of the map (M6,1 in our walkthrough). This Priest is a very talkative person, so you shouldn't have trouble with making him join your party. He quickly recognizes that you have a "gift" and decides that both of you can learn much from each other.

Durance's personal quest is Trials of Durance. It's unlocked after he joins your party. 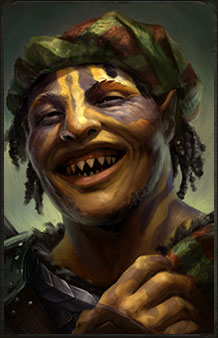 Cana has large intellect and might level. When you meet him, he should be at level 4. At this point he has pretty good phrases and invocations. His biggest weakness is his small amount of health and endurance - as a character fighting close to enemy he is usually the weakest link of your party. You should add him to your party when entering the Endless Paths, but for normal game, especially on higher difficulty level, it is better to create a different bard.

Kana stands near the entrance to your future stronghold - Caed Nua (M12,9 in our walkthrough). During conversation you should show interest in his matters and he will gladly join your team. Goal of his journey is quite interesting as he want to uncover the mysteries of Endless Paths beneath the fortress.

Kana Rua's personal quest is Time and Tide. It's unlocked after he joins your party. 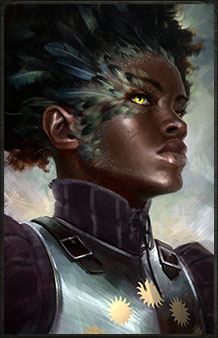 Pallegina is the most interesting of all companions. Her race is unique in the game, just as her background. She has a low might level for a paladin, only 12 points. Other stats are distributed pretty much equally - 15 resolve points and 14 perception. Her role in the party might be various, she will work nice as a tank or as a character focused on combat. When you meet her, she will be at level 4-5 so you still will have some impact on her specialization.

It is pretty hard to make Pallegina join your team. First you must travel to Defiance Bay, specifically to Ondra's Gift. There you must go to the building in the central part of the map - the Vailian Trading Company (M23,6 in our walkthrough). Inside you will meet Mestre Verzano that will give you a suspicious quest. You can complete it in various ways, but the result shouldn't impact the possibility to recruit Pallegina. After completing the quest Pallegina will stand on the left from the entrance to Vailian Trading Company. She had enough of petty tasks and she wants to discover the true threat that lurks at her homeland Vailian Republics.

Pallegina's personal quest is The Child of Five Suns. It's unlocked after she joins your party. 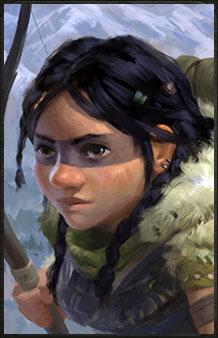 Sagani has high perception and dexterity level. Her stats perfectly suit a ranger character. She will be a valuable addition to your party. You meet her when she is around level 5 so you will have a limited influence on her abilities.

You will find her in the Woodend Plains location, on a crossroad in the central part of the map (M16,1 in our walkthrough). You must simply be nice and give her some attention and she will want to join your party. Interesting quest is connected to her. Sagani must find a spirit of her ancestor which currently resides in different body. Your task is obviously to help her.

Sagani's personal quest is The Long Hunt. It's unlocked after she joins your party. 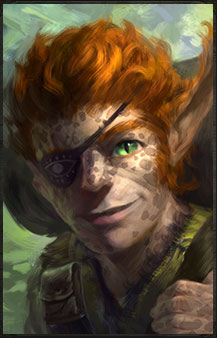 He has an equal level of dexterity, might and constitution. You will meet him more or less at the same time as Sagani and he will be around 5 experience level. He has various spells. Staelgar is his animal form.

He resides in the Stormwall Gorge location. He stands over an edge of a cliff, right from underground ruins, near route that leads to the valley (M28,3 in our walkthrough). He is a representative of Eir Glanfath culture. He research unknown species of fauna and flora and he is currently on his way to his home city - Twin Elms. Despite that, he decides to join you.

Hiravias's personal quest is True to Form. It's unlocked after he joins your party. 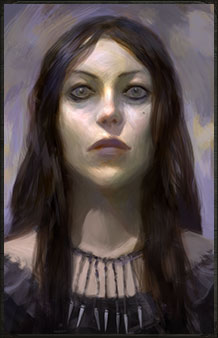 You meet her as last of your companions. At this point she can be at level 6 or even 7. She has strong spells and abilities. She has high perception and dexterity level as well - 17 and 16 points.

Grievious Mother can be found on the eastern border of the Dyrfold Village (M29,6 in our walkthrough). In theory, thanks to her powerful psychic abilities she is invisible, but you, having a gift, can talk to her. After a short while she decides to join you. Her past holds many mysteries which - if you want - you can help her discover and solve her problems.

Greving Mother's personal quest is Dream and Memory. It's unlocked after she joins your party.