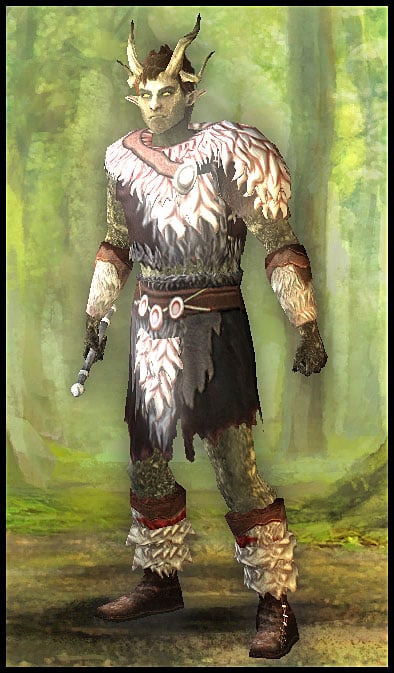 Druid is one of magic classes, but has two unique traits. He doesn't need to learn magic spells and he can transform into an animal during combat. Animal form is picked when creating character and it cannot be changed later. When druid transforms into an animal, he receives boost co combat-related stats. In his normal form he has small amount of health and endurance points and lacks defense.

Control the amount of spells you can cast from a specific level.

Druid has access to all spells from the beginning of the game. When he gains level, he automatically learns all new spells. But the limitation of amount of specific level spells casted between resting is still there.

Race - nature godlike is the best choice, both because of its +1 intellect bonus, and the immersion of future gameplay.

Spiritshift - each druid has mastered one animal shape. It is used usually when you want to fight closely to enemy. You can use animal form only three times before you will need to rest. You can choose from five forms, each has different traits: 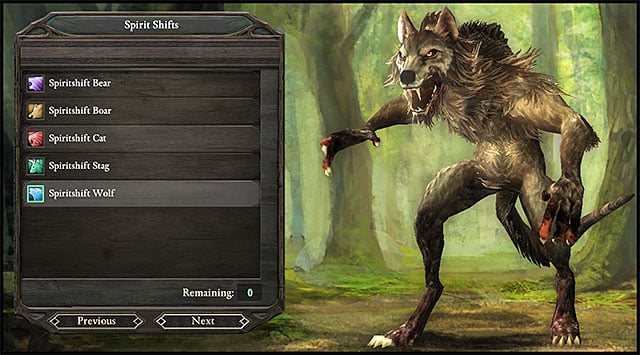 Think about picking an animal form. You won't be able to change it later.

Attributes - You should spend most of attribute points on intellect and might. Ratio between one trait and another should be around 19:16. You can lower dexterity or perception by one or two points and give them to resolve.

Background - pick a biography that will give you survival bonus. Explorer will be best.

When developing a druid class, use most of points equally on survival and lore. Add some points to athletics as well, especially if you want to use transformation into animal frequently.

Be careful when you cast a spell. For example, Hail storm can do more harm than good.

When casting some spells with area of effect, you might see two circles. In the smaller one damage is dealt both to enemies and allies. In the space between smaller and larger one only enemies receive damage.

Equip robes, and if you want to use animal form frequently, then leather armor.

Use your spells sparingly during combat. You have a limited amount of them, and not always you can set a camp. When fighting weaker enemies, use animal forms.