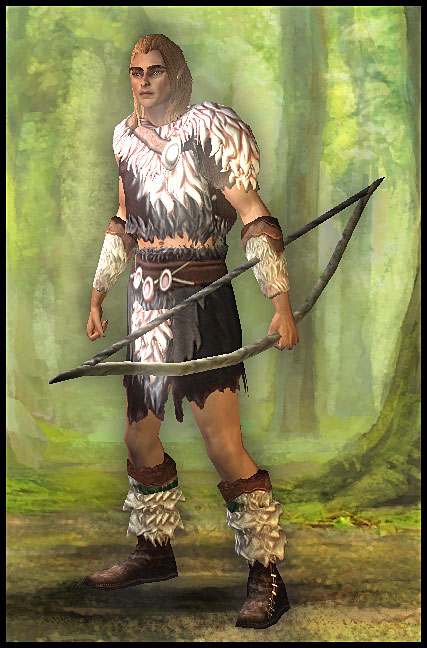 Ranger is one of few classes that focuses on dealing damage with ranged weapons. He is different from other classes by having an animal companion that follows you during the game and support you in combat. Depending on what animal you choose, his role in the team will be different. The hunter himself has very little health points. His defense is decent and he's shining when it comes to attack strength and aiming.

Most of archer skills are special ranged attacks that either deal more damage or weaken the enemy. Those are rechargeable abilities, which mean that after using them they replenish to the maximum level after the battle.

Race - wood elf is best choice as not only does he gives stats boost (+1 to dexterity, +1 to perception), but he has a very good race ability as well, that increase accuracy and attack speed whenever enemy is more than 4 meters away from the hunter.

Abilities - Wounding shot, which weakens enemy and deals him small amount of damage, will be best for the beginning.

Animal companions - during character creation you can choose your animal companion. Available animals are divided into three categories: 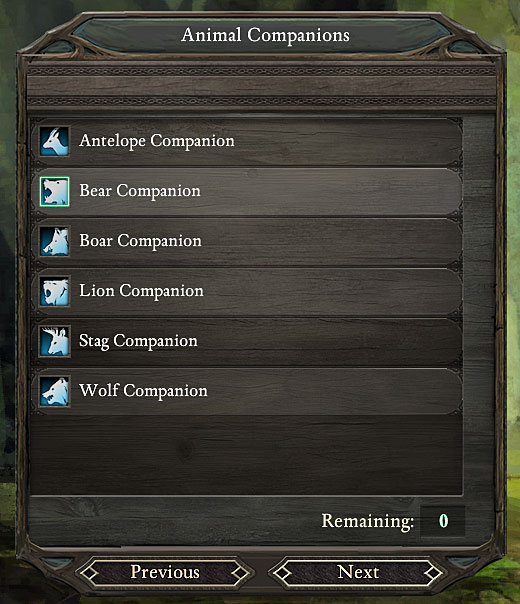 The lower in the list an animal can be found, the less recommended he is for beginners.

Attributes - spend ability points mostly on dexterity and then might which can be 2-3 points lower. You can use few points o perception as well. You are allowed to reduce intellect and resolve.

Culture - you should decide on culture that will give you +1 to dexterity - Deadfire Archipelago.

Background - hunter or drifter are best choices as they have +1 bonus to stealth and +1 to survival.

When allocating skill points gained with each level, you should focus on survival and stealth. Don't forget about adding few points to athletics as well as it will improve your condition.

Keep yourself as far away from enemy as possible. Take advantage of your weapon's reach.

Use the right skills at right time. Especially the wounding shots. This skill should be used at the beginning of battle. Thanks to that, enemy will be weakened for the whole fight.

Don't forget about your pet. If he is focused on defense, let him go in first line. Keep a lion or stag in the second line. Wolf is perfect for far scouting.

Your animal cannot die, he only loses his consciousness, so don't be afraid to send him to the center of the battle. 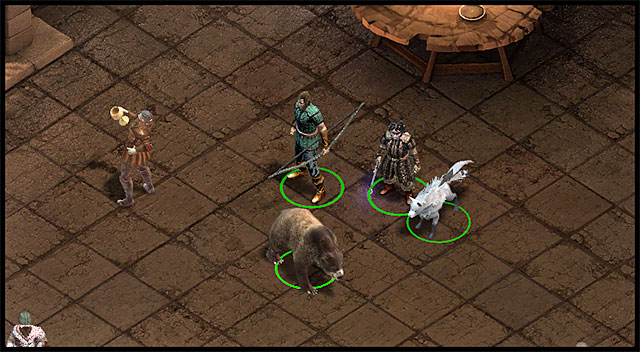 You don't need to limit yourself to only one ranger in the party.

Use leather armor if you tend to end in close combat. If you stay at the back all the time, then you can use light armor.

Apart from ranged weapon, have something to melee combat as well, it will come in handy whenever enemy gets to close.