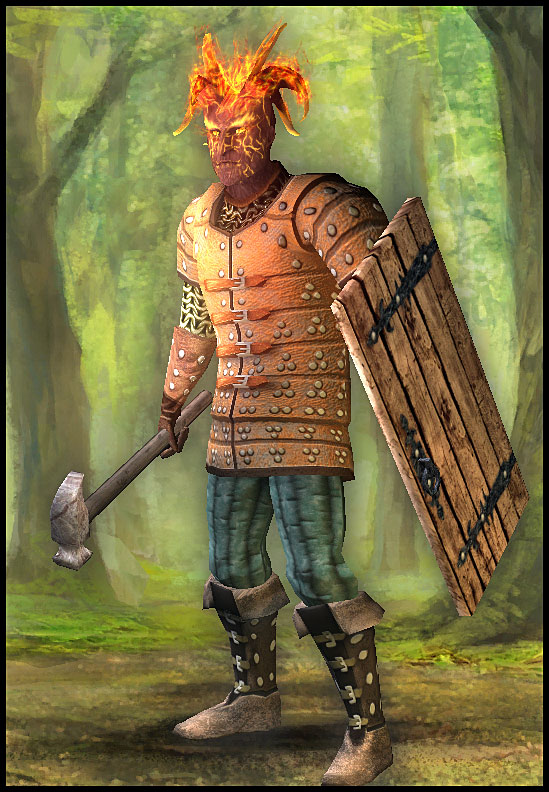 Paladin is a warrior that supports his attacks with magic Similarly to fighter, he has lots of health points and endurance and also great defense. The necessity to choose an order to which paladin belongs is important. Order determines with what bonuses to specific character traits you begin the game. At some points in the game, you can gain thanks to it new dialogue options or pick different quest ending, but those changes are small and not important.

During battle, Paladin has both melee combat abilities and magic. But his magic has only supporting role. It is hard to create a paladin that will be focused mainly on spells. Most of his abilities recharge after every battle so paladin doesn't need to rest as frequently as magic classes.

Race - in case of paladin it isn't very important, so pick one that you like the most.

Order - every paladin is a member of specific order. You can choose from five of them:

Each order has different rules and is perceived differently by various social classes. If you create a calm character focused on defense, then Shieldbearers of St. Elega will be perfect choice. If your paladin is focused on attacking, then think about choosing Bleak Walkers. If you want your character to be liked by most people, then pick Kind Wayfarers and if you want to be respected, then Goldpack Knights will be best choice. 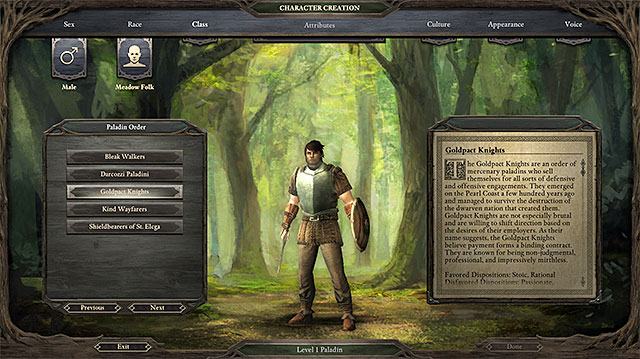 Order is not a factor on which you should build your character.

Paladin abilities - you can pick one of two abilities when creating paladin. Lay on hands will be better as in case of lack of right support from your allies it might determine your life or death.

Attributes - spend most attribute points on constitution, use around 17-18 points on it. Depending on whether you want to focus on melee combat or magic, improve might or intellect as well.

Culture - you should be interested in one of three cultures: The Living Lands, Rauatai or Old Vailia.

When spending points, you should give them to athletics, survival and lore. In that exact order.

Paladin should stand in the first line and protect other party members.

Paladin should use heavy armors. In case of character focused on defense wear plate armor, and in case of mixed character - mail armor or brigantine.

Make sure to have the best possible weaponry. If you have enough money, you can buy a good armor or shield

Use potions and food. First ones will save you in combat, second will increase your endurance for some time.

You have pretty strong spells, especially on higher levels, don't forget to use them.