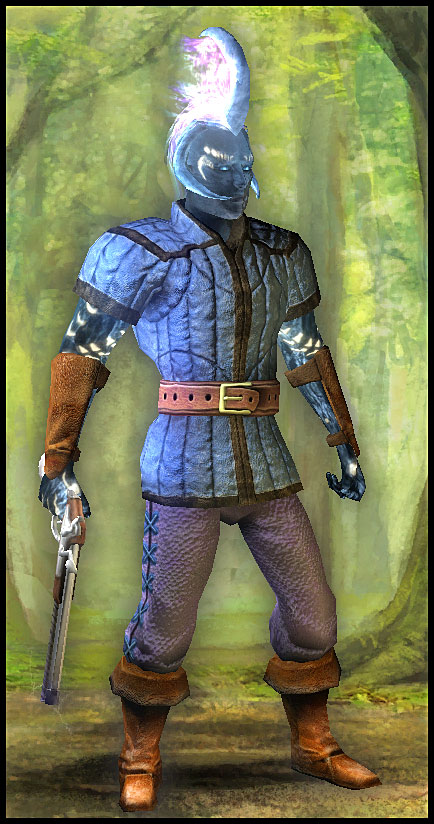 Cipher is a character that has paranormal psychic abilities which allows him not only to contact spirit world, but influence it as well. He can use it to weaker enemy or even give him some direct damage. This class has low endurance and health. Deflection on the other hand is pretty high.

Cipher abilities are divided into six levels from which each is unlocked every two character levels. Used correctly they will have vital impact on the outcome of battle. But this character must help himself with conventional weapon, preferably ranged one. This class is recommended for more experienced players, it forces you to pick successive spells wisely, both when gaining level and in battle.

Keep an eye on your focus level.

Cipher requires a specific level of focus to cast a spell. Its current state is shown in the right lower corner of character icon. When battle starts, focus is at maximum level and every spell takes a specific amount of it. To recharge focus level, you must attack enemy with Soul Whip ability activated. Cipher will suck part of enemy soul and increase his focus level. Focus recharge automatically after every battle.

Race - In case of cipher the best choice is godlike, sub-race is less important.

Powers - You can choose between two powers when creating character. Mind wave will be the best choice for the beginning, as it is a good offensive attack - not only it deals damage, but it knocks down enemies that are nearby as well. Soul Shock should be your second power, which is offensive as well. Remember that you must be careful with spells as they might damage your companions as well.

Attributes - intellect is most important attribute of cipher. You should improve it to maximum level. After that, increase might and dexterity to 15-16 points. You can lower perception and constitution - even by 8 points.

Culture - Intellect is most important for cipher, so you should pick from two territories that give you +1 to it - Rauatai or Old Vailia.

Background - Choose a background that will give you bonus to intellect. Like aristocrat or scholar.

Use most ability points on lore. You can improve athletics and survival by few points as well. First levels are rather cheap and they will allow you to fight longer and use potions more effectively.

Stay as far away from enemies as possible, you have very little endurance points and virtually no armor. Don't even try to get into fight, just run away to safe distance.

Keep controlling your focus level. Don't forget to activate your soul whip ability whenever you use regular weapon.

Attack speed is most important, so use light armors, preferably robes.

Try not to enter any rooms as first of your party, all enemies will focus on you.

Keep attention to what skills are you using. In case of very strong enemies it is better to weaken enemy that to deal him small amount of damage.

Keep attention to your equipment, bonuses that an item gives is more important than armor. If you have more money, buy a good ring or amulet.