In this chapter of the Phasmophobia guide, you will learn what difficulty levels are available in the game, how they differ, and whether the difficulty level can be changed during the game.

In Phasmophobia players can take on the role of ghost hunters and will have the opportunity to visit many interesting locations - houses in the cities, farmhouses, and even a school. The developers have divided the maps available in the game into three levels of difficulty: amateur, intermediate, and professional, which are quite significantly different from each other. 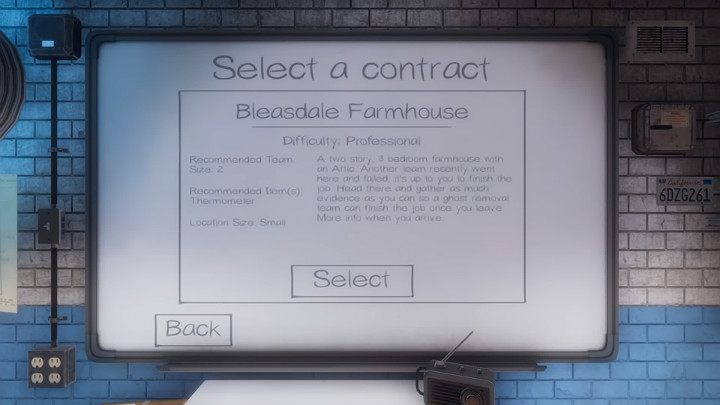 Every novice ghost hunter starts his adventure on small maps with the amateur difficulty level. This is an excellent opportunity to learn the basics of the gameplay and get acquainted with the main mechanics of the game: the use of objects, obtaining evidence, as well as defense against ghosts. At an amateur difficulty level, players can take advantage of the setup phase, (which lasts up to 5 minutes) during which they can explore the building and look for the necessary evidence without being immediately attacked by ghosts.

Access to intermediate difficulty can be unlocked after reaching level 10 of experience. Players can still use the setup phase, but its time has been reduced to 2 minutes.

Access to professional difficulty can be unlocked after gaining level 15 of the experience. Since the professionals certainly know what they are doing, there is no setup phase, so you need to be on your guard from the very moment you cross the threshold of the building.

Due to the lack of a setup phase before entering the building, it is worth placing the necessary equipment right in front of the door, so you won't waste time running to the truck.

Can you change the difficulty level?

In Phasmophobia, the same maps can have different difficulty levels if your character has gained the right level of experience. However, you can not change the difficulty yourself. The tasks you can choose change, so it may happen that one map will have an amateur difficulty level, and after creating another server - an intermediate or professional difficulty. 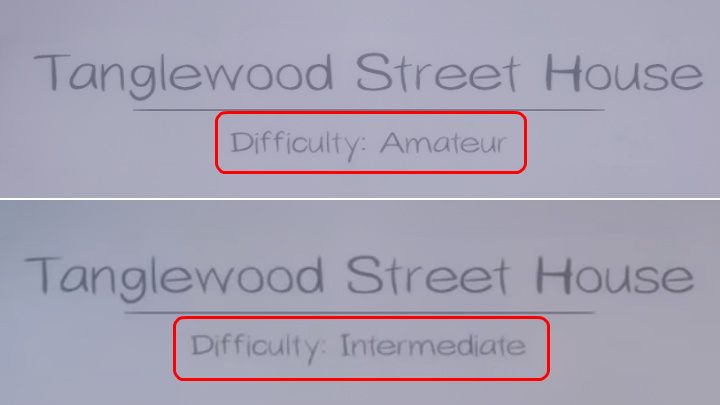 The number of available maps on a given server can also differ, and it's random - sometimes, there will be only 3 maps, and other times 4 or even 5. It is possible that this will be changed at a later time and won't be so confusing.

If you want to complete a certain map at the right difficulty level, check different public servers, or create your own game several times until you get the right combination.