The quest begins automatically when you reach Nameless Isle. Its objective is to open the Lunar Gate and reach The Academy. 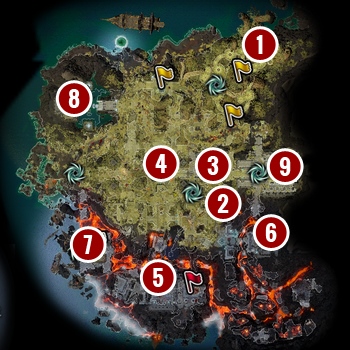 2. Temple Of Rhalic - Entrance to The Cave

9. Lunar Gate - Entrance to The Academy

Right after you come ashore, you'll stumble upon a large number of dead magisters. Proceed and you'll encounter a fight between the Black Ring and more magisters. You can pick a side and take part in the battle. Either side can help you with your objective.

Assuming you've saved Delorus in fort Joy, he will be present near the battlefield. He'll inform you that the group of magisters is Alexander's flock [1]. He'll ask you to escort him to Alexander's location (see the quest A Familiar Face).

You'll have to confront Alexander at the Temple Of Tir-Cendelius. That's when you'll have to make your final choice.

If you decide to side with the Black Ring, you'll have to kill Alexander and take his head to Sallow Man [2]. In return, he'll help you get to The Academy.

If you decide to help Alexander, you'll have to kill Sallow Man. The fight will be difficult, all the more so because Sallow Man regenerates after each successful attack. Once you defeat him, you'll find the Phase Capacitator on his body. The item will be needed to open the Lunar Gate [9].

If you'd rather not take sides, you can kill both. Anyway, you'll learn how to get to the The Academy and acquire the Phase Capacitator.

Your next step is to find all six altars dedicated to different gods. You'll need to pray in front of them to learn the object that represents each of the gods. Two of the altars will be discovered when completing Up In The Clouds and Running Like Clockwork.

In some cases, if you mess up the prayer, you may get a debuff. It can be removed using the Bless skill.

Once you get to know the representations of each of the seven gods, head to the Lunar Gate and activate them respectively:

To finish, drop the Phase Capacitator on the trapdoor and pull the lever. 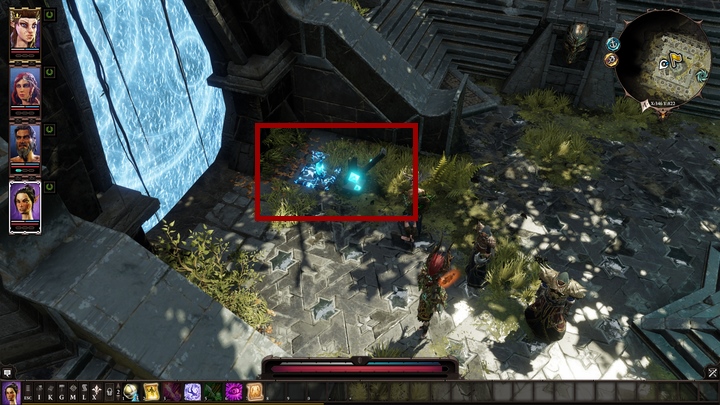 But before you enter The Academy you'll have to talk to your party members and convince them to stay with you. Otherwise, you'll be entering alone.