In Divinity Original Sin 2, in the center of The Gargoyle's Maze you can find a burning person that calls for help. The Historian is cursed to suffer forever in fire (Hellfire status) and these flames can't be extinguished with water. Our guide shows a way that has 100% chance of succeding. You simply have to follow the instructions that are below. So, how to get rid of Hellfire and Curse statuses and, what is the most important thing, how to extinguish The Historian in 3 steps? 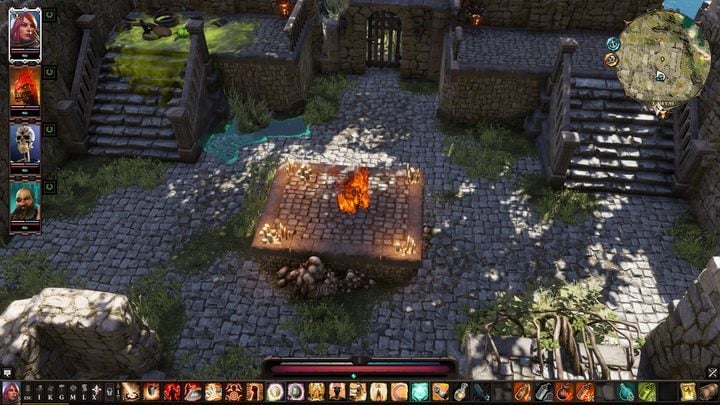 The Historian has Hellfire status which can't be extinguished with regular rain or water.

Step 1: Create a pool of blood!

You need a blood pool somewhere near the suffering Historian. You can do that in a few ways:

You have a blood pool. Now, you must teleport the suffering man right on it. 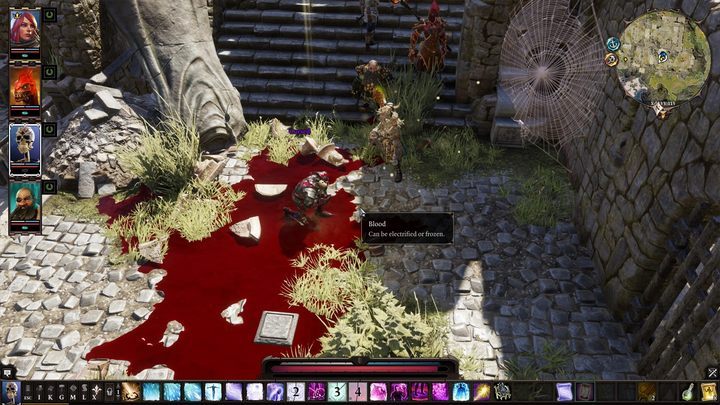 Blood extinguished the flames. Now, it is time to use Bless spell.

Step 3: Cast Bless on The Historian!

The flames disappeared but you can notice that The Historian has Cursed status effect on him. He will also say out loud that although he isn't burning anymore, he is still wounded. There is one thing that you can do:

What you should not do?

These three steps can help you in removing the spells from The Historian and, after that, you will be able to speak with him. You learn who he is and why he ended in a such bad situation.