This page of the Divinity Original Sin 2 guide contains a detailed description of Metamorph. You'll get acquainted with the basic information on this class, recommended playstyle, as well as its biggest advantages and potential disadvantages.

Metamorph is a rather unique class that is great for fighting on a front line - it focuses on dealing damage by using two-handed weapons but its effectiveness is mainly based on Polymorph school. Abilities from that school allow to deal damage and influence both a Metamorph and enemies by inflicting various status elements on them. 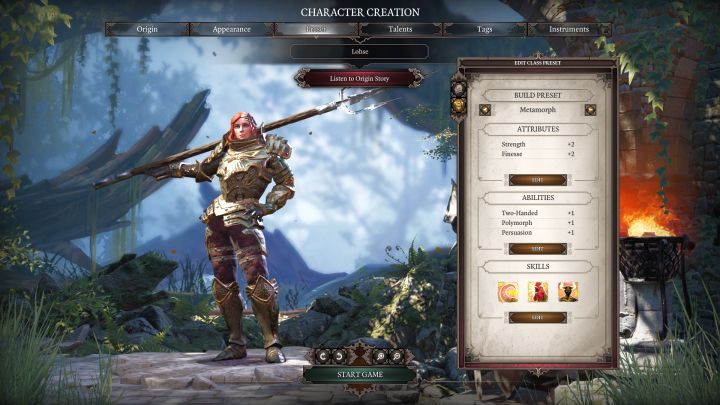 Metamorph in the class selection screen.

Opportunist - this talent allows you to perform surprise attacks when an enemy pass by that character or when they want to move away from a Metamorph It doesn't activate when an enemy performs an attack or action that doesn't require them to move.

A Metamorph has access to one school, Polymorph, which means that they can choose from 4 starting abilities. Three default skills are the best ones so you shouldn't make any changes here - Chameleon Cloak won't be useful to a character that fights with a two-handed weapon. Because of that you should use Tentacle Lash, Chicken Claw and Bull Horns.