Divinity Original Sin 2 introduces a rather important new feature for the races available in the game - elves are characterized not by their exceptional beauty and longevity but by Corpse Eater talent. It allows them to eat corpses - body parts, to be more precise. This page of the guide explains the mechanics of Corpse Eater talent - you will learn what bonuses you get by eating corpses.

What do I get by eating corpses?

This has two effects - in most of the cases, it simply inflicts a rather strong regeneration but sometimes, during a moment of eating a "unique snack", a character can learn new skill (which is described later). 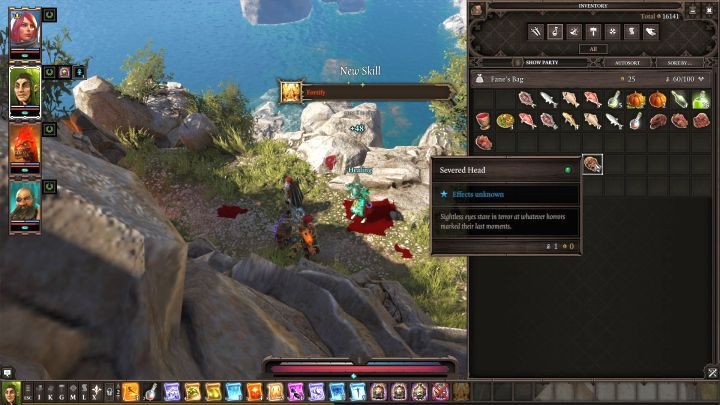 Corpse Eater is an interesting talent that allows you to learn additional skills.

Warning - this mechanism is very bugged. Sometimes, eating a body part may not give you a desired skill. Because of that it is recommended to save your game before eating a body part - you can try again if you encounter a bug. What is more, after eating a body part you won't see a communicate that you have unlocked a new skill - even though it was unlocked.

By consuming body parts, you can learn the following skills:

Warning - if you have problems with locating the places described above, you should check out the chapter with map of Fort Joy [M1].

Body parts can only be consumed by elves and Undead that were turned into elves - you can read about that in "Mask of the Shapeshifter - how to find and use it" chapter. The skills still have their requirements - for example, fortify requires you to have Geomancer ability at, at least, level 1.