Divinity Original Sin 2 gives players a lot of freedom and doesn't restrict them in how they want to complete a quest or make decisions. However, this page of the guide contains certain actions that should be avoided if you don't want to add more difficulty to the game (or even make it impossible to play).

1. Don't attack every character that you come across. Everyone wants to feel powerful when they play an RPG game, however, fighting with everyone can lead to deaths of many characters and that can make you unable to start or complete some of the quests because those characters were essential to complete them. A short moment of fun can cost you a lot of experience points or loss of valuable items. 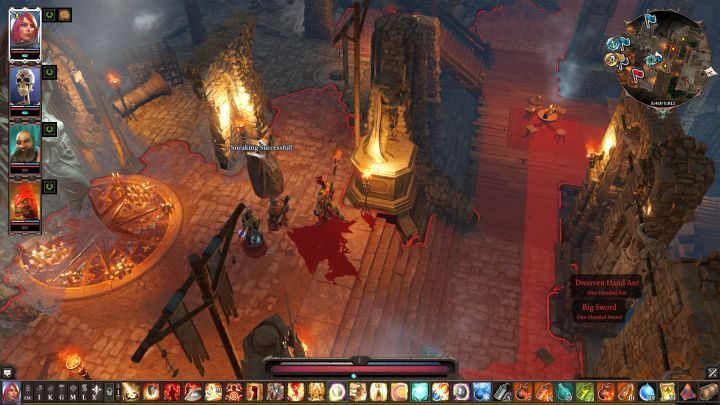 Before you try to steal something, you must be sure that no one will notice that.

2. Don't steal everything that you find - and if you have to, do it skillfully. Each attempt at stealing can end in worsening your relations with other characters and, most of the times, you will also have to explain yourself. When this happens, you must use Persuasion skill or money if you want to avoid problems - otherwise, you will have to face the victims. If you want to be good at stealing you can check out information in "How to steal and not get caught?" chapter.

3. Don't waste your money on things that you don't need. Gold is always useful - even during the later parts of the game, when you carry a few thousand coins, you can quickly spend your entire fortune only on a few items. If a given item isn't useful to you, don't buy it - equipment can be acquired and a crafting material will most likely appear in merchant's offer again. 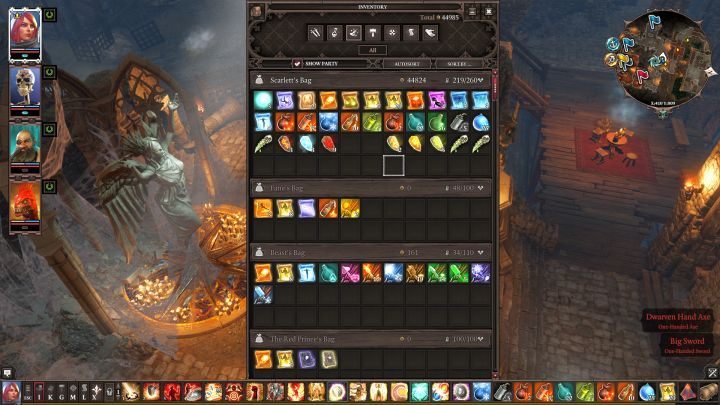 Saving too much consumables leads to overcrowding your equipment.

4. Don't save grenades, scrolls or potions. Yes, they are valuable, but their amount in your equipment increases rapidly. There is no point in "saving for later" - that "later" never comes and after 20 hours into the game potions and grenades will take about 2/3 of equipment space.

5. Don't skip side quests. The game offers hundreds of quests and rewards for some of them aren't proportionate to amount of time dedicated to them, however, you should always try to complete side quests. You can't fight with enemies infinitely because there is a specific number of them and a lot of experience comes from those quests - if you skip them you can quickly lead to a situation in which your team becomes too weak for you to continue playing. Descriptions of all quests can be found in the later part of this guide.

6. Don't ignore the power of crafting. Players can use hundreds of recipes (all of them are described in "Crafting" chapter) and a lot of them is useful - a good examples are runes that, when placed inside of a weapon, increases its effectiveness, ability to create arrows or combining a few weaker potions into a more powerful one.

7. Don't finish movement of your character on an oil and don't stand next to explosive barrels. Most fights that you participate in are carefully prepared by the developers - because of that you can notice barrels with oil or poison placed in strategic places. There is a big chance that an enemy can use them if you stand next those objects during a fight.

8. Don't waste status inflicting abilities on enemies with full physical/magic armor. Inflicting statuses on enemies is the easiest way to start a fight but remember that: there is a good chance that if an enemy has a lot of physical or magic armor then your spells/abilities can be parried and you will waste your action points on nothing.