Note: It's worth to do this quest, because reward will give you the Teleport skill. 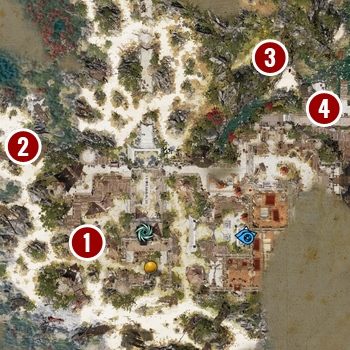 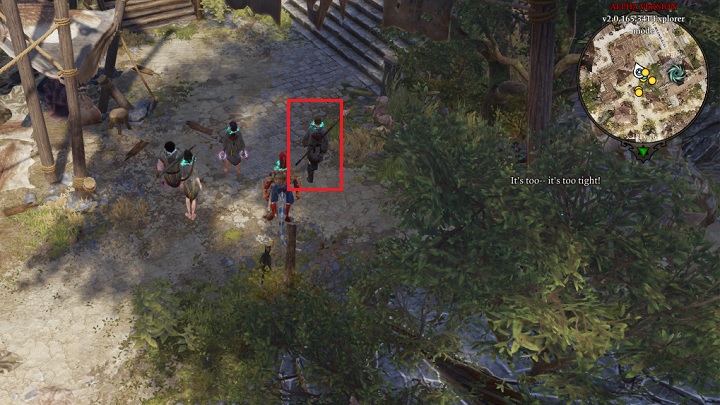 When exploring Fort Joy Ghetto you will encounter a mysterious person, who will ask you whether you are alone. You can confirm it, even if your team is standing right next to you. If you choose another dialog option, you will not be able to start this quest.

If he has accosted you earlier and you ignored him, you can pick another party member to talk to him and you will be able to start this quest.

Assuming that you have agreed to "leave" your party, Gawin will tell you his secret escape plan, but to perform it, he will require your help. In itself, this quest may be very difficult at the beginning of the game. The recommended experience is, at least, 4.

Your help is about retrieving an artifact that allows teleportation over short distances. You can find Teleportation Gloves on the beach, guarded by three very dangerous crocs. If you keep them at bay, there should be no problems eliminating them, but you should be careful with imposing effects on them, because by attacking, they can transfer those statuses over to your party members. In particular, pay close attention to the crocodile surrounded by a magical barrier. He is wearing teleportation gloves, which allow him to get closer to your team. Avoid the fire attacks and be careful with adding more statuses, as during an attack one of your team members might be affected by them.

After the fight, take the teleportation gloves off the crocodile and return to Gawin. The important thing is that the character that accepted the quest is wearing the gloves during the conversation. This is the only way to make the specific dialogue option appear.

Gawin will be very happy with the fact that you managed to retrieve the gloves and he will ask you for help with the plan. Follow him, with your party, to the Hidden Alcove, where you can help him escape. There are two ways you can do this. 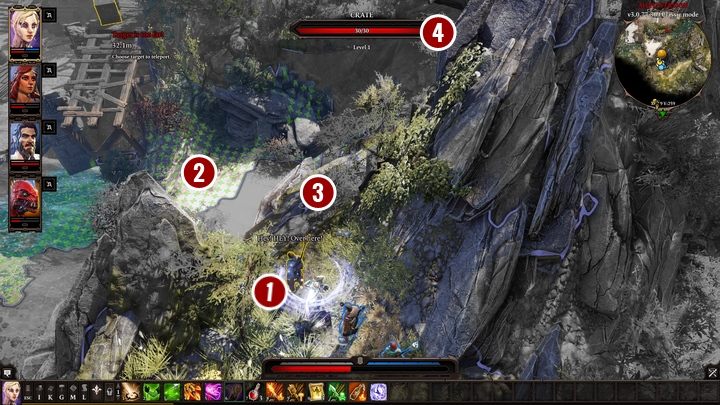 Teleport Gawin onto a beach

In this case you have to teleport Gawin [1] to one of the available places on the beach [2]. After Gawin lands on the beach it turns out he is unable to help you from there.

Teleport Gawin onto the cliffs

This is the option that Gawin cares about most, as it allows him to get directly to the harbor. Initially, you have to teleport him onto a cliff [3] located just below the final destination. Then, Gawin will teleport you to the same spot and ask to transport him onto another cliff [4]. After you do this, Gawin abandons you. 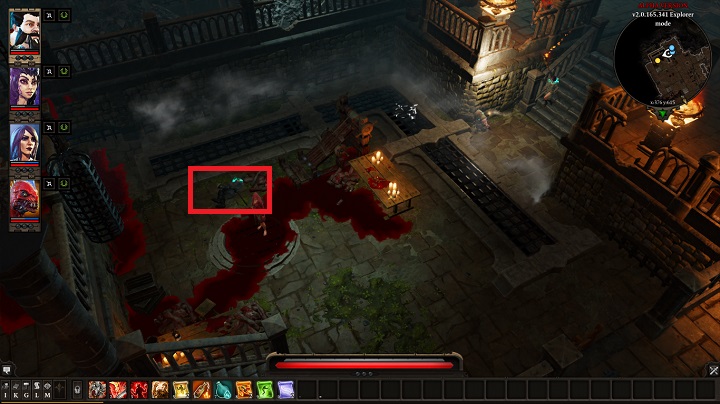 At this moment of teleportation the quest ends. If you are interested what happens to Gawin you can follow him using the teleportation gloves. It is enough to teleport all your team members to a particular place and then using the equipment menu, give the gloves to someone else, who has already been relocated. In both cases, you can participate in the fight and save Gawin. However, he will be attacked first and, in addition to that, he has no additional armors so he can die easily.