Here, you will find descriptions of two side quests. They are relatively short, but it is a good idea to complete them after you arrive in Fort Joy Ghetto. 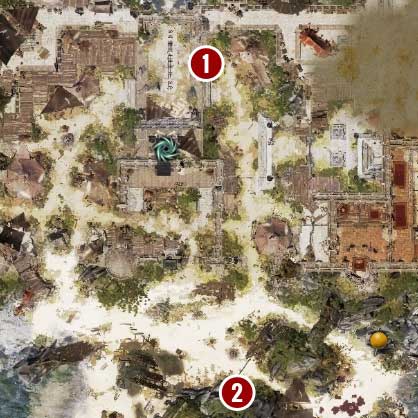 1. Fort Joy Ghetto - The beginning of the quest 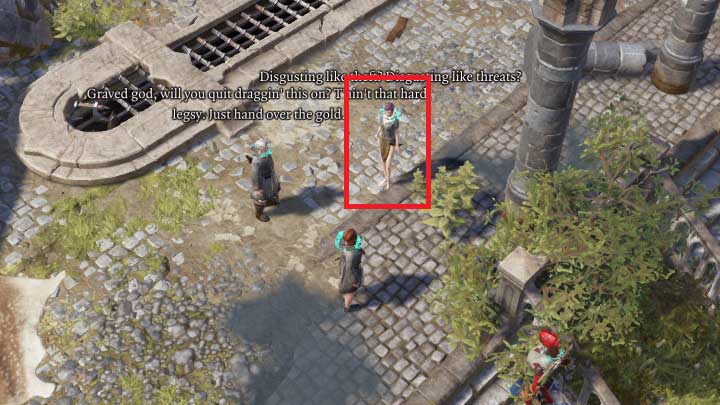 Right after you enter Fort Joy Ghetto, you will notice three NPCs talking to each other. If you cut in, you will learn that the elven girl Elodi is overdue with her protection money that all the interned pay to the overseer of the camp. Because of that, he sent two goons to chase her down and demand the payment.

If you side with the girl, the goons will start a fight with you. They will first attack Elodi, so you have to act fast and effectively. It is best to come closer to them before you join the conversation, thanks to which you will not lose AP on approaching them after the fight starts. 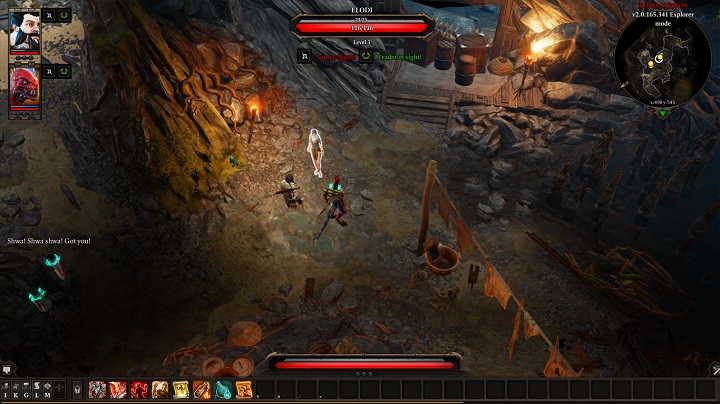 After you win the fight, Elodi will take you to Caverns, where you learn several curiosities about the location. After you have exhausted dialogue your options, the girls will reward you with Severed Head. If you have an elf on your party, you can use the Corpse Eater talent to enrich his array of abilities.

If you side with the attackers, you will fight on their side, against Elodi. The elf is dangerous, but she should not be a threat to you and it is highly probable that she will attack the goons, if you do not act fast.

If you help them defeat Elodi, you will receive experience points for the battle, but no further reward or gratitude.

If you join the conversation but eventually decide that you do not want to take any part in the quarrel, you will witness Elodi deal with the attackers and escape. Afterwards, you will find her in Caverns, but you will not be able to talk to her.

If you do not take any action, of the available ones, you will find Elodi's corpse here, after some time. This will make the quest inaccessible. 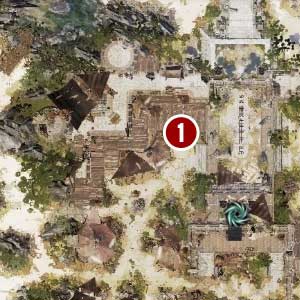 Right next to the gate of Fort Joy, you will meet Fara[1], who is looking for her child. If you ask her if you can be of any help, she will give you her daughter's doll and ask you to find her.

Right next to her, there is Jeth[1]. If you talk to him, he will tell you that Fara indeed needs help, but not with the search. He says that the woman has gone insane after she lost her daughter, because Erma died some time ago and she has never been to Fort Joy.

You can go to Fara and tell her that Erma is dead. Fara will quickly realize that you have talked to her companion and she will accuse him of lying. This will end the quest.