When you enter another room, you will meet everyone that stayed with you on Lady Vengeance such as Malady or Tarquin. They will dedicate a prayer to you. Thanks to that, you will be able to replenish all your Source Points. 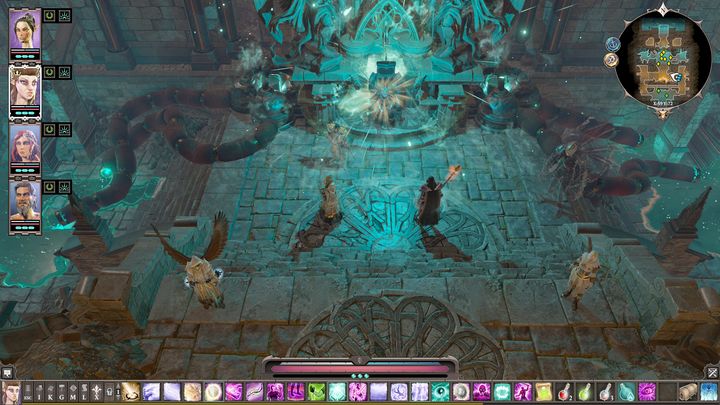 Lucian explains why he faked his death. He also reveals you his plan. In addition to that, Dallis will reveal her true form. She also proposes an arrangement in which you must sacrifice your soul.

Rejecting her offer means that you will have to face Lucian and Dallis. Don't waste your energy on others. Focus on killing one of these two enemies. This moves you to another stage of the fight during which you must face Braccus Rex

However, if you decided to sacrifice your soul then the fight will automatically proceed to the second stage. Dallis and Lucian are now your allies. This choice doesn't block you from any of the endings.

During the final fight Braccus Rex is assisted by Kraken who can also summon other enemies such as Undead Linder Kemm. 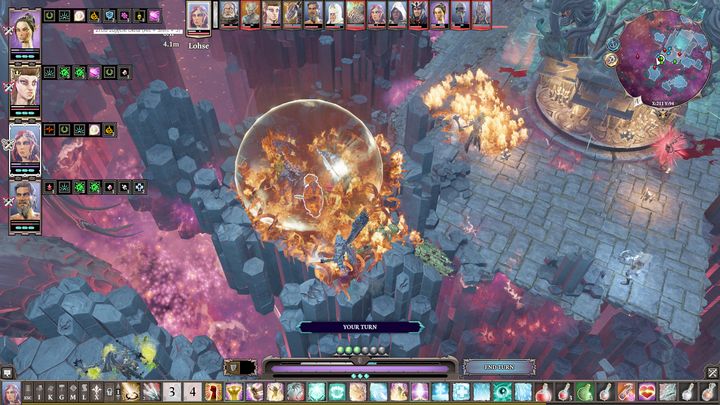 Just like in the first stage, you should focus on Braccus. His death ends the fight.

Warning: If one of your companions was dead before Braccus Rex's death then that character will remain dead forever. Also, some of your companions may want to become a new Divine. You can agree or refuse. If you won't do that then you will have to face them.

You must now choose one of the available endings. After that you are moved on Lady Vengeance where you can have a final conversation with your allies. Speak with The Figurehead to finish the game.